Alcohol is one of the most commonly used mind-altering substances in the United States, with the National Institute on Drug Abuse (NIDA) publishing that over 80 percent of the population over the age of 11 reports alcohol consumption at some point in their lifetime (2014 data). Drinking alcohol is popular, social, and common. However, the Substance Abuse and Mental Health Services Administration (SAMHSA) reported that over 17 million American adults battled an alcohol use disorder (AUD) in 2014.

An AUD comes with many health, social, emotional, financial, and behavioral risk factors. One of the potential side effects of an AUD is alcohol dependence and withdrawal. The New England Journal of Medicine (NEJM) publishes that around half of those suffering from an AUD will experience withdrawal symptoms when they stop drinking alcohol.

Alcohol is a central nervous system (CNS) depressant that lowers the functions of the CNS, like heart rate and blood pressure, and the responses related to stress. Alcohol interferes with some of the brain’s natural messengers, called neurotransmitters, like dopamine and gamma-aminobutyric acid (GABA) as well.

Dopamine is the brain chemical that makes people feel good and may be one of the reasons drinking is pleasurable to many. It is usually stimulated by positive experiences, and reward pathways in the brain are reinforced by its presence. GABA acts as a kind of natural sedative, reducing anxiety, and slowing some of the brain’s nerve firings. This results in lower heart rate and blood pressure, less stress, drowsiness, a reduction in inhibitions, impaired motor skills, and reduced cognitive abilities. When a person regularly introduces alcohol into the body, these neurotransmitters are disrupted, and their natural production and movement through the brain are affected.

A physical dependence can occur with chronic alcohol use as some of the brain’s circuitry and regular movement of its messengers is altered. Once a dependence on alcohol has been established, withdrawal symptoms may be common when alcohol wears off or stops being effective in the bloodstream, which may occur 6-24 hours after the last drink, The New York Times reports.

Symptoms, Side Effects, and Duration of Alcohol Withdrawal

The active ingredient in alcohol, ethanol, is considered a short-acting substance that starts working pretty quickly and then wears off quickly, according to NEJM. Since alcohol is a depressant, it slows down many bodily functions. When it wears off, these same functions may become hyperactive in response to not being suppressed anymore. Heart rate, blood pressure, body temperature, and stress levels may rise. Also, GABA and dopamine levels may dip in someone whose brain has become accustomed to alcohol stimulating their production, and without further interaction, levels may drop, increasing anxiety and making it hard for a person to sleep or feel pleasure without alcohol. Restlessness, irritability, muscle tremors, hypertension, insomnia, depression, inability to concentrate or focus, sweating, and an irregular heart rate are all common side effects of alcohol withdrawal. Other symptoms, such as headache, nausea, vomiting, diarrhea, clammy skin, fatigue, nightmares, inability to think clearly, dilated pupils, mood swings, jumpiness, loss of appetite, cravings for alcohol, and nervousness, may also accompany alcohol withdrawal.

Alcohol withdrawal may be mild, moderate, or severe. The level of severity, as well as the duration of withdrawal, may be related to how dependent the individual’s brain and body are to alcohol. NEJM states that alcohol withdrawal symptoms typically peak in about 3 days, tapering off after 5-7 days of sobriety.

Dependency is influenced by several factors, including:

The more heavily dependent a person is on alcohol, the more significant alcohol withdrawal is likely to be. Most of the physical side effects of alcohol withdrawal likely dissipate within a week, while some of the psychological ones may linger longer.

In addition to the regular side effects of alcohol withdrawal, symptoms of DTs also include:

Alcohol withdrawal can be both physically and psychologically significant in individuals suffering from alcohol dependency or addiction. A form of acute alcohol withdrawal, called delirium tremens (DTs), is the most serious. The NICE Clinical Guidelines estimates that around 5 percent of individuals battling alcohol withdrawal will experience DTs, which can be fatal without swift medical intervention.

DTs may not start right away but can take a day or two to present, making it vitally important to only attempt detox with trained medical professionals present. Medical detox is a method of helping to safely remove the alcohol from a person’s body while managing withdrawal symptoms and cravings. A medical detox facility can provide medical and mental health care around the clock. Vital signs are monitored, mental health is supported, and physical side effects are often eased with the help of medications or supplements. Detox typically lasts 3-7 days, although everyone is different. Detox programs should be individualized to suit the particular needs of each person.

Call now, be in treatment within 24 hours.
Don’t let the devastating side effects of addiction go on for another day. If you or someone you love is struggling with addiction and are ready to start the treatment process, call us today at . Oxford Treatment Center, American Addiction Centers’ Mississippi alcohol detox center, is ready to help you get the treatment you need today.

What Medications are Used for Alcohol Withdrawal?

Symptoms of alcohol withdrawal, both emotional and physical, can be minimized with the help of medications during medical detox. Individuals at risk for DTs may benefit from intravenous (IV) fluids. Heart rate, blood pressure, respiration rates, and body temperature should be continually monitored, and medications may be useful to keep these levels stable.

In other cases, medications are useful in targeting specific symptoms, like anti-nausea drugs for gastrointestinal issues, for example. For alcohol withdrawal side effects during detox, benzodiazepine medications are typically used as they help to prevent seizures, provide anxiety relief, and can act as sleep aids. Long-acting benzodiazepines, like chlordiazepoxide (Librium) and oxazepam (Serax), are often more helpful during alcohol withdrawal than shorter-acting ones like diazepam (Valium) or lorazepam (Ativan), per The New York Times, as they stay in the body longer, and less frequent and lower doses may be used. Benzodiazepines also work on stimulating GABA levels and can act as a substitute for alcohol, reducing alcohol withdrawal symptoms. Benzodiazepines are often introduced at a higher dose and then tapered down slowly over a period of time during detox.

Benzodiazepines do carry some risk as they are a class of drug that also has abuse potential. If used in conjunction with alcohol, they can raise the likelihood for a life-threatening overdose. Alternatives may be chosen instead, such as anticonvulsants like carbamazepine (Tegretol) or valproic acid (Depakote), the Journal of Family Practice states. Other anticonvulsant medications, like gabapentin (Neurontin) and levetiracetam (Keppra), may also help to reduce alcohol cravings in addition to managing seizures during alcohol detox, the journal Current Psychiatry reports.

Another drug that shows promise in helping to treat alcohol dependence and withdrawal side effects due to its anticonvulsant and GABA-stimulating action is topiramate (Topomax), the journal Current Pharmaceutical Design reports. Beta-blockers like propranolol (Inderal), which are regularly used to lower blood pressure, may also be helpful to calm some of the CNS functions that can be hyperactive during alcohol withdrawal. 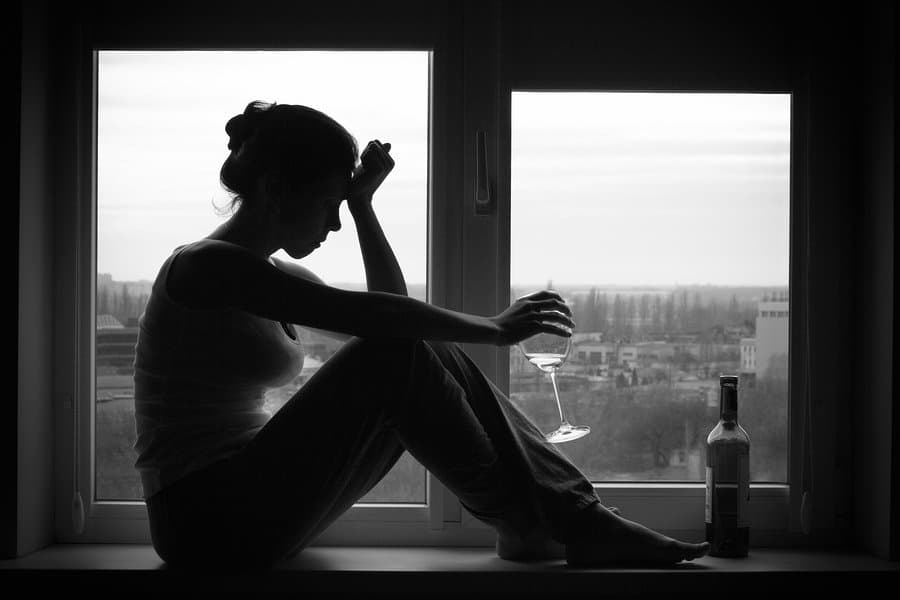 Other adjunct medications like antidepressants may be beneficial during withdrawal in addition to other medications. Individuals who regularly consume alcohol at high levels may be dehydrated as well as deficient in certain necessary nutrients or vitamins, and supplements may also be helpful. Thiamine (vitamin B1) and folic acid (B vitamin) levels are commonly low in individuals dependent on alcohol, for instance, and the reintroduction of these essential vitamins back into the body can restore natural balance and work to prevent long-term health problems.

There are several additional medications, such as disulfiram (Antabuse) and naltrexone (ReVia, Vivitrol), that are approved to treat alcohol dependence. These medications may be beneficial beyond detox to increase abstinence and prevent relapse when combined with therapy and support groups as part of a complete treatment program.

alcoholwithdrawal
Prefer getting help via text?
We're available 24/7 via text message. Signup below for access to our team when its convenient for you!
and many more...
✕
Instantly Check Your Insurance Coverage
Your information is safe & secure
At Oxford, we accept most types of private (non-government) insurance and offer a variety of payment options.
You can quickly and privately check your insurance benefits to see if you're covered for addiction treatment services. We’ll be able to tell you if your provider is in network with Oxford Treatment Center and all American Addiction Centers locations.
This means your treatment may be FREE1 depending on your policy, copay, and deductible.
Get the Info & Help You NeedWe offer a range of treatment programs. Learn about your options.