Cocaine is a highly addictive stimulant made from the coca plant.1 Use of this stimulant drug can result in euphoria, increased energy and talkativeness, and may trigger some dangerous physiological responses, like increased heart rate and blood pressure.2 Illicit sources of cocaine are most often available as a powder, but the drug may also be encountered in a freebase rock or crystalline form, commonly referred to as crack or crack cocaine.

As of the 2014 National Survey on Drug Use and Heath, there were an estimated 1.5 million users of cocaine.3 In 2017, an estimated 2.2 million people aged 12 or older were current users.4

Read on to learn about the short- and long-term effects of cocaine use, what cocaine abuse looks like, and what treatment options are available to those struggling with addiction. 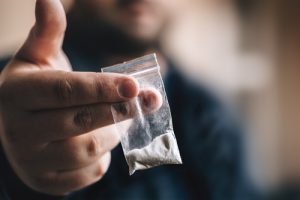 The National Institute on Drug Abuse describes cocaine as a stimulant that affects the central nervous system primarily by increasing active levels of dopamine—a neurotransmitter important in brain processes that control pleasure/reward and movement.5

Cocaine exerts its effects by blocking the usual reabsorption of dopamine and a few other neurotransmitters back into the neuron that originally released them, resulting in a net increase in the activity of these neurotransmitters, the subsequent stimulus of various physiological processes, and an accompanying rush or high.5

The powder form of cocaine is commonly inhaled through the nose or dissolved in liquid and injected. Crystalized cocaine—crack or crack cocaine—is heated to produce vapors that are then inhaled.5

Injecting or smoking the drug results in the substance being delivered very rapidly into the bloodstream and then to the brain, which contributes to its highly addictive nature. Some people who use the drug will binge on the substance, using it repeatedly within a limited timeframe to sustain the high they feel. This can increase the risks associated with drug use and lead to addiction.5

Short-term Effects of Cocaine Use

Cocaine can have many effects on both the mind and body. Short-term effects of cocaine use may include:6

Physiological effects of cocaine in the short-term include:2

Large doses of cocaine can intensify the short-term effects of the drug and also cause erratic and violent behavior, and some users have reported feeling restless, irritable, anxious, and paranoid.7

Long-term Effects of Cocaine Use

Users who regularly snort cocaine can see side effects such as:8

When crack cocaine is ingested via smoking, it can cause damage to the lungs and also make asthma or other respiratory conditions worse.7 Repeated cocaine injections can result in vascular inflammation and infection, as well as leave “track marks” at the site of injection, often on the forearms.9

Chronic use of cocaine can lead to consistently diminished appetite and eventual malnourishment. Cocaine has significant cardiovascular toxicity and can greatly increase the risks for heart attack and stroke, both acutely and over time. Deaths caused by cocaine are often the result of cardiac arrest and cessation of breathing.8

People who abuse cocaine are also at a heightened risk for contracting HIV and other infectious diseases. Individuals who use the drug intravenously can contract diseases by sharing needles or other equipment. Drug use can also lead to risky behaviors like unsafe sex, which can lead to disease exposure.8

Repeated use of cocaine can cause long-term or permanent changes to the central nervous system, which can accompany the development of addiction and other problems. Frequent use can also lead to tolerance, meaning an increasingly larger dose of the drug must be used to achieve the same effects previously felt after smaller doses. This increases the risk of toxicity and overdose, as well as the risk of permanent damage to the brain and body.8

Currently, there are no medications that can reverse a cocaine overdose.5 Treatment for an overdose will depend on what the effects of the overdose are. For example, medical professionals will try and restore blood flow to the heart in the instance of a heart attack. 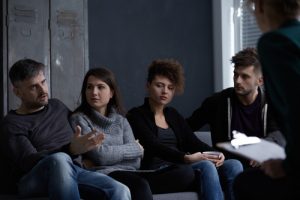 About 6% of all admissions to drug abuse treatment programs in 2013 were a result of cocaine use.10

Although there continues to be ongoing investigation of potential pharmaceutical treatments for cocaine dependence, there are currently no FDA-approved medications available for either cocaine withdrawal management or longer-term treatment of cocaine use disorders. Consequently, the primary treatment for cocaine abuse comes in the form of behavioral interventions.10

Read on to learn about a few of the types of treatment that can be successful in reaching recovery for cocaine addiction.

By using stimulus control and positive reinforcement, medical professionals can help those with substance use disorders begin recovery. For example, a patient who has a drug-free urine test would be given a voucher that can be exchanged or a prize that focuses on healthy living.10

According to a study in the Current Drug Abuse Reviews, contingency management “(1) increases cocaine abstinence, (2) improves treatment retention during and after group-based or individual psychological treatment, (3) is of benefit in pharmacotherapy trials, and (4) may act synergistically with pharmacotherapy.”11

Used in the treatment of many substance use disorders, cognitive behavioral therapy (CBT) can help patients cultivate important skills that aid in long-term recovery and abstinence. Those in treatment who receive CBT will learn how to identify and adjust problematic behaviors. An important tenant to this therapy is teaching patients how to anticipate problems, and help the patient improve his or her self-control by providing a range of coping mechanisms.12

Treatment facilities like Oxford Treatment Center offer professional rehabilitation services—in both inpatient/residential and outpatient settings—that will provide ample counseling and therapy sessions that incorporate evidence-based approaches such as contingency management and cognitive behavioral therapy, among others.

Treatment centers will often offer patients a continuum of care, customizing the length of program or treatment depending on a patient’s circumstances, needs, and recovery progress made over the course of treatment. An important component of many formal rehabilitation programs is aftercare planning, which helps a patient transition from the safety of a treatment program to sober living or their daily routine.

It’s never too late to reach out for help. If you or someone you love is struggling with the devastating side effects of addiction and are unsure of where to turn, call us today at . Oxford Treatment Center, American Addiction Centers’ Mississippi drug treatment center, is ready to help you get the treatment you need today.

Once a patient has completed his or her time in a treatment program, sober living or drug-free residences might be the right next step. On top of providing an atmosphere that encourages recovery, many sober living facilities also include vocational rehabilitation and other helpful services.

cocaine
Prefer getting help via text?
We're available 24/7 via text message. Signup below for access to our team when its convenient for you!
and many more...
✕
Instantly Check Your Insurance Coverage
Your information is safe & secure
At Oxford, we accept most types of private (non-government) insurance and offer a variety of payment options.
You can quickly and privately check your insurance benefits to see if you're covered for addiction treatment services. We’ll be able to tell you if your provider is in network with Oxford Treatment Center and all American Addiction Centers locations.
This means your treatment may be FREE1 depending on your policy, copay, and deductible.
Your Next StepsFind help & resources