Prescription medications are prescribed by licensed medical practitioners, issued from a pharmacy, and intended for use only by one person. Prescription drugs are regulated by the U.S. Food & Drug Administration, which monitors substances closely due to potential dangers and prescription drug abuse.1

Most prescription drugs are used correctly and not abused, and are a vital and important part of the United States healthcare system. However, prescription drugs can and are abused—to such a large extent in the U.S. that it’s been termed an epidemic.4

Did you know most health insurance plans cover addiction treatment?

Certain prescription drugs carry a greater risk of abuse than others. These drugs, belonging chiefly to three medical classes, pose dangers for those who abuse them. Read on to learn more about the significant problems surrounding the abuse of prescription drugs.

How Common is Prescription Drug Abuse? 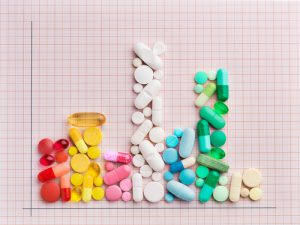 After marijuana use, prescription drug misuse was the second most common form of illicit drug use in the U.S. in 2018.5

Also stated in the SAMHSA report was the misuse of opioids, ringing in at 9.9 million users who misused prescription opioids in the U.S.5 In 2017, 67.8% of all drug overdose deaths—out of a total of 70,237—were caused by opioids.6

The number of overdose deaths involving opioids (including prescription opioids and illegal opioids like heroin and illicitly manufactured fentanyl) in 2017 was 6 times higher than in 1999. On average, 130 Americans die every day from an opioid overdose.4

In 2013, drug overdose became the leading cause of injury death in the U.S.7

If you’re worried that you or a loved one is abusing prescription drugs, there are ways to get help. Oxford Treatment Center and all of American Addiction Centers facilities utilize evidence-based treatment and therapies to help our patients reach recovery. Call our Admissions Navigators at for more information.

What Are Commonly Abused Prescription Drugs?

Many prescription drugs that are targeted for recreational use or abuse are notable for the strong effects the drugs can have on a user’s mind and body. Most belong to three categories.8

What Are the Signs of Prescription Drug Abuse?

[/two-columns-list]
Changes in how a person behaves or presents him or herself often occur with prescription drug abuse. These general changes can manifest as:

While some individuals may not show many outward signs of abuse, most people exhibit some indications that should trigger further consideration among friends and loved ones.

How Does Abuse Develop? 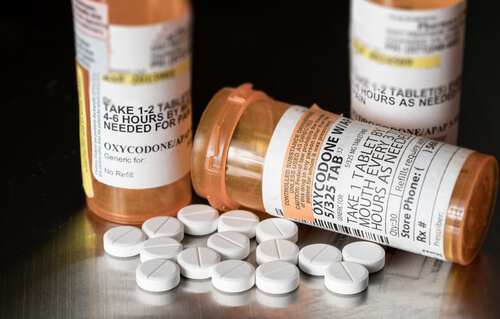 Often, legitimate prescription drug use can turn into abuse. In West Virginia, for example, a high percentage of people currently abusing prescription drugs started for legitimate medical purposes, often following a workplace accident. The state, like others in the Appalachia region, has a large number of blue-collar workers who often work in potentially dangerous fields, such as mining or construction, where injuries can be a common occurrence.

A person might get a prescription for Percocet or any oxycodone-based medication following an injury and initially take the medication as prescribed to relieve pain. Over time, a tolerance may develop, and the person may begin taking a larger dose to feel the drug’s effects. It’s important to remember that any deviation from the prescription’s instructions constitutes abuse.10

As people begin to use the drugs in higher-than-recommended doses, they may also be more likely to experiment with the routes with which they take the medication (such as crushing it to bypass extended-release formulations prior to snorting or injecting) or combine it with other substances to amplify the desired subjective effects.11

Some people simply begin using prescription drugs non-medically or recreationally. They may take pills left over from a legitimate prescription, or they may obtain pills from friends or family members. These individuals don’t have a valid need for the medication; they are simply taking it for the euphoria and calm that often accompany with use.

Many who abuse prescription drugs mistakenly believe them to be safer than “street” drugs like heroin or cocaine because they are of pharmaceutical grade and initially prescribed by a doctor. While prescription drugs can be used safely as prescribed for legitimate medical purposes, some can be incredibly addictive.13

While prescription drug abuse can lead to significant health, career, relationship, and financial repercussions,9 full recovery is possible. Addiction is a chronic disorder and, though there may be no easy “cure” for the disease, it can be managed with comprehensive and ongoing treatment.

Addiction is different for everyone, just as treatment for addiction should be.

Medical detox is often the first step in the treatment process. Left unmanaged, withdrawal from certain substances, such as benzodiazepines and opiates, can be quite uncomfortable and even unsafe. In these instances, medical detox may be needed, as it might otherwise be risky to quit taking these substances suddenly on their own.9

Medical professionals will assess for the need for medical detox at the start of the rehabilitation period. If a person was taking prescription drugs to manage a physical or mental health disorder, doctors will use this information to inform the best treatment plan going forward. In some instances, clients may be switched to a different medication with less abuse potential. In other cases, alternative treatments, such as massage, physical therapy, or acupuncture, may be employed.14

After detox, many patients continue on with residential treatment where a treatment team can provide around-the-clock care as necessary. For those with strong support systems and who may have responsibilities they cannot shelf during treatment, outpatient treatment might be the right path.15

Either way, the bulk of addiction treatment takes place in the form of extensive counseling and therapy.16 In both individual and group therapy, clients explore the reasons behind their prescription drug abuse as well as strategies to end maladaptive and compulsive drug use behaviors. The specific program of care is catered to the individual, ensuring that treatment addresses the individual person’s progress in recovery.

It’s never too late to reach out for help. If you or someone you love is struggling with the devastating side effects of addiction and are unsure of where to turn, call us today at . Oxford Treatment Center, American Addiction Centers’ drug rehab in Mississippi, is ready to help you get the treatment you need today.

Aftercare is a key component to any successful recovery program. Prior to completion of a formal addiction treatment program, the treatment team will devise an aftercare plan for the client. The client and treatment team work on the plan together to ensure it meets the client’s needs on various levels, providing the support and structure needed for a successful long-term recovery.