Can Marijuana Be Abused?

Marijuana has become incredibly popular. According to the 2020 National Survey on Drug Use and Health, 49.6 million Americans 12 or older used cannabis in the past year, with 2.8 million trying it for the first time.2

Misinformation about marijuana can lead people to believe this substance is not dangerous or addictive, but like alcohol, opioids, and other substances of abuse, marijuana use can be reinforcing and may progress to compulsive levels which can have a profoundly negative impact on a person’s life.1

A 2022 Pew Research study found that 59% of Americans believe that marijuana should be legalized for recreational use.3 But while several states have legalized its use, the U.S. Drug Enforcement Agency (DEA) still considers marijuana a Schedule 1 substance, and it’s illegal at the federal level.4

Read on to learn about the effects and dangers of marijuana misuse, marijuana withdrawal, and the treatment options available for a marijuana addiction—also known as cannabis use disorder.

Marijuana—also known as weed, pot, cannabis, and a plethora of other names—is a mixture of dried plant materials (commonly flowers or buds, but also leaves and stems in some cases) derived from the cannabis plant. The primary psychoactive chemical in this plant is delta-9-tetrahydrocannabinol, commonly known as THC. THC produces the euphoria, or “high,” people seek when they use marijuana recreationally.5

The cannabis plant also produces more than 100 other compounds related to THC, collectively referred to as cannabinoids. Cannabidiol, commonly known as CBD, is a non-intoxicating cannabinoid that’s often used therapeutically to treat symptoms of various ailments.5

Marijuana can be smoked in joints, pipes, bongs, or blunts; or eaten when mixed into foods (called edibles) like brownies, cookies, or candies. Users can also consume marijuana with a vaporizer, or vape.5

In recent years, high-potency marijuana concentrates or extracts have become very popular. There are many ways to produce them, including dry processing and water-based processing or processing with carbon dioxide-based solvents, flammable solvents, and more.6

Using flammable solvents like butane is especially popular since it can yield a product that is very high in THC and the high may last much longer than regular marijuana. Marijuana concentrates made with this method are usually amber-colored and can be in the form of:6

These extracts are often referred to as:6

The federal government classifies marijuana as a Schedule I substance per the Controlled Substances Act, and it is therefore illegal at the federal level.4 Schedule 1 substances are defined as those that have a potential for dependency and no accepted medical use.

A majority of states as well as the District of Columbia, Puerto Rico, Guam, and the U.S. Virgin Islands have legalized it for medicinal use in small quantities. “Medicinal use” refers to the marijuana plant as well as its extracts to manage symptoms of illnesses or other maladies.5 Some of these states have approved marijuana for adult use allowing for legal recreational consumption outside of medicinal use. Other states have simply decriminalized marijuana use.6

The U.S. Food and Drug Administration has not approved medical marijuana in plant form for treating or managing health problems or symptoms of illness. The organization has, however, approved three cannabinoids (two of them synthetic) for pharmaceutical use.7

The primary reason that many states have legalized marijuana for medicinal use is because of both perceived and well-documented health benefits. THC and CBD, the two main cannabinoids from the cannabis plant, are specifically being studied for this reason.8

THC, the component of marijuana often used recreationally for its “high,” may:5

CBD, the component of marijuana that does not produce a “high,” may:5

Short-term effects of marijuana used for the psychoactive component THC include:9

Long-term effects of marijuana may include:9

People who become addicted to marijuana are at higher risk of poor judgment,10 as well, which puts them at greater risk or becoming addicted to other drugs.11

And, recreational marijuana strains are becoming more potent than ever. THC content of marijuana in the 90s averaged 3.8%—in 2014, it was 12.2%. This means users can get more of a high from using marijuana than those in previous generations did. Researchers are not sure what high concentrations of THC do to the body and brain.12

For people who have physical issues like asthma or heart conditions, marijuana overdose can put them at risk of serious health complications, due to changes in respiration and heart rate.

Can Weed be Addictive?

In the simplest terms, addiction is a brain disease that shows itself as uncontrollable substance use in the face of adverse repercussions.14

Marijuana is a drug, and people can become addicted to it—in fact, a survey from 2018 found that there was a significant increase in marijuana use disorder among 18- to 25-year-olds.2

It’s also worth mentioning that 75% of cannabis users report that their first use of the drug involved co-use of another drug. NIDA researchers are recommending more study of simultaneous use of cannabis and other drugs, as it may increase the likelihood of addiction.1

While this addiction rate is lower than that associated with other drugs like heroin, alcohol, or amphetamines, it’s still a statistically significant portion of people who use marijuana.

Signs of addiction to marijuana may be subtle, but they can pervade every aspect of the person’s life. According to the Diagnostic and Statistical Manual of Mental Disorders, Fifth Edition, symptoms of abuse—of which at least two need to manifest within a 12-month period—include:13

If you’ve used marijuana regularly over a few months, you may experience some symptoms of withdrawal within a week of stopping use, including:13

There are not currently any medications approved by the U.S. Food and Drug Administration (FDA) to help with the treatment of marijuana use disorder. Instead, treatment could include behavioral therapies that are often used to treat other substance use disorder:17,18

Quality treatment centers throughout the U.S. offer these behavioral therapies, often in outpatient and inpatient, or residential, capacities. Although public perception of marijuana use continues to edge toward being positive, don’t forget that it is still a drug that’s powerful and can be addictive.

It’s never too late to reach out for help. If you or someone you love is struggling with the devastating side effects of addiction and are unsure of where to turn, call us today at . Oxford Treatment Center, American Addiction Centers’ inpatient Mississippi drug rehab, is ready to help you get the treatment you need today. 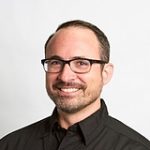