Edited by: Laura Close
Reviewed by: Ryan Kelley, NREMT
Updated: May 11, 2022
Learn more about how heroin interacts with the body, what a heroin overdose looks like, and what treatment for heroin addiction can include.
Understanding Heroin

Heroin is a highly addictive opioid drug made from morphine, a substance that comes from the seed pod of the poppy plant. Heroin is usually a white or brown powder, or a black sticky substance.1

Heroin can be administered in a number of ways, including:

These methods rapidly deliver the substance into the bloodstream and on to the brain and is usually quickest when injected intravenously.1

When heroin reaches the brain, it binds to opioid receptors located in areas of the brain associated with pain and reward, as well as the brain stem, which controls processes like blood pressure and respiration. It also stimulates the brain’s production of dopamine, a neurotransmitter associated with both reward and reinforcement.2

The U.S. Department of Health and Human Services declared a public health emergency for the country’s opioid epidemic in 2017.3

In 2017, the Department of Health and Human Services announced a 5-pronged strategy for combating the increase of opioid use, abuse, and overdose, including improving access to treatment, promoting the use of overdose-reversing drugs, better understanding the epidemic with better public health surveillance, supporting research, and advancing better pain management practices.

In 2018, an estimated 808,000 people aged 12 or older used heroin at some point in the past year.5 Although there has been a marketed decrease in heroin use since, the use of heroin still remains high.6

What Are the Effects of Heroin Use?

Heroin can have many effects on the body and mind. Immediate effects of heroin use may include:1

Other symptoms may be more delayed, including:7

An addiction to heroin, as well as to prescription opioids, can have many long-term effects, including tolerance and dependence. Repeated use of the drug may also cause deterioration of the brain’s white matter, which negatively impacts decision-making and self-control. Repeated use of heroin can lead to addiction.8

These diseases are carried in the blood and bodily fluids; sharing needles or other drug paraphernalia can lead to exposure to contaminated fluids resulting in transmitting the disease to other heroin users.1, 9

Injecting heroin intravenously can also cause damage to the body’s cardiovascular system and lead to collapsed veins.  Some heroin also contains toxic contaminants such as sugar, starch, or powdered milk that can clog blood vessels, causing permanent damage to vital organs.1

Snorting heroin can cause damage and death (called necrosis) to the mucosal tissues inside the nose as well as permanently damage intranasal structure (in the form of a perforated septum).10, 11

Dosages of heroin can be difficult to measure due to the variability in purity of street drugs. Some heroin is mixed with, or “cut” with, unknown substances, and may include fentanyl, a synthetic opioid that’s 50 to 100 times more powerful than morphine.12

Heroin overdose is extremely dangerous and potentially life-threatening and can cause:1

An overdose of heroin frequently leads to respiratory depression, where breathing is very slow and shallow. With a high enough dose, a person may even cease breathing.

This ineffective breathing can cause hypoxia, or a lack of oxygen reaching the brain. Hypoxia can cause serious brain damage, leading to short- and long-term psychological and neurological effects, including coma and possibly death.1

Naloxone, a medication which blocks heroin from entering the brain, can be administered to help reverse an overdose.1 Once only available to medical professionals, naloxone is now carried by most first responders (paramedics, firefighters and police officers) and is often co-prescribed with legal opioid medications. In some areas, it may even be purchased over the counter.

With repeated heroin use, individuals will become physically dependent on heroin, and will experience withdrawal symptoms when they stop using the drug. Withdrawal is the period of time during which the body adjusts to the absence of the drug and it may occur as soon as a few hours after stopping use.

The symptoms of heroin withdrawal may include the following:1, 13

Opioid withdrawal can be very unpleasant, but it is not life-threatening. Very occasionally, some people experience complications that require medical intervention. Aspiration—breathing stomach contents into the lungs—is the most common complication. Vomiting and diarrhea can also lead to electrolyte imbalance and dehydration.13

Medical and clinical professionals use the criteria supplied by the Diagnostic and Statistical Manual of Mental Disorders, 5th Edition: DSM-5 to diagnose an opioid use disorder (OUD). If a person exhibits 2 or more of the below criteria in a year, they will likely be diagnosed with an OUD.14 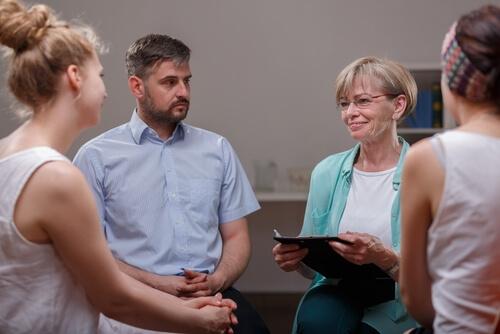 Although addiction is a chronic and relapsing disease, it can be treated. Most successful treatment programs involve a continuum of care, often including:15

Heroin addiction can be treated in part with medications. Medications may be used during withdrawal to help manage symptoms, as well as throughout treatment to encourage sobriety and prevent cravings. The Food and Drug Administration has approved three medications in the treatment of opioid use disorders: methadone, buprenorphine, and naltrexone.16 Lofexidine (Lucemrya) may also be used to manage opioid withdrawal symptoms.

Methadone lessens symptoms of withdrawal and prevents cravings by imitating the effects of illicit opioid drugs like heroin. This medication, a powerful full opioid agonist, may be used only during detox, or as a maintenance drug throughout the course of medication-assisted treatment.17

While methadone has been used for several decades for drug rehabilitation, it is still a very carefully controlled substance. As a result, it is often only administered to patients in a licensed methadone clinic.17

Buprenorphine is another medication that treats cravings and withdrawal from heroin by mirroring the effects of opiates within the brain. This medication differs from methadone in that it is only a partial opioid agonist and carries with it a lower abuse potential and a lower risk of overdose. This makes it more likely to be prescribed by physicians in an outpatient setting.18

Naltrexone works differently than methadone and buprenorphine. Instead of mimicking the effects of heroin, this drug is an opioid antagonist, which means it blocks opioid receptors in the brain, stopping the drugs from producing the rush of euphoria or having any effect.19

Lofexidine helps reduce opioid withdrawal symptoms by reducing the actions of the neurotransmitter norepinephrine, which is thought to play a role in many of the symptoms of opioid withdrawal. Like naltrexone, it does not mimic the effects of heroin or other opioids, making it safe to administer in an outpatient setting.20

There are several different kinds of behavioral therapies that can be used in the treatment of opioid use disorder. Two therapy approaches often used for treatment of heroin addiction include:

Cognitive behavioral therapy focuses on detrimental patterns of thought and behavior that are contributing to addiction. The individual in treatment learns to identify these patterns, and replace them with new, healthy patterns of behavior and thought instead.1

Contingency management creates positive associations with treatment, to encourage the individual to engage in the treatment process and maintain sobriety. Positive reinforcement is used to support certain behaviors, like reaching goals or abstaining from drug use.5 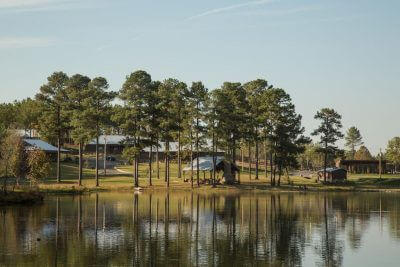 Addiction treatment facilities like Oxford Treatment Center offer these evidence-based approaches to recovery, and so much more. If you or a loved one are ready to get help for your opioid use disorder or heroin abuse, we’re here for you. Speak to one of our compassionate and knowledgeable Admissions Navigators to learn more about our programs and how we can help you get on the road to recovery.

It’s never too late to reach out for help. If you or someone you love is struggling with the devastating side effects of addiction and are unsure of where to turn, call us today at . Oxford Treatment Center, American Addiction Centers’ Mississippi inpatient drug rehab center, is ready to help you get the treatment you need today.