Although it is possible for anyone, from young children to older adults, to accidentally inhale fumes and become intoxicated or suffer side effects, inhalant abuse specifically refers to the intentional ingestion of toxic chemicals for recreational purposes. It is one of the most common, and frightening, forms of substance abuse. It is also rarely studied.

There are four categories of inhalants:

Although some of these chemicals are sold as drugs or medications or only available through medical suppliers, many of them are found in common household products. These include spray paint, markers, air freshener, cooking spray, air-conditioning coolant, detergent, and propane. Many of these items are not intended for human consumption, and they can lead to very serious and dangerous side effects. Unfortunately, because household products are legal to purchase and widely available, children and teenagers make up the largest group for potential abuse. However, adults also abuse other types of inhalants for recreational reasons.

Other inhalants that can be abused include nitrous oxide (laughing gas), ether, chloroform, and amyl nitrite and similar chemicals, sold legally as recreational designer drugs. 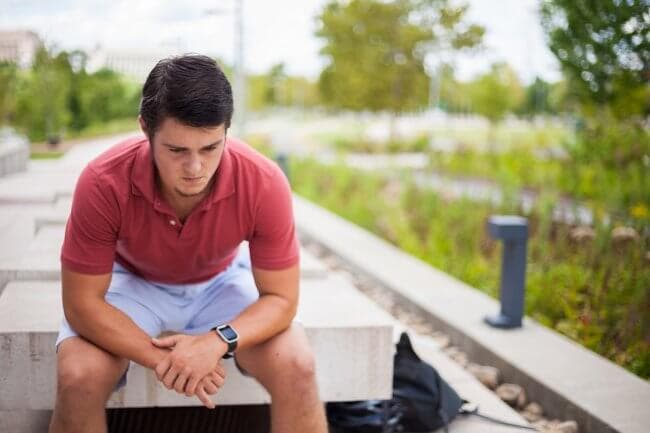 The National Crime Prevention Council (NCPC) and the National Institute on Drug Abuse (NIDA) report that 23 million Americans have tried some form of inhalants for nonmedical, recreational purposes at least once in their lives; additionally, about 17 percent of eighth graders report abusing inhalants at least once. NIDA also found in a 2008 survey that almost 10 percent of high schoolers abused inhalants at some point. Of the nearly 23 million Americans who have abused inhalants, 58 percent of those abused these chemicals for the first time before the end of ninth grade, so preteens and teenagers are more likely to abuse household inhalants than other populations.

Unlike many recreational drugs of abuse, girls are slightly more likely to abuse inhalants than boys, but the gender split is fairly similar. According to a survey from the Virginia government, boys typically abuse “whippets” (nitrous oxide from canisters like whipped cream), gasoline, and butane; girls are more likely to abuse nail polish remover, glue, correction fluid, and aerosol sprays.

There are few socioeconomic differences among inhalant abusers, according to the Consumer Product Safety Commission (CPSC) because many of the products involved in inhalant abuse are easy to find and inexpensive.

Medical professionals are susceptible to nitrous oxide abuse, especially dentists and dental assistants. Inhalants that are found in medical supplies are typically not abused among children or young adults, but by people who have access to these products on a regular basis.

Young adults who regularly attend music or dance events are more at risk of abusing poppers or other amyl nitrite, alkyl nitrite, or chemical varieties. Poppers have been especially popular among gay men.

How Does Inhalant Abuse Start?

People seeking a “head rush” from drugs, or a sudden wave of euphoria, may turn to chemical inhalants if they cannot find other drugs, or they may seek them out in addition to other drugs.

Methods of abusing inhalants include:

The intoxication from inhalant abuse does not last long; highs from huffing last 15-30 minutes. Most inhalants are not considered addictive, although medical gases like nitrous oxide or recreational drugs like poppers might have some addictive properties. However, it is common for people who chronically abuse inhalants to develop a tolerance to these drugs and to require larger doses in order to achieve the original euphoria. This is incredibly dangerous, and it can lead to long-term damage and death.

Signs, Symptoms, and Side Effects of Inhalant Abuse


Signs of potential inhalant abuse include:

Abusing inhalants can lead to many short-term and long-term problems. Some of the short-term effects of inhalant abuse include:

The person can also suffer burns or frostbite when abusing inhalants. Burns can either be chemical burns from inhaling the toxic substance directly or from sudden ignition of a flammable product. Frostbite can occur when the person inhales toxic chemicals from a pressurized container, which might be stored at a low temperature to keep it stable.


Although inhalants are not considered addictive, a person struggling with inhalant abuse can experience withdrawal symptoms. These include:

Sudden sniffing death syndrome (SSDS) can occur at random, even among people who abused inhalants just once. The syndrome is caused by the heart suddenly stopping, due to changes in heart rhythm and brain signals to the heart. Inhalant abuse can also cause asphyxiation or suffocation, seizures, and coma.

Because inhalants can cause serious physical damage, and withdrawal symptoms can be physically dangerous, it is important to get help from a medical professional to detox safely.

There are no specific medications used for inhalant withdrawal. Working closely with doctors and therapists can help a person in the event that problems like suicidal ideation, persistent hallucinations, or organ damage appear. Doctors can prescribe small doses of medications like benzodiazepines or antidepressants, if it is safe to use these, and monitor the individual for signs of potential addiction or abuse. Other doctors can monitor organ damage and treat these problems if they arise.

Once a person has detoxed from inhalants, they can enter a rehabilitation program that specializes in addressing the psychological aspects of addiction. There are many inpatient and outpatient programs available, and a treatment plan will be designed based on the individual’s needs and history.

Rehabilitation programs offer social support in the form of individual and group therapies and often encourage the individual’s family to get involved in the therapy process for further support. This process helps the person deal with cravings and stress in more productive ways, so they can remain sober on a long-term basis.

inhalants
Prefer getting help via text?
We're available 24/7 via text message. Signup below for access to our team when its convenient for you!
and many more...
Your Next StepsFind help & resources or learn more about Oxford.