Written by: James Regan
Edited by: Laura Close
Reviewed by: Kristen Fuller, MD
Last updated on September 16, 2021
Fentanyl is a very powerful prescription opioid pain medication that is prescribed for severe acute or chronic pain. When misused, it’s a potentially dangerous medication that can cause serious adverse health effects, including addiction and overdose.1 Synthetic (man-made) opioids (mainly fentanyl) accounted for almost 73% of opioid-involved deaths and 51% of total overdose deaths in 2019.2, 3
About Fentanyl

What is Fentanyl & How Is it Used? 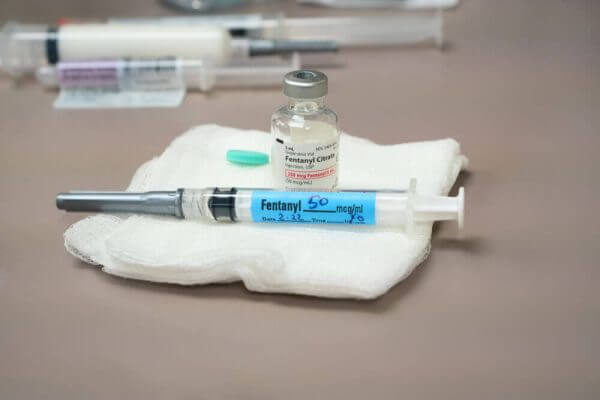 Fentanyl is a very potent synthetic opioid that is an estimated 50 to 100 times stronger than morphine. It’s sometimes prescribed to people suffering from severe post-operative or cancer pain.1

When prescribed, it’s common for fentanyl to be dispensed in lollipop form. The dissolving lozenge can be quickly absorbed through the cheeks and under the tongue for quick relief from breakthrough pain (i.e., pain that is so severe it renders most painkillers ineffective).1, 4

For chronic pain, fentanyl can be administered via transdermal patch. The patch releases the drug slowly into the skin over 72 hours.1, 5

In medical facilities, fentanyl is administered intravenously, often in combination with a benzodiazepine, for sedation and pain prevention before procedures like oral surgery and endoscopy.6 Other preparations include tablets, nasal sprays, and inhalers.7

When fentanyl is purchased illegally as a street drug, it is often manufactured in an illicit laboratory and can be laced with other chemicals or drugs which can make fentanyl that much more dangerous.8 Often the user does not know the exact ingredients or dosage when purchasing fentanyl on the street which can increase the chance of overdose, even after one use.

As a powerful opioid, fentanyl has a high addiction potential for both medical and recreational users, specifically when it is misused. Those who have been using fentanyl according to doctor’s recommendations will often need to be weaned off the medication in order to avoid withdrawal symptoms and cravings.1

Fentanyl addiction often requires medication-assisted treatment (MAT) in combination with therapy and social support programs to help someone be successful on their recovery journey.10

Someone may begin misusing fentanyl after they were prescribed the drug, while others may start using fentanyl just for its euphoric effects.1

Abuse of a prescription drug is defined as any use beyond that approved by the doctor. The definition of misuse of prescription fentanyl includes:11

People that use other drugs may use fentanyl unknowingly, as it is commonly added to other street drugs, which gravely increases the risk of overdose. The practice of cutting other drugs (like heroin, cocaine, counterfeit prescription pills, etc.) with fentanyl is becoming increasingly common.1, 9

What Are the Long-Term Effects of Fentanyl Abuse?

Fentanyl shares the same long-term dangers as many other opioids, such as heroin or oxycodone. These include:12

Many people that use fentanyl do so by intravenous injection. There are very serious health risks associated with needle drug use specifically, including:

Risks of Mixing Fentanyl with Other Drugs

Using fentanyl and other drugs simultaneously is incredibly dangerous. The risks of fentanyl abuse are heightened by the negative health effects of other drugs.1

As mentioned above, fentanyl, which is relatively cheap to produce, is often added to other drugs to make them appear stronger. In many cases, someone may not even be aware they are using fentanyl-laced drugs.1

How to Know if Someone is Abusing Fentanyl

Someone that is misusing prescription fentanyl may:15

Addiction to fentanyl—also known as opioid use disorder (OUD)—is a medical condition that should be diagnosed by a healthcare professional. Addiction occurs when an individual cannot cut back or quit fentanyl (or other drug or alcohol) use despite the negative consequences on their lives and others around them.

The negative repercussions often include financial trouble, strained relationships, poor work/school performance, trouble with the law, and negative behavioral changes. Addiction rewires the brain to the extent that thought patterns and behaviors change, resulting in the compulsive need to obtain more of the drug, despite these negative consequences.

Fentanyl withdrawal is seldom life-threatening, but it is often very unpleasant and painful, which may lead someone to relapse quickly. Acute withdrawal from fentanyl and other short-acting opioids typically last between 3 and 5 days.17, 18

Medically assisted detox can make the fentanyl withdrawal process safer and more comfortable. During medical detox, staff can respond to emergencies and administer medication to ease cravings and withdrawal symptoms.1, 17

While detox is often a necessary step in entering recovery from a fentanyl addiction, detox on its own is rarely effective without continued treatment.10 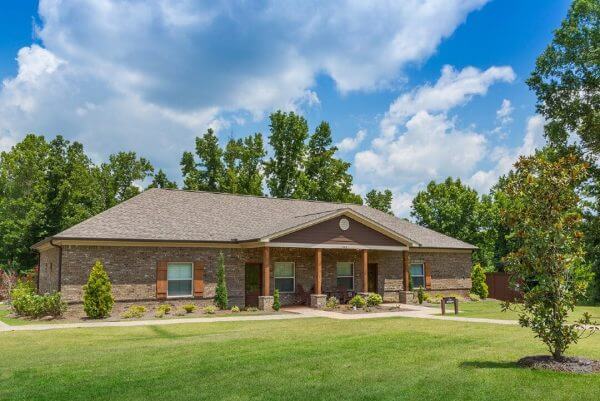 Opioid use disorder—like all substance use disorders—is a chronic but treatable medical condition. There are several ways to treat addiction, and the most effective option varies according to the patient’s needs. However, each form of addiction treatment typically involves various types of therapy and, often the use of medication.10

Rehabilitation treatment can be provided in a variety of settings. For example, in addition to medical detox, Oxford Treatment Center offers:

These forms of addiction treatment are covered by most insurance plans. The tool will reveal if a specific insurance plan provides coverage at Oxford Treatment facility.

Medication-assisted treatment (MAT) often begins during detox and may continue for months or even years afterward. Certain medications are administered to  ease withdrawal symptoms, mitigate cravings, and discourage relapse.19, 20

Therapy—during and after rehab—helps patients build the skills necessary to remain in recovery. This includes:21

After rehab, many people in recovery benefit from an aftercare program, such as staying in a sober-living facility or joining a 12-step peer-support program. Recovery is a life-long process, and continuing care helps people remain focused and maintain a positive network of peer support that is conducive to sobriety.22

You aren't alone. You deserve to get help.

Find your community at Oxford. Learn the skills you need to get and stay sober while making friendships that will last a lifetime. Give us a call to get started today.
Your Next StepsFind help & resources