Adjusting To Civilian Life After Military

If you or someone you care about has experienced a difficult transition from military to civilian life, you’re not alone. According to the US Department of Veteran Affairs (VA), approximately 200,000 service members transition out of the military every year.1 A Pew research study found that 27% report a difficult reentry.2 That number increases to 44% among military vets who served in the 10 years since September 11th.

Influenced by many factors, successful transition varies by individual. This article explores some of the hurdles veterans face as their lives shift into the civilian world and offers resources to help make the right start.

The U.S. military instills its recruits with values unique to each branch.3 For example, the Navy and Marines value honor, courage, and commitment. The Army and Air Force share the values of integrity and selfless service. Rather than mere platitudes learned in boot camp, such values define how a service member lives their life.3

Military service members commit to anywhere from 2 to 30 years (some even longer) living these values daily. This value system “sets the U.S. military apart from its counterparts in the civilian sector.”3 Unique experiences, training, and accomplishments merge with these values to make the military experience difficult to replicate in the civilian world.

From the extreme examples of combat horrors to highly structured routines, nearly every aspect of daily life in military service is distinct from civilian life. For example, the military:4

Compounding the many differences military vets must face is how suddenly a vet begins the transformation to civilian life. In as little as a week, a combat soldier might move from the front lines to Hometown USA. Preparation helps, but even the best readiness effort may not prepare for the shock of a new life.

A successful transition is dependent on how or even if a veteran’s military experience transfers to civilian job skills. Nearly 70% of veterans report finding a job as the greatest transition challenge.5 According to Tom Tarantino, chief policy advisor for Iraq and Afghanistan Veterans of America, “Expectations of people leaving the military are higher than reality.”6 Combined with the fact that many employers struggle translating military skills into job roles, many veterans are left waiting for a “perfect” job that may not exist.

Transition challenges are not limited to the workplace. One study of the factors that cause alienation among student veterans describes a list of barriers veterans must overcome on their pathway to a successful educational experience. When converting from the service to student life, military vets:7

While making the shift from military life, some veterans encounter marital difficulties. The Pew study found that for married vets, the chances of an easy reentry drop from 63% to 48%.2 Research shows that multiple combat deployments where service members are exposed to the horrors of warfare significantly decrease marital satisfaction.8

Combat exposure and post-traumatic stress disorder (PTSD) are clearly linked.9 Some military vets confront the dual challenge of managing PTSD and other mental health disorders during an already difficult life changeover. Leaving the military does not make the effects of combat go away. Instead, these vets face the challenge of reintegrating into society while struggling with war’s terrible imprint.

To cope, some resort to substance abuse. One study found that, in the 6 months following separation, marijuana and “hard drug” use increased significantly among its study group of combat veterans.10 Drug abuse only compounds vets’ difficulties in reaching job and educational achievements.

It May Not Be PTSD, It May Be Transition Stress

Loss of identity may be a root cause of transition stress.11 Regardless of where they served or what they did, veterans experiencing transition stress endure “a nostalgic longing” for the unique military experience they lived. Left unchecked, it can lead to behavioral problems as well as anxiety and depression.

Over 10% of military service members who served in either the Iraq or Afghanistan wars have an alcohol or drug problem.12 (4th bullet point) Many jobs require drug testing and expect sobriety at the workplace; attendance issues associated with heavy drug use can result in job loss.

Numerous resources exist to help you make a successful transition to civilian life. The best time to begin planning for such changes is well before discharge from the military. A helpful Military Times guide to transition suggests beginning a plan up to 2 years before you leave the military.

The DOD TAP program begins up to 2 years before retiring from the military and 1 year before separating from the military.1  The TAP process includes assessments, training, and counseling to prepare veterans for transition well ahead of separation time.13 In addition, each service branch—the Navy, Air Force, Marines, and Army—administers its own TAP.

Other Military To Civilian Transition Programs

Finding the right job is critical, and resources fortunately abound. Here are just a few samples to help get you started:

The Salute to Recovery program places veterans into a community of other service members and first responders—people who have had similar life and professional experiences. Expert addiction professionals will help guide your recovery. Some of our staff are even veterans like you.

A glance at the many organizations that exist to help you make a transition offers hopeful reassurance for a smooth transition to civilian life. If you feel mental illness, substance abuse issues, or transition stress will interfere with these changes; find the help you need through the VA, a counselor, or a friend or family member. 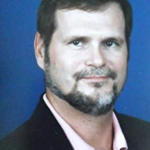 Charles Hooper
Contributor
A veteran of the U.S. Navy, Charles Hooper earned a Bachelor of Arts degree from the University of North Carolina at Asheville and later graduated fr … Read More
Read Our Editorial Policies