Benzodiazepines are a drug class that includes many prescription medications. They provide important therapeutic relief to millions of Americans—but these drugs are often misused or diverted for nonmedical use.

Read on to learn more about their different uses, associated risks, and how to get help if you or someone you love has developed an addiction to them.

Benzodiazepines may cause relaxation or sleepiness, and share some drug effects with alcohol and other sedatives, including barbiturates and prescription sleeping pills like Ambien.2

Although illicit use is on the rise, benzos are only legally available in the United States through a prescription and most commonly encountered in a pill or tablet form. In 2019 alone, U.S. pharmacies dispensed about 92 million benzodiazepine prescriptions, according to the FDA.3

The popularity of benzos among physicians and patients indicates a growing reliance on their clinical uses, which include the treatment or management of anxiety and panic disorders, muscle spasms, seizures, and acute alcohol withdrawal. They are also sometimes used as sedation or anesthesia before surgery.3

Benzodiazepines are classified by the DEA as Schedule IV drugs under the Controlled Substances Act, and have become increasingly recognized for their serious risk of abuse, addiction, physical dependence, and withdrawal.2, 3

What Drugs Are Considered Benzodiazepines? 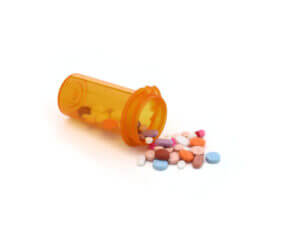 There are many different types of benzodiazepines with varied potencies and half-lives, ranging from short-acting to intermediate and long-acting.

According to the DEA Diversion Control Division, the five most widely prescribed benzos are:4

Xanax (alprazolam) tops that list as the most prescribed, with U.S. pharmacies distributing nearly 35 million prescriptions of the drug in 2019. That same year, pharmacists also dispensed an estimated 22 million Klonopin (clonazepam) and 18 million Ativan (lorazepam) prescriptions.3

In addition to being the most prescribed benzodiazepines, these medications are also the most frequently encountered benzos on the illicit market.4

How Does Benzo Addiction Start?

Addiction to benzodiazepines can start in a number of ways. In some cases, addiction (or what’s known as a sedative, hypnotic, or anxiolytic use disorder) develops in teens and young adults who gradually increase their occasional use of these medications to a point at which they start experiencing characteristic, addiction-related problems in several areas of their life.10

The majority of prescription benzos are approved for short-term use only (i.e., a few weeks or months).3 Their long-term effectiveness has remained largely unexamined by the medical community. For example, no clinical study has ever assessed the benefits of using Valium for more than 4 months.8

But in 2018, half of all patients that received benzodiazepine prescriptions continued use for 2 months or longer.3 Extended use—even as prescribed by a doctor—can lead to tolerance, which means a person must take higher and more frequent amounts of the drug to achieve its desired effects.

Over time, this can increase the likelihood of developing problematic patterns of use. Benzo addiction can emerge in situations where these escalating patterns persist (or continue to worsen) despite negative consequences, such as adverse health effects or failure to meet responsibilities at school or work.1, 10

Drug-induced changes in brain chemistry are another factor. Like many drugs with addiction liability, benzos are associated with increased dopamine activity, which can reward or reinforce pleasurable, yet potentially dangerous and eventually compulsive behaviors.11

According to the DEA, many people who misuse benzos sustain their drug supply by obtaining prescriptions from multiple doctors or buying them illegally.2

What Are the Side Effects of Benzo Use?

Even when taking benzodiazepines as directed by a doctor, side effects may occur.

Because of their sedative effect, use and misuse of benzodiazepines increase the risk of trauma or injuries caused by falls and other accidents.10

People who take benzos should not drive or operate heavy machinery.8, 10

Additionally, studies show that many people who use benzodiazepines may also use or abuse other substances such as alcohol and opioids. Benzos have the potential to suppress breathing. Mixing them with other CNS depressants or drugs is dangerous and increases the risk of overdose.10

And in 2020, opioids were involved in a staggering 92.7% of benzodiazepine-related deaths; illicit fentanyl was involved in 66.7%.13

Decreased vital signs may be indications of an overdose. These include:1, 10

An overdose is an emergency. If you think you or someone else is experiencing an overdose, call 911 immediately.

An addiction to benzodiazepines may develop quickly or gradually over time. Signs that use has become problematic include:10

If a person experiences two or more of the above criteria in a 12-month period, a doctor may diagnose them with addiction, or what is clinically referred to as a substance use disorder (SUD).10 Once SUDs involving benzodiazepines develop, professional treatment may be necessary to manage an unpleasant and potentially risky withdrawal period and, in the longer term, to help people maintain lasting recovery.

Detox is the process by which the body rids itself of toxins and often the first step in the larger continuum of addiction care.14

Detox from benzodiazepines can be severe and unpleasant, and may require medical management to ease pain and prevent serious complications.

At Oxford Treatment Center, our medical detox program in Etta, Mississippi is overseen by staff clinicians, nurses, and specialists, who ensure patients go through this stage as safely and comfortably as possible.

If someone has developed tolerance to benzodiazepines, they may experience withdrawal symptoms when they attempt to reduce or stop use.

Withdrawal effects and duration will vary, depending on the drug, and how much of it was used and for how long.10 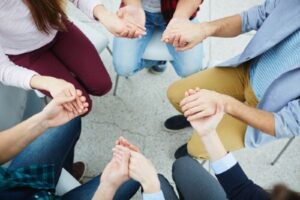 Addiction is a complex, chronic disease—but it is treatable.15 Quality, evidence-based rehab programs, like Oxford Treatment Center, can help people gain the skills needed to get and stay sober.

Oxford offers a full continuum of care, ranging from medical detox and inpatient treatment to outpatient programs and sober living. Programming includes a mix of individual and group counseling, therapies, and holistic approaches that address the many issues underlying addiction.

Our empathetic and knowledgeable staff works with each person to customize a treatment plan that meets their unique needs. Staff also helps develop an aftercare plan that connects participants with primary care doctors, mutual support groups, and fellow alumni, so they have the tools and network in place to sustain long-term success.

Paying for Rehab for Benzo Addiction

Cost can often be a barrier to people getting treatment. However, there are many different ways to pay for rehab for a benzo addiction, including using health insurance to pay for rehab.

Thanks to recent federal mandates like the Affordable Care Act, addiction treatment is more accessible than ever before. At Oxford, we accept most major insurance plans, and our admissions navigators are available 24/7 to walk through the insurance process and answer any payment-related questions.

We also offer financing options and payment plans for clients without insurance or who lack sufficient coverage.

To get started, fill out this simple and confidential . We’ll email you right back with important details about your insurance benefits and next steps in the admissions process.

The decision to seek treatment can be difficult and overwhelming. But you are not alone. If you or someone you love has lost control of their benzo use, we are here to help you get the care you deserve and put you on the path to recovery.