As of 2015, the National Institute on Drug Abuse (NIDA) reports that nearly 7 percent of American adults have used MDMA (3,4-methylenedioxymethamphetamine) at some point in their lifetime. 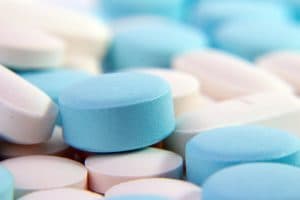 MDMA is an illegal synthetic drug often made in clandestine laboratories and typically sold as colorful tablets called ecstasy at parties, clubs, and raves. It may also be marketed in liquid, powder, and capsule form. MDMA is also known as Adam, XTC, lover’s speed, clarity, hug drug, beans, Eve, E, or X, or in a supposedly pure form called molly. According to NIDA, young adults between the ages of 18 and 25 abuse ecstasy at the highest rates.1

MDMA works as both a hallucinogenic drug and a stimulant drug, which means that it increases energy, activity, and alertness levels. It also distorts time and sensory perceptions and induces a sense of emotional warmth and closeness. The Drug Enforcement Administration (DEA) warns that MDMA, or “ecstasy”, has no accepted medicinal use within the United States and therefore considers the drug to be dangerous and illegal to use.2

There is much debate as to whether or not ecstasy is an addictive drug. NIDA reports that people may develop drug tolerance and withdrawal symptoms as a result of ecstasy use.3 They may also lose their ability to control how often and how much of the drug they take and keep using even though they know it will create negative consequences.

If you believe you or someone you care about is struggling with an MDMA addiction, there are various types of addiction treatment that may be able to help.

The Effects of Ecstasy

The effects of ecstasy start working within about 20-30 minutes of taking it orally, and the National Highway Transportation Safety Association (NHTSA) reports that the bulk of them last about an hour while residual side effects may continue for 2-3 hours.4 Ecstasy interferes with three major naturally-occurring chemicals in the brain: dopamine, serotonin, and norepinephrine.

As a result, common effects of ecstasy include the following:

Along with the effects of MDMA on the body, the drug is often taken in conjunction with other drugs or alcohol, which can increase the duration and impact of the drug. Called “candy-flipping,” MDMA is commonly combined with the hallucinogenic drug LSD (lysergic acid diethylamide) to prolong the “trip.” . It may also be abused by “stacking,” which is taking several tablets at once, or by “piggy-backing,” which is when doses are taken back-to-back. These methods of ecstasy abuse can intensify and extend the drug’s effects but also increase the potential risks.

Ecstasy distorts a person’s sense of time as well as their senses in general and impairs rational thought and the decision-making processes. Increased sensitivity to light and touch, increased sociability, and amplified empathy are common indicators of ecstasy use. A person taking ecstasy often feels emotionally close to those around them and may engage in sexual activities at an increased rate. They will also appear happy, euphoric, energetic, have less of an appetite, and be wide awake. Individuals are more likely to participate in activities that may be potentially risky and engage in behaviors and actions that are out of character when under the influence of ecstasy. 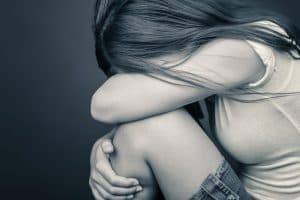 While often taken for its euphoric effects, not all ecstasy trips are the same. Sometimes, they can be more negative than positive, causing a person to become anxious and paranoid and experience auditory and visual hallucinations. MDMA interferes with how the body controls its temperature, which can cause it to spike dangerously high, leading to heart, kidney, or liver failure, which can be potentially fatal. Over 20,000 people received emergency department (ED) services due to an adverse reaction to MDMA abuse in 2011.5

Since ecstasy abuse can impair a person’s ability to make rational decisions, individuals under the influence are more likely to put themselves into situations or engage in behaviors that can be potentially hazardous. Unsafe sexual practices are common, for example, which can put a person at risk for contracting sexually transmitted or infectious diseases, such as hepatitis and HIV/AIDS.6

An ecstasy overdose can also occur when too much MDMA enters the bloodstream; the body cannot break it down and levels become toxic. Panic attacks, high blood pressure, faintness, seizures, hyperthermia, and a loss of consciousness can occur during an MDMA overdose.7 Prompt medical attention is required in order to attempt to reverse the side effects of an MDMA overdose and minimize the potential medical consequences that may occur. Without swift professional intervention, an overdose on ecstasy can be fatal.

If you or anyone you know has experienced any of these negative effects, it may be time to reach out for help. Our rehab in Mississippi offers programming to assist people ready to end their ecstasy abuse or addiction.

After ecstasy wears off, a person may also experience various negative side effects. An ecstasy comedown may include unpleasant symptoms that include the following:

Some of the symptoms listed above can persist for as long as a week after last consuming ecstasy.

When ecstasy is taken often, a person can build up tolerance to the drug and need to take more of it for it to keep working the same way. There is some evidence that regular use can also lead to physical dependence and a MDMA addiction, as the drug does damage and interfere with the brain’s serotonin production.

Ecstasy interacts with the reward system in the brain, and it may take some time for the naturally-occurring chemical messengers and brain circuitry to return to normal. During this period, emotions and withdrawal symptoms may be regulated and managed through a comprehensive addiction treatment program that may include a period of detox followed by additional programming.

Detox for ecstasy abuse is typically mostly supportive in nature, as there are no explicit medications designed and approved to treat ecstasy addiction. That being said, pharmacological tools can be helpful for certain symptoms of withdrawal as needed. Fluids can be administered and nutrition and sleep patterns can be balanced through healthy meals and structured sleep schedules. Detox may last a few days to a week depending on the needs of the patient, and a treatment program can then attend to the behavioral and emotional ramifications of drug abuse and addiction.

Both outpatient and inpatient programming can be beneficial for managing ecstasy addiction and abuse. An inpatient program is more structured and may be able to offer a wider range of treatment options and amenities, especially if a person also suffers from co-occurring mental health or medical issues. An average day in inpatient rehab may include behavioral therapies, counseling, support groups, and relapse prevention programs. Treatment needs are determined though an evaluation prior to admission that can help treatment providers design an individual care plan that will enhance recovery.

Treatment plans often include group, family, and individual counseling and therapy sessions, educational and life skills workshops, tools for relapse prevention, participation in a 12-Step or peer support group, and holistic measures, such as massage therapy, yoga, mindfulness meditation, and fitness training. Each treatment plan will be specifically suited to the person in need to facilitate long-term recovery.

If you or someone you care is struggling with ecstasy abuse or addiction, do not wait any longer to get help. Start the admissions process today and begin the journey to recovery.

club drugshallucinogensmdma
Prefer getting help via text?
We're available 24/7 via text message. Signup below for access to our team when its convenient for you!
and many more...
Your Next StepsFind help & resources or learn more about Oxford.