Marijuana is one of the most commonly abused illicit substances in America. Per the Substance Abuse and Mental Health Services Administration (SAMHSA), of those who sought treatment in 2012, 15 percent cited marijuana as their primary substance abuse.

While the controversy over whether or not this drug is addictive continues to wage, treatment statistics show that people often need help for its abuse. Per SAMHSA, 313,036 people entered treatment in 2006 citing marijuana as their primary substance of abuse. That number jumped to 372,245 by 2009 before dropping to the 2013 figure of 281,991 on the heels of legalization and decriminalization statutes that have softened the image of this drug.

One of the hallmarks of any addiction is the physical and psychological withdrawal period that follows cessation of use or abuse. Marijuana is not exempt from this process.

For most, the body will excrete the drug completely within 30 days. That doesn’t necessarily mean someone will feel the effects of marijuana withdrawal that long though. In most cases, the discomfort of detox lasts only around three weeks at most, sometimes a little less.

Detoxing from marijuana withdrawal symptoms takes time. While the initial effects of abusing the drug wear off within three hours, per Live Science, the cannabinoids from it remain in the body for quite a while. While it isn’t as common, people who abuse marijuana heavily may have traces of it in their body as long as three months after quitting.

There are many side effects of marijuana withdrawal, and they serve as proof that marijuana is indeed addictive. Many who abuse it will experience mood swings when they stop using it. This mood lability may range from irritability and bouts of anxiety to depression, rage, or extreme paranoia. Nausea and headaches are common in the beginning and may intensify over the first few days of the timeline. Cold sweats and the chills are also frequently reported in the first day or two. 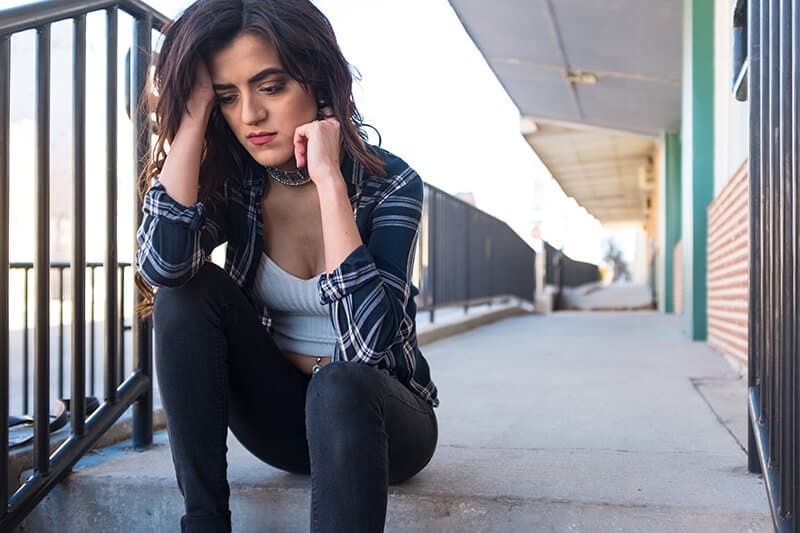 Most people have trouble sleeping, especially if they are accustomed to using marijuana to induce sleep. ATTN reports as many as 76 percent of people who quit using marijuana cold turkey experience insomnia.

Around day three of detox, the side effects are at their strongest. Vomiting may occur in addition to stomach pain. Excessive perspiration is often seen at this stage. Individuals may become restless and feel like they need to use marijuana again. Relapse is most likely to occur during this time. Thus, it’s important for people to be in supervised treatment to prevent relapse.

By day four of detox, a lot of the physical symptoms will start to taper off, but the emotional side effects intensify for a lot of people. Depression is very common during this part of the marijuana withdrawal timeline, as the body tries to adjust to functioning without THC. This may persist through the first week of detox.

By the time the second week is over, most people are feeling stable and strong again, but continued treatment is still very much an important part of the process. The Los Angeles Times reported people who opt for treatment that is at least 90 days long fare the best after rehab. Throughout the two or three weeks that symptoms persist, cravings may come and go; for some, they may last much longer than the standard detox period. Insomnia, lethargy, and fatigue may persist throughout the first month for some people. Anxiety and depression may persist for several months for certain individuals.

For individuals who experience anxiety or panic as a result of coming off the THC in marijuana, prescription anti-anxiety medications can be given in a controlled treatment setting to ease discomfort during the marijuana withdrawal process. Since the entire withdrawal process can take a month or longer, therapy generally begins during detox.

Some people question whether medical detox is really necessary when it comes to marijuana. This again goes back to the widespread but incorrect belief that marijuana is not addictive. A person should have medical oversight during the withdrawal process, to ensure complications are addressed and any co-occurring issues are also treated. While some people undergo marijuana withdrawal symptoms on an outpatient basis, better success rates are seen when individuals have continual supervision during withdrawal. This significantly reduces the likelihood of relapse.

If you use marijuana and would like to stop, you can seek professional help at . Our compassionate Admission Navigators are committed to your recovery, and will provide information about detox and addiction treatment.

herbalmarijuanawithdrawal
Help is a Phone Call Away
Please don't suffer with substance abuse thinking no one cares. We care and want to help you get back to the life you deserve.
Are you covered for addiction treatment? Find your insurance.
and many more...
✕
Instantly Check Your Insurance Coverage
Your information is safe & secure
At Oxford, we accept most types of private (non-government) insurance and offer a variety of payment options.
You can quickly and privately check your insurance benefits to see if you're covered for addiction treatment services. We’ll be able to tell you if your provider is in network with Oxford Treatment Center and all American Addiction Centers locations.
This means your treatment may be FREE1 depending on your policy, copay, and deductible.
Get the Info & Help You NeedWe're open across the US. Learn about your options.