The Average Cost of Marijuana by State

Marijuana is a relatively commonly used substance in the United States. According to federal government estimates, 22.2 million Americans have used it in the past month and many start using it in their adolescent years. Furthermore, many states have legalized the use of the substance at some level over the past few years. Some, such as New Mexico and New York, have it legalized only for medical use, while others, such as California and Vermont, have enacted laws permitting recreational use by state citizens.

Because the use of this substance is so widespread, we decided to take a closer look at how the cost of marijuana varies across U.S. states. We used a widely-cited national price directory to compile the average price of high- and medium-quality marijuana for each state. We looked at the price for two amounts: one ounce and one “joint” (as defined by a U.S. HHS study). Our results show a notable difference among states based on their legalization status — read on for all of the findings. 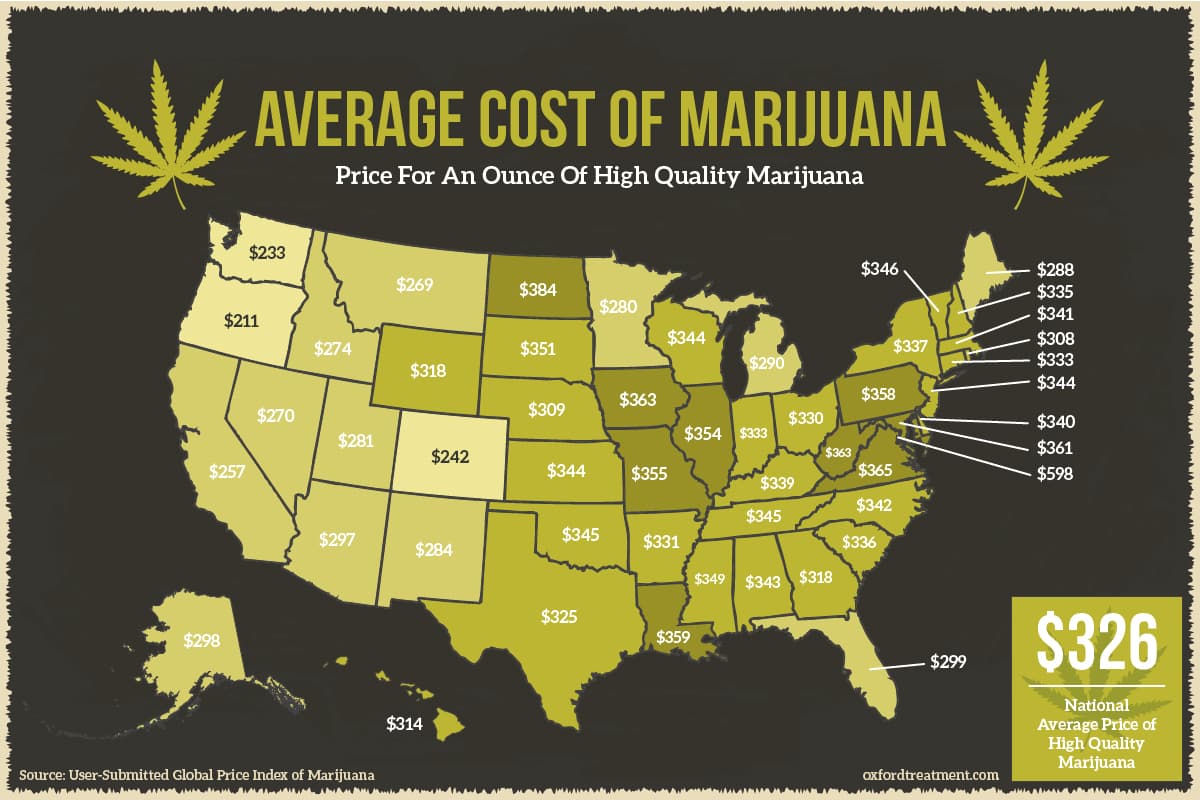 First we looked at the average price of high quality marijuana (one ounce). Interestingly, the District of Columbia is the most expensive by a significant margin. The three with the highest average price are District of Columbia ($597.88), North Dakota ($383.60), and Virginia ($364.89). These are places where marijuana use is somewhat restricted: In D.C. it is illegal to purchase, in North Dakota it’s only legal for medical use, and in Virginia it’s not legal at any level. The three least expensive states for marijuana, however, are all in the West region and all allow for legal recreational use: Oregon ($210.75), Washington ($232.90), and Colorado ($241.74). The national average is $326.06. 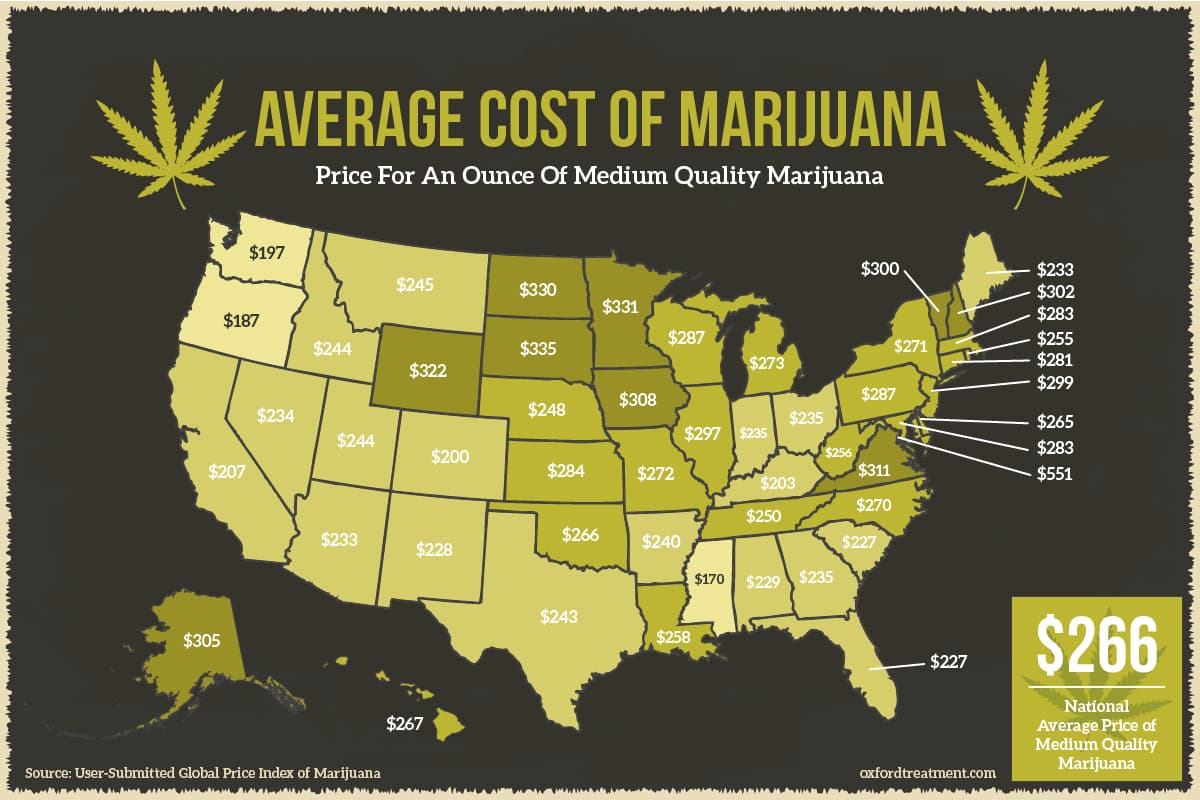 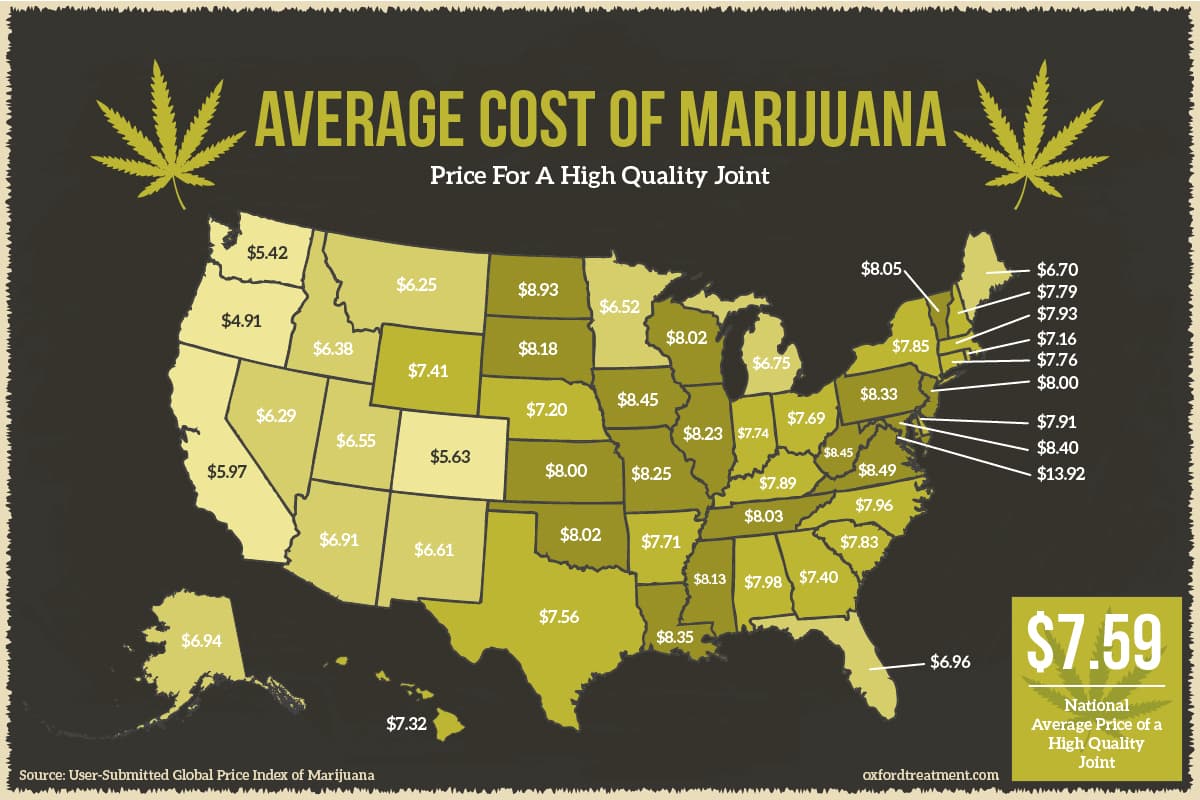 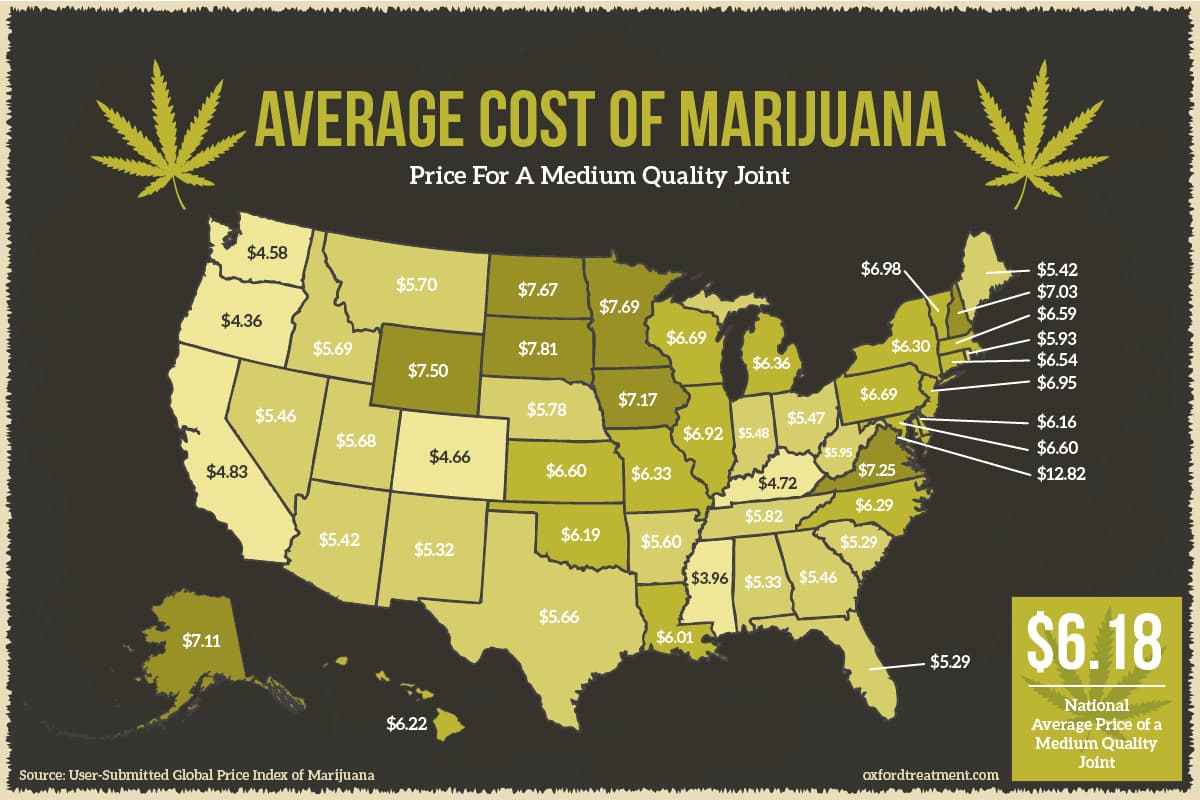 Breakdown Overview of The Average Cost of Marijuana 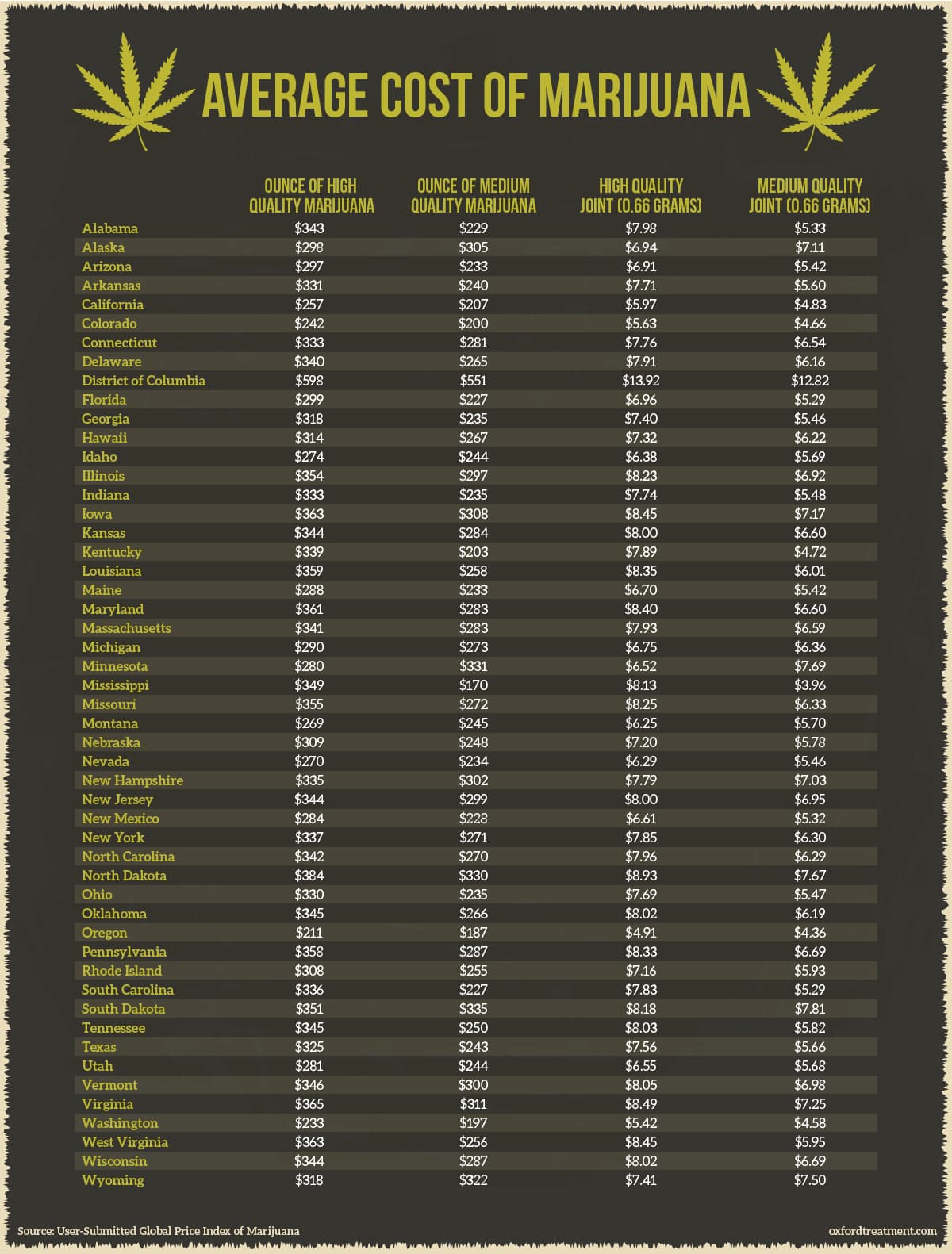 Beyond being an addictive substance that causes inebriation, legal for use or not, the use of cannabis has been linked with negative mental health outcomes. According to the Centers for Disease Control and Prevention, cannabis use has been connected with “the development of schizophrenia and other psychoses,” higher likelihood to have thoughts of suicide, higher risk of social anxiety disorder, and other negative effects.

The treatment of these co-occurring conditions — marijuana abuse and mental health disorders — is a special focus of our treatment center in Etta, Mississippi. If you’re concerned someone you know is dealing with any type of substance use disorder, or you would like help with yours, we can help.

CAN I USE THIS INFORMATION? The information and graphics in this blog post can be used and displayed by all commercial and non-commercial websites without charge. However, use is only permitted with proper attribution to OxfordTreatment.com. When using this information or any of these graphics, please include a backlink to this page.