Should You Quit Weed Cold Turkey? What Are the Effects?

Weed—also known as marijuana—is the most commonly abused illicit drug in the United States, according to the National Institute on Drug Abuse (NIDA). In a typical month, 22.2 million people use the drug at least once. 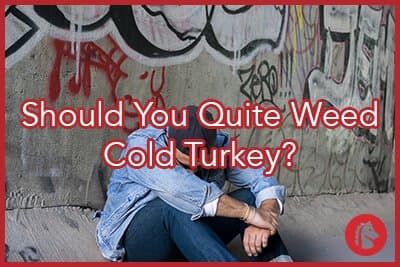 Weed is commonly associated with safety. Since many states have declared the drug legal for adult recreational use, many people assume that the drug is simply benign and that there’s a low risk of weed’s side effects causing real problems. If the drug is legal, they think, it cannot cause harm.

Unfortunately, some people discover how strong and dangerous weed can be when they attempt to quit smoking weed. That is especially true if they move from daily use to no use at all, with no transition period in the middle.

This form of quitting, known as quitting cold turkey, causes quite a few negative side effects, and some of those symptoms can make quit smoking weed for good difficult or impossible.

Have you lost control of your marijuana use? Answer a few brief questions to find out if you need help. Complete our free and confidential addiction questionnaire today.

What is Cold Turkey?

Research suggests that the term cold turkey has been associated with the cessation of drugs because a turkey’s skin, with its bumps for feathers, is similar in appearance to the goosebumps people may experience when they stop taking an opioid like heroin. In time, the term has expanded to refer to the abrupt cessation of almost anything, not just heroin.

For some people, cold-turkey cessation is the most effective way to achieve and sustain sobriety. For example, in a study in JAMA, researchers found that people who stopped smoking cold turkey were less likely to be smoking six months later when compared to people who quit in a gradual manner.

More research is needed in order to understand why stopping smoking quickly seems more effective than moving away from smoking slowly. But this study seems to suggest that speed helps people to kick a smoking habit.

However, speed isn’t always helpful when stopping a habit. In fact, when it comes to some drugs, going cold turkey can lead to very serious health issues.

The U.S. National Library of Medicine reports that people with an addiction to alcohol can experience very serious withdrawal side effects when they attempt to quit use quickly. People can experience seizures, and these can be life-threatening.

Alcohol suppresses electrical activity in the brain, and after years of alcohol abuse, the brain can grow accustomed to this electrical suppression. When alcohol is suddenly not available and electrical levels return to normal, this can cause a sort of electrical storm in the brain. People can feel uneasy or nervous, and they can see or hear things that aren’t there. In time, that storm can grow until seizures develop.

Opiates like heroin are also associated with terrible withdrawal side effects for people who attempt to quit cold turkey. People can grow violently ill and experience both diarrhea and vomiting. That can lead to intense dehydration, which can put strain on the kidneys. This can also be life-threatening.

While a cold-turkey approach might seem effective, and it certainly is quick, it clearly isn’t right for every person and every addiction. Weed is another drug that shouldn’t be considered ideal for cold-turkey methods.

Should You Quit Weed Cold-Turkey?

Brain cells are the main targets of the active ingredient in weed. It makes sense then that the main symptoms of weed withdrawal, according to NIDA, are mental. People who move through weed withdrawal experience:

These are very real symptoms, and when they appear suddenly, they can be overwhelming. Someone who has long been accustomed to using weed to medicate through a sense of depression or anxiety might not have the tools to cope with these feelings while sober. A person like this might be likely to relapse to drug use to make the feelings go away, since they are new and overwhelming feelings.

Similarly, deep depression and anxiety come with their own risks. Feelings like this are associated with an increased risk of suicide. People who feel as though they should be able to quit weed cold turkey but are unable to do so may be driven to make a terrible and permanent decision.

As a columnist with the Chicago Tribune points out, withdrawal side effects like depression could be linked to underlying mental health problems in people who abuse weed. For some people, the drug is a form of self-medication, used to help make life with illness a little easier. When that medication is gone, it can be harder to live with the challenges of the mental illness. If someone quit smoking weed cold turkey, the return of those symptoms can be swift and a little frightening. That could lead to an increased suicide risk.

Finally, it is very difficult to move away from a drug people are accustomed to taking each day. Cravings for weed, a side effect of the drug’s damage to the brain, can be strong and overwhelming. Without proper treatment, it can be easy to give in to those cravings.

A researcher quoted by Live Science suggests that weed withdrawal symptoms play a role in relapse. People who experience these symptoms know that taking the drug makes the feelings abate. When they’re feeling low and unwell, and that comes on all at once due to a cold-turkey approach, it’s just too easy to slide back into use.

Side Effects of Smoking Weed

People who abuse marijuana can do a significant amount of damage to their bodies. For example, many people smoke weed. They roll dried leaves and stems from the marijuana plant into smoking papers, and they light the joint to smoke it. While they may not add tobacco to the mix, NIDA reports that people who smoke weed can face the some of the same health risks as people who smoke tobacco.

Side effects of smoking weed include:

Marijuana can increase heart rate, NIDA says. That side effect can persist for up to three hours after smoking weed, and it can increase the risk of a heart attack.

Marijuana can also have a deep impact on the brain. Many brain cells are equipped with cannabis receptors, which bind to the active ingredient in marijuana. NIDA reports that many of these receptors are located in the portion of the brain that deals with memory formation and the processing of information. Continued exposure to marijuana can damage this portion of the brain, although the length of the damage and the brain’s ability to heal after sobriety is still an area of very active research.

It is known, however, that marijuana has the ability to cause addiction. Research quoted by Stanford University suggests that about 10 percent of people who use cannabis become dependent on the substance.

Addiction is characterized by the continued use of a substance despite knowledge that the substance causes harm. It is a disease caused by changes in brain chemistry. With long-term exposure to the drug, brain cells change their processes. They become adept at functioning only when the drug is present.

When the drug is removed, those brain cells must adjust to functioning without the drug. That recalibration can take time, and until the process is complete, people may experience withdrawal. People like this may also experience strong cravings for drugs.

It’s important to note that addiction symptoms are not caused by a lack of willpower. They are caused by chemical changes in the brain spurred by addiction. When people choose cold-turkey sobriety, those addiction side effects are strong and hard to ignore.

The speed with which marijuana withdrawal symptoms take hold is dependent on the person’s addiction. People with a long history of abuse, and who use a significant amount of marijuana each day, experience symptoms quicker than people with relatively new addictions spurred by smaller amounts of the drug.

In general, according to Psych Central, withdrawal side effects develop within 24–72 hours of last use. When someone chooses to go quit weed cold turkey, the feelings come on quickly.

Those symptoms grow in severity during the first seven days, when they peak in intensity. At this point, the person feels the impact of the loss most keenly and is likely at the highest risk of relapse.

Those sensations begin to fade bit by bit over the next several days. After about two weeks, most symptoms will disappear. Insomnia is the only side effect that may remain, and it can persist for more than 30 days.

Research from the journal Substance Abuse and Rehabilitation suggests that adults are more likely to develop withdrawal symptoms than adolescents. Symptoms of withdrawal are strongly associated with addiction, researchers say. That means people who try to stop using weed and who experience symptoms of withdrawal may be dealing with an addiction, even if they don’t think that’s true. 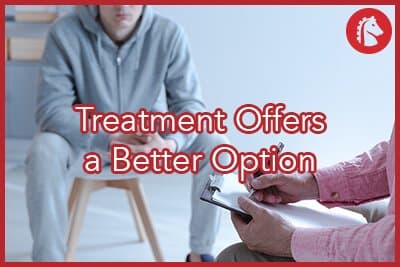 Choosing a cold-turkey sobriety path means dealing with intense symptoms that persist for several days, if not weeks. Many people who choose this method attempt sobriety on their own without the help of a treatment team. There is a better way.

Addiction treatment programs are tailored to meet people where they are with the services they need. That means teams assess the addiction and the best way to achieve sobriety. For some people and some addictions, tapering to sobriety is best. For others, using medications to assist with symptoms is best. For others, cold-turkey sobriety with help from a treatment team is ideal.

After medical detox is complete, people in treatment aren’t left alone to battle the aftermath of the addiction. They get help from caring therapists, counselors, and mentors who help them to develop supportive, strong habits that allow them to persist in sobriety. They are in safe spaces that support their sobriety. They have a chance to really make their lives better.

After formal treatment, people can build on those lessons in support groups. Community addiction support group meetings allow people to meet other people with addictions. They trade lessons. They continue to learn about addiction. They grow stronger in sobriety together. For some, these meetings also offer a sense of community and fun. They come to enjoy the meetings, and they sign up for social events with the group as well. This community can be a great resource when times are tough and the risk of relapse rises.

Marijuana isn’t the safe drug people assume it to be, and there’s no reason to move through terrible withdrawal symptoms alone. Enrolling in a structured treatment program can be the best way to really gain control while respecting the damage the addiction can cause. In comprehensive treatment, people can get the answers they are really looking for. And then, they can get the clarity and sobriety that come with full recovery.