What are the Most Common Medications Used for Drug Detox?

Medications may not always be used in the detox and recovery process, but in some cases, they are helpful when used in combination with other therapies. The process of using medication in addiction treatment is referred to as medication-assisted treatment, or MAT. There are numerous medications that can be used during both detox and ongoing addiction treatment, depending on the specific client’s needs. Some of these medications help to ease symptoms of withdrawal; others work to reduce cravings and prevent relapse; and still others address specific withdrawal-related symptoms or issues related to co-occurring mental health issues.

Methadone is, most likely, the most well-known medication used to treat clients who are recovering from opioid addiction, specifically addictions to heroin and prescription painkillers. The National Institute on Drug Abuse describes methadone as a drug that works on the same receptors in the brain that are affected by heroin and other opioids. However, NIDA also notes, individuals who use methadone generally do not experience the “rush” associated with other opioid drugs of abuse. Methadone also decreases the person’s desire to abuse opioids. 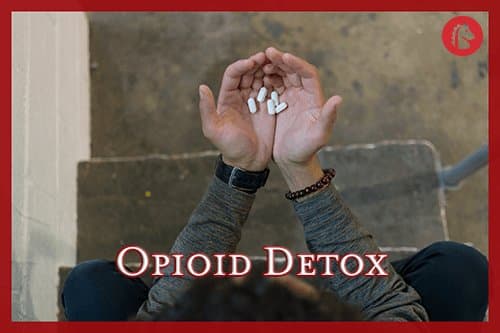 Naltrexone is described by the Substance Abuse and Mental Health Services Administration as a medication that blocks opioids from having any effect on the brain. This means that if people relapse and use an opioid, they will not experience the “rush” that accompanies use of the drug. Some people may attempt to override the effects of naltrexone by taking a higher dose of opioids, but this can cause accidental overdose. Naltrexone may not stop drug cravings, and people must not have opioid drugs in their system when they take naltrexone, as it will increase the severity of withdrawal symptoms. This medication is usually administered in either pill or injection form.

As previously stated, naltrexone is an option for treatment of alcohol dependence. Vivitrol is thought to decrease heavy drinking in those wishing to detox, as it acts on the reward center of the brain. This also decreases the feelings of pleasure people may experience when they drink.

Acamprosate is a medication formulated to treat alcohol dependence. The US National Library of Medicine warns that this medication does not prevent withdrawal symptoms from occurring, but it can help to prevent heavy drinking, as well as reverse the changes in the brain that severe and long-term drinking may have caused. It is important that people take this medication as prescribed, even if they feel they are not at risk for relapse. SAMHSA advises that people begin treatment with acamprosate as soon as possible, and that they follow through with their treatment plan for the medication, which can last as long as a year.

Disulfiram, also known by the brand name Antabuse, causes unpleasant symptoms if people consume alcohol while taking the medication. The US National Library of Medicine warns that these reactions can last up to two weeks after drinking, and that people should not take disulfiram until at least 12 hours after consuming alcohol.

The effects commonly take place within 10 minutes of consuming alcohol and may include:

Disulfiram is used in a tablet form and should be taken exactly as prescribed. This medication, according to SAMHSA, does not prevent cravings for alcohol or reverse the effects of alcohol on the brain.

At times, benzodiazepines may be prescribed to decrease the intensity of alcohol withdrawal symptoms, such as anxiety, panic attacks, hallucinations, and delusions. The American Academy of Family Physicians states that use of these medications generally occurs in an inpatient setting, allowing for strict medical supervision. A long-acting benzodiazepine may be used, and, when appropriate, the individual’s dose of the benzodiazepine can be tapered down slowly throughout the course of care.

The most commonly used medications for tobacco cessation are over-the-counter nicotine replacement patches, lozenges, and gums. Nicoderm CQ is a popular brand of nicotine replacement therapy. The patches deliver a steady stream of nicotine for 24 hours, thus reducing cravings. Nicorette, an over-the-counter brand of lozenges and gum, can be used in tandem with Nicoderm patches. When people experience a craving for nicotine, they use the gum or lozenges to ease the craving and avoid returning to tobacco use.

Bupropion and varenicline are two medications available in tablet form that can be used together to help people avoid using nicotine. Varenicline works in the brain by interfering with the receptors affected by nicotine. According to Everyday Health, this has a double benefit: It decreases the feelings of pleasure associated with nicotine use and may decrease symptoms caused by nicotine withdrawal. Bupropion also works in the brain by decreasing cravings for nicotine. 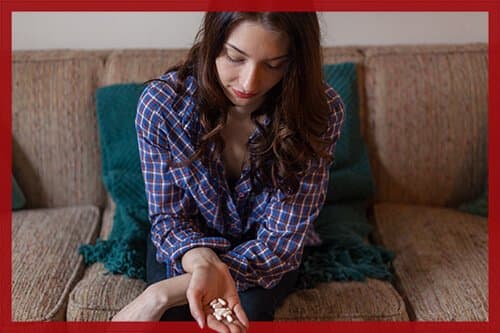 Specific medications are not used to treat benzodiazepine and sedative withdrawal directly. Instead, a tapered approach is used; this involves slowly lowering the dosage of the drug over a set period of time. This should only be done under direct medical supervision. At-home or do-it-yourself benzodiazepine detox attempts can result in life-threatening withdrawal symptoms and should not be attempted.

A sudden halt in the use of benzodiazepines can cause dangerous effects, such as seizures. People should work with supervising physicians to determine a dosing schedule that best fits their needs, as the tapering schedule depends on the strength of the drug being taken and the length of time that the person has been using the medication.

At times, physicians may prescribe diazepam to their patients, as some see this medication as an easier one to taper in cases of benzodiazepine detox. Detox from benzodiazepines is not a quick process; it can last two months or longer.

According to SAMHSA, depression is one of the most prominent symptoms experienced during stimulant withdrawal. Antidepressant medications may help clients who experience this depression. Trazodone, which is an antidepressant, may also help if the person is experiencing insomnia.

As previously stated, trazodone is sometimes used to help individuals who are experiencing insomnia during addiction treatment. If trazodone is ineffective or not an option for other reasons, there are several other medications that medical professionals can utilize to ease insomnia. If the client is on a tapered benzodiazepine dose, for example, it may be effective for the dosage to be taken at night to promote sleep. There are medications specifically designed to aid sleep, such as Ambien or Lunesta, but these medications may not be prescribed regularly due to their abuse and addiction potential, per an article in the Journal of Addictive Diseases. Amitriptyline, another antidepressant, was shown in a study to be as effective for insomnia as the benzodiazepine Ativan.

Anxiety is a common symptom experienced by those in withdrawal. Most illicit drugs, as well as medications that are associated with dependency, can cause anxiety to present itself in addition to other withdrawal symptoms. The University of Maryland Medical Center warns that withdrawal can produce symptoms that are extremely similar to panic attacks, as well as cause individuals to develop this anxiety rapidly. At times, antidepressants are the first line of treatment for anxiety symptoms, especially where the use of benzodiazepines may be contraindicated. The US National Library of Medicine lists clonidine, a medication generally used for hypertension, as an option for treating anxiety during medical detox. Antidepressants – typically medications classified as SSRI medications – are also utilized when a person experiences depression related to the medical detox process.

Nausea and vomiting associated with medical detox can be caused by multiple factors and can become severe at times. If the nausea is mild, over-the-counter medications like bismuth subcarbonate, also known as kaopectate or Pepto Bismol, may be effective. Certain motion sickness medications, such as dimenhydrinate or meclizine hydrochloride (Dramamine), may also be used in some instances. If the nausea and vomiting are severe, there are various prescription medications that medical professionals can prescribe. A publication by the American Cancer Society describes several antiemetic medications that may be helpful, such as ondansetron (Zofran), metoclopramide (Reglan), promethazine (Phenergan), and prochlorperazine (Compazine). Unless contraindicated, lorazepam (Ativan) and alprazolam (Xanax) – two anti-anxiety medications – may also be effective in treating nausea and vomiting.

Although medications can be helpful during detox and ongoing recovery, they do not constitute addiction treatment on their own. They should be used in conjunction with a complete treatment program that incorporates traditional therapies, such as individual and group counseling. There is no cure or quick fix for addiction; comprehensive care is needed to ensure long-term recovery.

detoxtreatment
Help is a Phone Call Away
Please don't suffer with substance abuse thinking no one cares. We care and want to help you get back to the life you deserve.
Are you covered for addiction treatment? Find your insurance.
and many more...
✕
Instantly Check Your Insurance Coverage
Your information is safe & secure
At Oxford, we accept most types of private (non-government) insurance and offer a variety of payment options.
You can quickly and privately check your insurance benefits to see if you're covered for addiction treatment services. We’ll be able to tell you if your provider is in network with Oxford Treatment Center and all American Addiction Centers locations.
This means your treatment may be FREE1 depending on your policy, copay, and deductible.
Get the Info & Help You NeedWe're open across the US. Learn about your options.