ETOH Abuse: A Guide to Ethanol Addiction and Symptoms 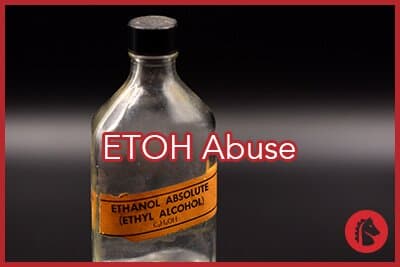 Have you lost control of your ethanol use? Answer a few brief questions to find out if you need help. Complete our free and confidential addiction questionnaire today.

Ethanol or Alcohol: What’s the Difference?

In a study in the journal Alcoholism: Clinical and Experimental Research, various types of alcohol were examined, and the ABV rates between different manufacturers were determined. These are just a few of the average ABVs the researchers discovered by beverage type:

When Drinking ETOH Is Dangerous 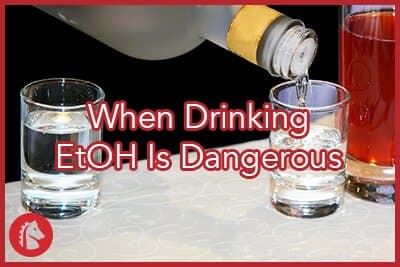 Alcohol is built into many aspects of modern life. Families raise glasses of champagne to toast couples after a wedding. Friends meet for a drink during happy hour after work. People crack open bottles of beer to watch sporting events. Celebrations and get-togethers are often fueled by sips of alcohol.

Women and men metabolize alcohol differently, so the recommendations vary by gender. This is not a cultural difference as much as a physiological difference.

People who drink in this manner may not drink every day, and they may not drink very much when they do engage in drinking. For them, alcohol is an infrequent part of the diet. They may never, at this level, engage in a form of drinking that could be considered abusive.

But there are some people who engage in this low-risk form of drinking on a regular basis who may still engage in drinking patterns that are far from healthy on an occasional basis. Binge drinking, which the Centers for Disease Control and Prevention (CDC) defines as women drinking four or more alcoholic beverages and men drinking five or more within about two hours, can do intense damage.

Binge drinking is typically characterized by people who are drinking alcohol with the express purpose of intoxication. These are people who may gather friends and family members with the purpose of abusing EtOH. After a night of binge drinking, someone like this is at a higher risk of:

Binge drinking is almost always considered dangerous, just because it can cause so many difficulties in such a short period of time. As a result, binge drinking is considered a symptom of an alcohol use disorder. Other symptoms, according to the American Academy of Family Physicians, include:

Someone like this may start an abusive drinking pattern and not realize how dangerous it is. Understanding the damage alcohol can cause could, in some cases, help people to take control of the way they drink.

The Real Risk of EtOH Addiction

Alcohol can impact the cells of the brain, lowering inhibitions and increasing the chance that someone will take dangerous risks. This isn’t the only damage alcohol can cause.

NIAAA reports that alcohol can also cause damage to:

Alcohol abuse has also been associated with an increased risk of certain types of cancer. The body parts that touch alcohol, including the mouth, esophagus, and throat are at unique risk.

Alcohol abuse can also lead to alcohol dependence. People who experience dependence may feel a very strong urge to drink, even if they know drinking isn’t right for them. People like this may also experience symptoms of withdrawal, like shaking, if they don’t drink alcohol.

American About 18 million adults have an alcohol use disorder, says the U.S. National Library of Medicine. For people like this, their use and abuse of alcohol cause real harm. People like this may struggle to stop consuming alcohol without help from a treatment program. 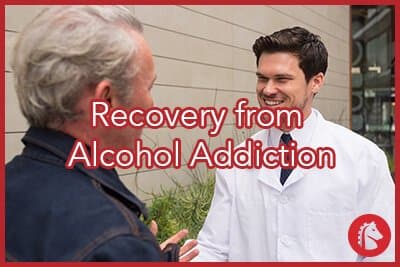 This is the kind of therapy that can help people change the way they think about themselves and the world around them. It can lead to very remarkable changes.

It’s Never Too Late to Get Help Take Action Now