Alcohol is a central nervous system depressant that affects mood, coordination, thinking and decision-making abilities. When abused regularly, alcohol can create a dependency that is both physical and psychological in nature. Around 17 million American adults suffered from an alcohol use disorder in 2014, according to the Substance Abuse and Mental Health Services Administration (SAMHSA).

Alcohol addiction is characterized by an inability to control one’s drinking that negatively disrupts relationships, job performance, school grades, family life, and personal mental and physical health. When someone battles an addiction to alcohol, the person may continue to drink in spite of any and all consequences that may occur as a result and may end up in potentially hazardous situations, increasing the odds of being in an accident or suffering an injury as a result.

Alcohol impairs motor skills, reflexes, reaction time, short-term memory, and the ability to think clearly or rationally. Inhibitions are lowered, increasing the risks for engaging in potentially dangerous sexual interactions or possibly falling victim to crime or violence. In the United States, 30 people are killed every day in a motor vehicle crash involving a driver impaired by alcohol, which equals one person every 51 minutes, the Centers for Disease Control and Prevention (CDC) publishes.

Too much alcohol consumed at once can cause a fatal overdose as the toxins overwhelm the body. The CDC reports that over 2,200 people die annually in America as the result of alcohol poisoning. In addition to the short-term negative health risks of excessive alcohol abuse and addiction, there are also multiple long-term physical consequences.

Alcohol Addiction and Harm to the Liver

Almost a quarter of the American adult population (18 and older) reported at least one episode of heavy drinking in 2014, the CDC publishes. Heavy drinking days are defined by five or more drinks for a man in a single day, or four drinks for a woman. Alcohol was a contributing factor in almost 30,000 deaths in 2014, the CDC further publishes, which doesn’t even account for homicides or accidents involving alcohol. A major factor in alcohol-related deaths is alcoholic liver disease, which was the cause of death in close to two-thirds of total alcohol-induced fatalities. Liver disease can have many complications from liver and kidney failure to liver cancer, increased fluid in the abdomen, bleeding in the stomach, an enlarged spleen, a buildup of toxins in the brain, and death. 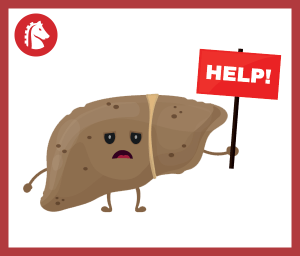 Alcohol cannot be stored in the body, and the gastrointestinal system works hard to filter ethanol, the active chemical in alcohol, out. The liver is one of the body’s organs responsible for helping to filter out toxins like ethanol, and consuming alcohol in large amounts regularly can cause problems including a buildup of fatty tissue, inflammation, and scarring, or cirrhosis. It could potentially lead to alcoholic liver disease.

Studies have been published about the potential health benefits of alcohol, which may seen counterintuitive. Harvard Health published information that seems to link moderate drinking (no more than one drink a day for a woman, or two for a man) with a reduction in heart- and cardiovascular-related issues. The key word here is moderate. Someone battling alcohol addiction likely drinks more than one or two standard drinks in a day (A standard drink is defined by the National Institute on Alcohol Abuse and Alcoholism, or NIAAA, as one 12-ounce beer, 1.5 ounces of spirits, one 5-ounce glass of wine, or one 8- or 9-ounce glass of malt liquor). Chronic bouts of heavy drinking that go along with prolonged, or untreated, alcohol addiction can cause a variety of health problems in addition to the damage it may be doing to the liver.

Alcohol is essentially a toxin that produces mind-altering effects. Its continued presence in the bloodstream can bring many health risks, such as:

Impact of Alcohol on the Brain

Alcohol also affects the brain and the way chemical messengers are produced and move around. Alcohol addiction actually causes parts of the brain that are involved in decision-making, impulse control, memory, motivation, pleasure, and reward processing to be rewired. Moods, behaviors, and even personality can be impacted.

Some of the damage caused to the brain as the result of alcohol abuse may be reversible; however, a serious brain disorder may develop, causing a permanent debilitating condition called Korsakoff ‘s psychosis. This is a type of memory disorder often preceded by the related disorder Wernicke encephalopathy. NIAAA estimates that close to 80 percent of people addicted to alcohol may suffer from a deficiency in thiamine (vitamin B-1), which is one of the body’s essential vitamins that alcohol may deplete. While Wernicke encephalopathy and Korsakoff syndrome are technically two separate disorders, they are often lumped together and called Wernicke-Korsakoff syndrome, which is considered a form of dementia. The Oxford Journalreported that out of a group of people affected by dementia, between 10 and 24 percent of the time it may have been caused, or its onset was contributed to, by alcohol.

Wernicke encephalopathy affects a person’s muscle coordination and ability to control eye movements, and it can lead to mental confusion. When treated, it may be reversible; however, NIAAA publishes that between 80 and 90 percent of those suffering from alcohol addiction and Wernicke encephalopathy will progress to Korsakoff’s psychosis. This is a serious memory disorder characterized by an inability to learn new information or remember recent events, as well as gaps in long-term memory that may cause the person to confabulate, or unintentionally make up events to fill these gaps. The Alzheimer’s Association reports that untreated Korsakoff syndrome is fatal about 20 percent of the time, while a quarter of those affected will recover, and half will improve with treatment and prolonged abstinence from alcohol. 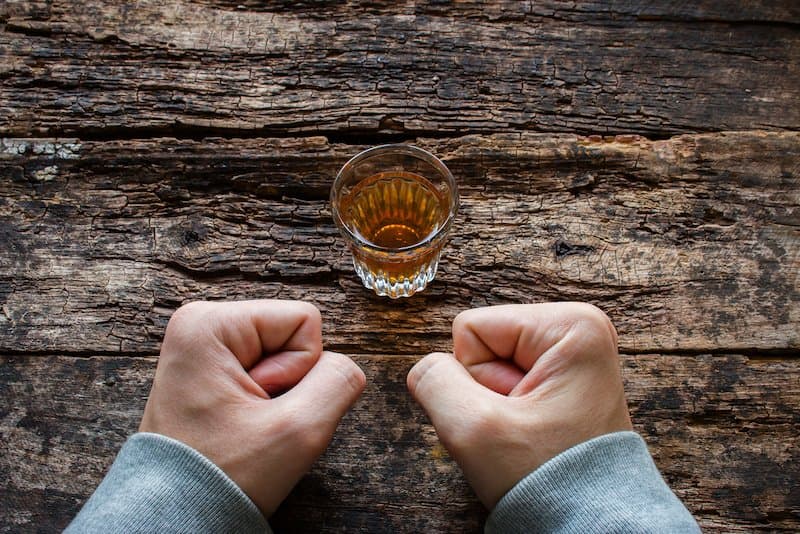 Another potentially serious side effect of alcohol addiction is alcohol withdrawal, which occurs when an individual stops drinking, making it seem desirable to keep drinking. Alcohol withdrawal occurs when a person is dependent on alcohol and can range in severity. The New York Timesestimates that about 95 percent of individuals dependent on alcohol will suffer from mild to moderate withdrawal symptoms while about 5 percent may suffer from delirium tremens (DTs), a severe and potentially life-threatening form of acute alcohol withdrawal syndrome. DTs is indicated by fever, significant confusion, nausea and vomiting, seizures, hallucinations, and agitation that may not manifest for up to a few days after stopping drinking. It requires immediate medical attention.

Alcohol withdrawal is the result of an effort by some of the brain’s messengers, like dopamine and gamma-aminobutyric acid (GABA), to rebalance themselves after a long period of chemical interference. Dopamine is partially responsible for why a person feels happy, and it is one of the neurotransmitters involved in reward processing and pleasure. Alcohol floods the brain with dopamine, which is why it makes people feel good when they drink.

As the brain becomes accustomed to alcohol’s interactions with the dopamine levels on a regular basis, however, it may stop making it at normal levels without alcohol telling it to, resulting in a dip in these levels when alcohol is removed or not present. It may then be hard for a person to feel happy without alcohol at this point.

GABA is one of the body’s natural sedatives that suppresses the stress reaction. Alcohol stimulates GABA production, which enhances relaxation and slows nerve firings in the brain. When alcohol is suddenly removed, GABA levels may rebound, causing functions like blood pressure, body temperature, and heart rate to spike, resulting in increased stress levels and potential seizures or cardiovascular concerns.