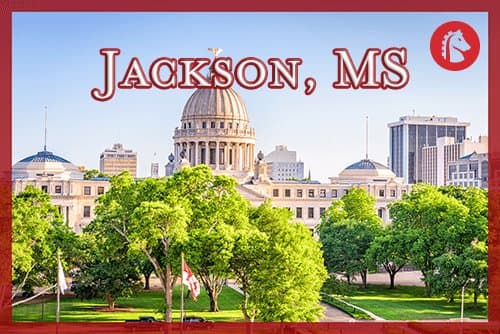 The largest urban center in Mississippi and the state capital, Jackson is a bustling city in the heart of Hinds County. Overall, Mississippi is one of the most rural states in the United States, and urban areas are broken up into regions. For instance, the city of Jackson falls into the Jackson Metropolitan Service Area (MSA), which includes Hinds, Simpson, Copiah, Madison, and Rankin counties.

In general, Mississippi is considered to be medically underserved, and rural populations often suffer from a shortage of healthcare professionals and increased behavioral health risk factors, such as low income, unemployment, lack of health insurance coverage, and a low level of education completed, the Mississippi Department of Health (DOH) publishes. For Hinds County specifically, the Baptist Health Systems Community Health Needs Assessment (CHNA) 2015-2017 indicates that graduation rates and the number of children eligible for free and reduced lunch are statistically significant. Low graduation and completion of higher education combined with a high number of children receiving free and reduced lunches can be indicators of poverty and potentially negative health outcomes.

The high school graduation rate in Hinds County is 68.7 percent, which is lower than the state rate of 75.2 percent and the national rate of 82.2 percent. A high percentage of residents in Hinds County receive public assistance income and are receiving Medicaid insurance. Over one-quarter of the Hinds County population are without any medical insurance, and nearly 20 percent of residents fall below the 50 percent federal poverty level (FPL). HIV is a significant concern in the Jackson area as are stigmas related to getting treatment.

Poor health outcomes are often intertwined with behavioral health issues. The University of Mississippi Medical Center (UMMC) Community Health Needs Assessment (CHNA) 2015-2016 reports that almost one-quarter of Mississippi residents currently smoke cigarettes and that one-fifth of all deaths every year in the state involve tobacco-related causes. The Behavioral Health Barometer: Mississippi, 2015 publishes that a higher percentage of Mississippi adolescents (between the ages of 12 and 17) report smoking in the past month for the years 2013 through 2014 than national averages (6.8 percent of Mississippi youth compared to a 5.2 percent national average). Just over 60 percent of Mississippi survey respondents report suffering from emotional health issues or stress at least some of the time while over 20 percent claim to experience stress or emotional health concerns all of the time, per the CHNA. 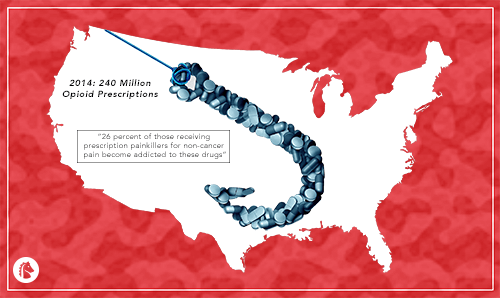 Over the past 10 years, prescription drug misuse has skyrocketed 400 percent in Mississippi, AP News reports. Between 2014 and 2017, there were nearly 500 drug overdose deaths, close to 400 of which involved an opioid drug.

The Mississippi Department of Public Safety classifies prescription drugs as the state’s number one drug threat. Mississippi ranks fifth in the United States for most opioid prescriptions dispensed per capita, the Washington Times publishes. The Mississippi Department of Health (DOH) reports that in 2014 there were enough controlled substances dispensed in Mississippi for every resident to have 2.4 prescriptions. In the summer of 2017, Governor Phil Bryant of Mississippi introduced the Governor’s Opioid and Heroin Study Task Force, which made more than 40 recommendations on how to address the opioid diversion, misuse, overdose, and addiction problems.

Naloxone is also to be made available for law enforcement and first responders as a method to overturn opioid overdoses. The Clarion Ledger publishes that a standing order in Mississippi also makes naloxone (Narcan) available through local pharmacies. The Emergency Response and Overdose Prevention Act in Mississippi, as published by Pharmacy Times, allows pharmacists to dispense the opioid antagonist in good faith through a standing order from a physician.

A statewide educational campaign, Stand Up Mississippi, was launched to help combat the local opioid epidemic. This campaign provides information on treatment options and recovery support programs for families and individuals impacted by opioid abuse.

Jackson and Hinds County, Mississippi, fall into the Gulf Coast High Intensity Drug Trafficking Area (GC HIDTA), which also includes counties in Arkansas, Tennessee, Louisiana, and Alabama. Within this region, cocaine is considered to be the biggest drug threat, the 2015 Drug Threat Assessment publishes. In Mississippi specifically, nearly 60 percent of all drug treatment programs cite a high prevalence of crack cocaine abuse among admissions. Heroin, methamphetamine, and marijuana are also drugs of concern in Mississippi and the GC HIDTA.

Drugs are often related to increased rates of crime. The CHNA publishes that rates of violent crime in Hinds County are much higher than the rest of the state and than national averages indicate as well. Violent crime rate in Hinds County was recorded at 731.97 per 100,000 residents compared to a state rate of 286.6 per every 100,000 people in Mississippi and a national rate of 395.5 per 100,000 people. 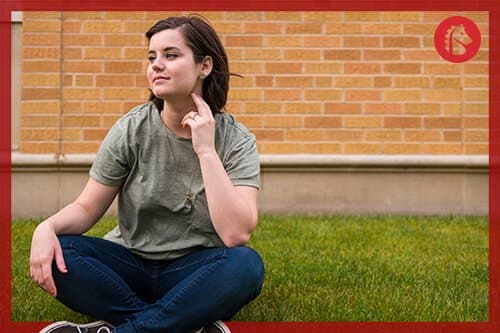 The state of Mississippi has a regional-based system of care for behavioral health services provided by Community Mental Health Centers (CMHCs), state-operated facilities, and community-based providers. The Mississippi Department of Mental Health (DMH) manages drug and alcohol prevention, use, and addiction treatment services through the Bureau of Alcohol and Drug Services.

The Mississippi DOH publishes that a very high number, nearly three-quarters, of people hospitalized for an opioid use disorder also suffered from a co-occurring mental health disorder, according to 2010-2011 Mississippi hospital discharge data (HDD). Mental health concerns and drug misuse often are closely connected, and integrated treatment and specialized services can help with recovery for both.

The state is broken up into regions or service areas for treatment and healthcare needs. As part of Region 9, Jackson and Hinds County residents are served by Hinds Behavioral Health Services (HBHS).

The Mississippi DMH publishes a directory for primary residential services for facilities certified to offer care for adult males in the state. The Bureau of Alcohol & Drug Resource Directory also provides information on local treatment providers that are certified by the Mississippi DMH to offer treatment services and programs. Another resource to find state-regulated care is the Substance Abuse and Mental Health Services Administration’s Behavioral Health Treatment Services Locator, which allows individuals to search for providers by type of treatment desired and zip code. Nonprofit, community-based, faith-based, and private providers all provide care for mental health and addiction treatment for Jackson residents as well.

Some additional resources for prevention, crisis services, treatment, and recovery support services in Jackson, Mississippi are outlined below:

localmississippisouthern us
Your Next StepsWe're open across the US. Let's talk options.