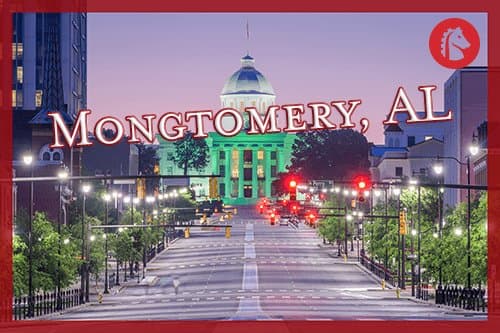 The capital city of Alabama and the second largest city in the state, Montgomery is a bustling southern urban mecca. The Jackson Hospital Community Health Needs Assessment (CHNA): Fiscal Year 2016 reports that the poverty level in Montgomery County of 22 percent is higher than the state average of 18.9 percent, and the high school graduation rate of 79 percent is lower than the state rate of 89 percent. These social indicators can often influence mental health status and rates of drug and alcohol abuse. For example, the CHNA indicates that the binge drinking rate for Montgomery MMSA of 14 percent was higher than the state rate of 12.3 percent.

High stress, low education, and poor mental health often increase the chances of people engaging in high-risk behaviors, such as drug and alcohol abuse, which can then lead to violence and crime. The Alabama Drug Task Force (ADTF) publishes that three-quarters of inmates entering the system through the Alabama Department of Corrections have an underlying drug problem, for example. Around three-quarters of the inmates were serving time for violent offenses as well.

Rates of illicit drug abuse and dependence for Alabama residents between 2013 and 2014 were the same as national averages at 2.6 percent. Rates of alcohol abuse and dependence were slightly less at 5.8 percent for Alabama residents as opposed to a national average of 6.5 percent, per the Behavioral Health Barometer: Alabama 2015. High school students in Alabama are more apt to abuse inhalants, methamphetamine, steroids, and heroin, and to inject illegal drugs at some point in their lifetime, than high school students in the rest of the United States, the Alabama Epidemiological Profile: Alcohol, Tobacco, Other Drugs Usage and Abuse 2016 reports.

The Alabama Epidemiological Profile: Alcohol, Tobacco, Other Drugs Usage and Abuse 2016 places Montgomery County within Region 3, with 19 other Alabama counties, in the state for classification purposes. Residents in Region 3 reportedly had some of the lowest rates of alcohol abuse and dependency in the state while, combined with Region 2, adult residents had the highest percentage of abuse and dependency of illicit drugs in the past year. Residents in Region 3 reported the highest rates of needing but not receiving treatment for their past-year illicit drug use as well at 2.4 percent. Tying with Regions 2 and 4, youth between the ages of 12 and 12 in Region 3 had some of the highest rates in the state for nonmedical use of pain relievers.

In the Gulf Coast High Intensity Drug Trafficking Area (GC HIDTA), which includes counties in Louisiana, Arkansas, Mississippi, Tennessee, and Alabama, cocaine and crack cocaine are the largest drug threats in the region, according to the 2015 Drug Threat Assessment. Methamphetamine and nonmedical use of prescription drugs are also highly abused in the GC HIDTA as is marijuana, which is both locally cultivated and regionally sourced, making it a popular drug of abuse in the area. Alabama sits close to the southwestern border of the United States and on a main thoroughfare in the southeastern United States.

Marijuana is a common drug of abuse in Alabama as well. The Alabama Drug Control Update lists marijuana as one of the top drugs cited as the primary drug of abuse at the time of admission into a substance abuse treatment program.

Insurance Journal reports that residents of Alabama are prescribed more opioid drugs than other states. In 2015, there were 1.2 opioid prescriptions written per person in Alabama versus 0.71 prescriptions per person nationwide that year. Prescription opioid abuse is on the rise, and overdose deaths jumped 82 percent from 2006 to 2014, a large percentage of which are believed to have involved opioid drugs. The Joint Economic Committee (JEC) Democratic staff publishes that in 2015, approximately 736 people died from a drug overdose in Alabama, nearly 40 percent of which involved an opioid drug. The illegal opiate heroin and the synthetic (man-made) fentanyl are likely contributors to this high rate of overdose fatalities.

Executive Order 708, signed into law in 2017 by Alabama Governor Kay Ivey, created the Alabama Opioid Overdose and Addiction Council. The council has recommended methods to improve Alabama’s Prescription Drug Monitoring Program (PDMP) to make it more user-friendly and apt to recognize potential diversion, abuse, and addiction issues. Recommendations of the council seek to enhance access to the opioid antagonist medication naloxone (Narcan) to first responders and the general public throughout Alabama as a method of curtailing both opioid abuse and overdose fatalities, Alabama Media publishes. Alabama has a “Good Samaritan law” in HB208, which the Alabama Public Healthdepartment reports protects individuals who are trying to save a life by administering the potential overdose reversal drug. Additional legislation provides first responders and at-risk populations access to naloxone without a prescription via a Standing Order. 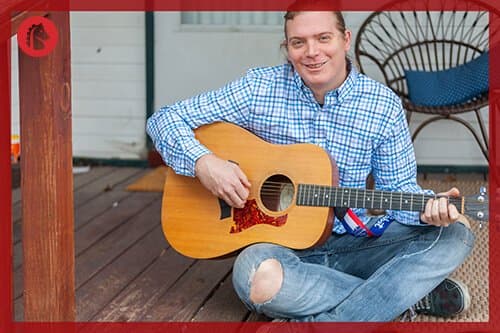 Public treatment services in Alabama are provided on an as-needed basis, and residents may qualify for reduced, low-cost, or free services depending on financial status and family size. In Montgomery, Alabama, the Montgomery Area Mental Health Authority(MAMHA) is the public, nonprofit organization that serves as the Community Mental Health Center for Montgomery, Elmore, Lowndes, and Autauga counties.

Community service providers offer local treatment services, and ADMH hosts a list of Points of Contact with phone numbers for treatment referrals and options based on the county in which a person resides.

The ADMH Substance Abuse Provider Directory also lists public services and providers by Alabama county, including details on what they provide and the type of funding used. The Substance Abuse and Mental Health Services Administration (SAMHSA) hosts a Behavioral Health Treatment Services Locator to help individuals find local treatment resources that are recognized by the state as well. Private behavioral health treatment programs are licensed by the state and overseen by ADMH as well. These facilities often provide a wide range of comprehensive services and treatment options.

alabamalocalsouthern us
Your Next StepsWe're open across the US. Let's talk options.