Situated along the Gulf Coast in Harrison County, Mississippi, Biloxi is a southern city that falls in the service area of the Gulf Coast High Intensity Drug Trafficking Area (GC HIDTA). GC HIDTA cites meth, heroin, cocaine, pharmaceutical drug misuse, and marijuana as the biggest drug threats in the region. 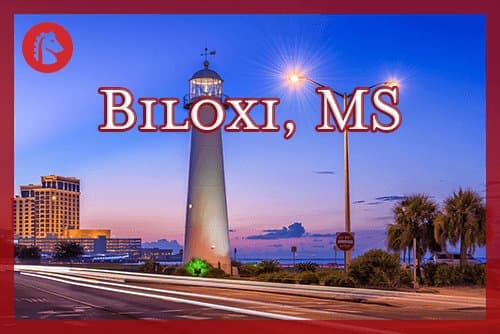 Biloxi residents specifically are faced with several environmental and social issues that can contribute to drug abuse, addiction, and poor mental health. Racism, unemployment, poverty, lack of opportunities, low levels of completed education, and a division between those that “have” and those that “have not” can all be factors.

While services for mental health support and addiction treatment are available, individuals without insurance or who receive public assistance may struggle to obtain proper care. Outreach and public education on the offered local services are key.

Mississippi ranks 50th in the United States for median household income; the median income for a Mississippi household is $39,464 compared to a national average of $53,482, the Mississippi Primary Care Needs Assessment: March, 2016 reports. Nearly 17 percent of Mississippi residents are uninsured, which is more than 2.5 percent over the national average, and over 35 percent have public health insurance coverage. The Rapid Community Health Needs Assessment (CHNA) Report for Coastal Mississippi in 2013 publishes that 20 percent of Harrison County residents were considered to have low socioeconomic status (SES).

Mississippi is a very rural state. Close to 80 percent of its counties are classified as such, which presents additional challenges and barriers to care. Biloxi is classified as part of the Biloxi-Gulfport metropolitan statistical area (MSA), which includes Harrison, Stone, and Hancock counties as one of the four MSAs in Mississippi.

Biloxi has also faced some major natural disasters in recent years, which devastated the region and impacted the socioeconomic stability of its residents. Hurricane Katrina destroyed four out of five homes in East Biloxi in 2005, for example, and the area has yet to completely recover, the Community Needs Assessment (CHA) East Biloxi, MS 2012 reports.

Harrison County, and therefore Biloxi, is also considered to be in a health professional shortage area (HPSA), which means that there are not enough healthcare providers offering accessible services to the residents. Harrison County scored an 18 on the mental health HPSA scale, with 25 being the worst.

Residents in Harrison County struggled with depression and anxiety at rates higher than the rest of the state of Mississippi at the time of CHNA, with 21.6 percent battling a depressive disorder (compared to a state average of 17.1 percent) and 17.6 percent of Harrison County residents suffering from an anxiety disorder (versus a state average of 12.9 percent). Survey respondents cited suicidal ideations, post-disaster trauma/PTSD, underage drinking, prescription drug abuse, and methamphetamine abuse as particular priority areas of concern within the region.

There are many options for addiction and mental health treatment within Biloxi and the surrounding area, including both public and private treatment providers offering a wide range of services.

It’s never too late to reach out for help. If you or someone you love is struggling with the devastating side effects of addiction and are unsure of where to turn, call us today at . Oxford Treatment Center, American Addiction Centers’ rehab center in Mississippi, is ready to help you get the treatment you need today.

The statewide initiative Stand Up Mississippi is a collaborative effort to educate people on the potential dangers of opioid drugs and the misuse of prescription medications as well as to reduce the stigma surrounding addiction. The Clarion Ledger publishes that Mississippi currently has 501 inpatient treatment beds for residents battling addiction, and much of the focus of the campaign and grant funding is being allocated to expand these treatment services.

State troopers and narcotics agents now carry the opioid antagonist drug Narcan (naloxone), as part of House Bill 996 passed in 2017 in an attempt to minimize the number of fatal opioid overdoses in Mississippi. Through federal grant funding, the Department of Mental Health (DMH) was able to provide 1,450 doses of naloxone nasal spray to Mississippi law enforcement, US News publishes. HB 996 also set up a standing order in place in Mississippi that allows residents to obtain naloxone at a local pharmacy without needing a prescription.

The state-run South Mississippi State Hospital provides public mental health services to residents of Biloxi and Harrison County as well as some of the surrounding counties. The Coastal Family Health Center and the Gulf Coast Mental Health Center (GCMHC, also called the Crossroads Recovery Center) are regional CMHCs, serving residents of Biloxi and providing treatment based on a sliding scale, depending on what each person can afford to pay for services.

To find a licensed behavioral health provider in Mississippi, residents can search for DMH Certified Service Providers with the web-based tool by inputting their county of residence and the type of service requested. Drug and alcohol abuse and addiction treatment services can be located by using the Bureau of Alcohol & Drug Resource Directory. The Behavioral Health Treatment Services Locator operated by the Substance Abuse and Mental Health Services Administration (SAMHSA) is also a helpful tool for finding local behavioral healthcare resources.

Through regional CMHCs, such as GCMHC, under the oversight of the Bureau of Alcohol and Drug Services (a division of the Mississippi DMH), the following services are offered to Biloxi residents:

Priority is given to pregnant women for public DMH services. The DMH Helpline can help residents of Mississippi find more information on local treatment options and resources for care. As part of Region 13, Biloxi is served by DMH crisis services that offer both mobile crisis response teams and crisis stabilization units for emergency services. Private treatment services are also available for local residents seeking comprehensive and specialized care.

Additional resources for prevention, treatment, and recovery services for Biloxi residents include:

localmississippisouthern us
Prefer getting help via text?
We're available 24/7 via text message. Signup below for access to our team when its convenient for you!
and many more...
Ready for Recovery?See what brings people to Oxford for help.