In 2015, enough prescription opioids were dispensed in Alabama for every 1.2 residents to have one; the national average for that year was 0.71 per person, the Insurance Journal publishes. Over 5.5 million prescriptions for opioid drugs were written in Alabama in 2015, making the state number one in America for prescription drug use. With high rates of prescription drug use often come elevated levels of drug diversion, abuse, addiction, and overdose deaths. In 2015, the Joint Economic Committee (JEC) Democratic staff reports that the opioid overdose death rate for Alabama was 6.1 per 100,000 people, as 282 individuals died from an opioid overdose that year; there were 726 fatal drug overdoses overall in Alabama in 2015.

In Mobile, Alabama, heroin and opioid abuse is a major issue; however, methamphetamine and marijuana continue to be bigger drug threats in the region, the Lagniappe Weekly publishes. Methamphetamine abuse is the number one drug involved in violent crimes in Mobile. 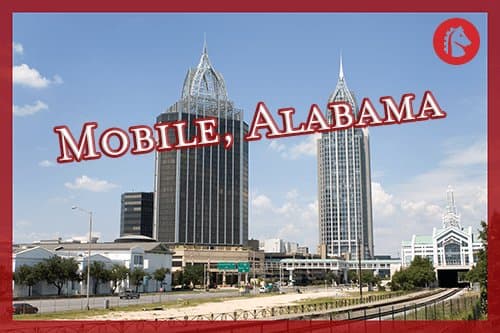 The unemployment rate and percentage of children living in poverty in Mobile County, which includes the city of Mobile, are both higher than state averages, the Community Health Needs Assessment (CHIP) 2016-2018 reports, which can contribute to poor mental health and a higher risk for drug and alcohol use concerns. Citizens within Mobile County also report more mental health issues than national averages suggest. For instance, the CHIP report explains that Mobile County residents report 4.3 mentally unhealthy days per month compared to national rates that are around half that.

Access to care, lack of health insurance coverage, and low household income rates can all increase stress levels and mental and behavioral health issues. According to the 2015-2016 Community Health Needs Assessment: Mobile County, Alabama, approximately 35.5 percent of Mobile County resident respondents cited mental health problems related to substance abuse as being one of the most important health issues in the county. The CHIP report also shows that residents of Mobile and Alabama as a whole indicate drug abuse as a major health concern in the region.

Prior to legislation, the meth initiative, and the inception of the Mobile County Sherriff Office’s (MCSO) narcotics team in 2008, pseudoephedrine sales in Mobile County were the highest among all 67 Alabama counties, Alabama Media publishes. Pseudoephedrine and ephedrine are precursors found in common cold medicines that are used to make the illicit stimulant drug methamphetamine in clandestine laboratories.

Law enforcement began cracking down on meth labs and restricted the sale and purchase of over-the-counter (OTC) products containing these ingredients with measures like the passage of House Bill 363. This 2012 bill monitors the purchase of these OTC products by requiring individuals to show ID to obtain them and limits the amount any one person can purchase, classifying medications containing pseudoephedrine/ephedrine as controlled substances and including them in the electronic drug monitoring program. “Smurfing,” which was previously highly prevalent in Mobile and involved individuals crossing state lines to try and obtain these precursor chemicals, was also reduced by the passage of this bill, preventing out-of-state residents from neighboring states that consider these products as prescription medications from buying them over the counter in Alabama.

While meth lab explosions and seizures have declined in the Mobile area in recent years, methamphetamine abuse is still a major drug threat. Alabama Media reports that the Interstate-10 (I-10) is a pipeline for a form of meth called “ice” that is being trafficked across the state and through Mobile, often from Mexico. The Mobile PD continues to work hard to disrupt the flow of the dangerous drug through the area and curb local abuse.

According to the Alabama Epidemiological Profile: Alcohol, Tobacco, Other Drugs Usage and Abuse 2016, Mobile County is the most populous of all 16 counties included in Region 4 of the profile. Residents of Region 4 struggle with some of the highest rates of adult alcohol use, youth and underage alcohol use, adult and youth binge alcohol use, youth and adult alcohol dependence, past-month tobacco use, and youth (age 12-17) nonmedical use of prescription drugs in the past year. Cocaine is considered the top drug threat in the Gulf Coast High Intensity Drug Trafficking Area (GC HIDTA), per the 2015 Drug Threat Assessment, with marijuana, prescription drug abuse, and methamphetamine all being extremely prevalent in the region as well. The GC HIDTA includes other nearby states and counties within Tennessee, Louisiana, and Mississippi as well as counties (including Mobile County) in Alabama.

Drug trafficking organizations (DTOs) are not only using personal vehicles and other methods of transportation into Mobile and the Gulf Coast region; they also use parcel post and the mail.

Law enforcement officials and collaborative efforts have been successful in curtailing and seizing quantities of drugs being sent through the mail within Alabama.

Beginning in mid 2006, Alabama instituted mandatory reporting of controlled substances through the Prescription Drug Monitoring Program (PDMP) in an effort to regulate prescription drug diversion, misuse, and abuse. This system also helps providers to recognize potential issues and get help for those in need before drug misuse becomes a major problem.

To further curb prescription drug misuse, Alabama Governor Kay Ivey signed Executive Order 708 in the summer of 2017, which created the Alabama Opioid Overdose and Addiction Council. This council is to delve into the opioid abuse and overdose epidemic plaguing the state to come up with recommendations and strategies to prevent misuse, minimize issues related to drug abuse, and reduce the number of drug overdoses and fatalities. Among other actions, the council has recommended that the Alabama PDMP be made more user-friendly and that access is improved to the potentially lifesaving opioid overdose reversal drug Narcan (naloxone) for both first responders and the general public, Alabama Media reports.

The Alabama Public Health department reports that in 2015, the “Good Samaritan law,” HB208, was signed into law, which protects individuals who administer or prescribe the lifesaving opioid antagonist in Alabama. In 2016, HB379 allows for naloxone to be distributed in bulk to first responders and members of the general public as needed to overturn an opioid overdose.

Public substance use services in Alabama, including:

The Division of Mental Health & Substance Abuse Services handles both issues related to mental health and those involving substance abuse through a comprehensive system of public healthcare in Alabama. Public programs provide care for all residents, including those covered by Medicaid and individuals without health insurance or the financial ability to pay for treatment services. Programs are often funded by federal and state monies and grants.

The Alabama Department of Mental Health (ADMH) overseas the expenditures of the federal Substance Abuse Block Grant (SABC) as the Single State Authority to fund public prevention, treatment, and recovery support services within the state. ADMH contracts with local providers and state agencies to offer these services. Providers are often certified by the Alabama Association of Addiction Counselors (AAAC) to ensure quality treatment and care.

To find a local provider offering state-based and public treatment services listed by county, Alabama residents can check the ADMH Substance Abuse Provider Directory for information on funding, level of care, and services provided. The majority of mental health concerns involving residents in Alabama are served by community service providers for which the ADMH provides a point of contact for each county, numbers for which can be found here. The community mental health center for Mobile, Alabama is AltaPoint Health. The Substance Abuse and Mental Health Services Administration (SAMHSA) also provides a Behavioral Health Treatment Services Locator to help individuals find state-recognized treatment centers and services in their local area.

Services are often community-based and localized. Private treatment options in Alabama also provide a range of comprehensive substance abuse and mental health treatment services and may be more readily accessible for immediate assistance.

alabamalocalsouthern us
Prefer getting help via text?
We're available 24/7 via text message. Signup below for access to our team when its convenient for you!
and many more...
Ready for Recovery?See what brings people to Oxford for help.