What Are the Symptoms of Being High on Marijuana?

Symptoms of Being High on Marijuana

As Foundation for a Drug Free World advises, the following are some of the known short-term symptoms of being high associated with recent or very recent marijuana use: 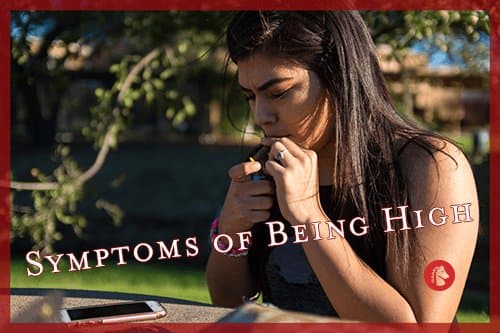 How Does Getting High Impact The Brain? 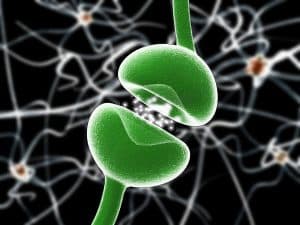 An informative article published in Psychology Today discusses the neurobiology underlying marijuana use. This section looks at the biological underpinnings of three symptoms associated with marijuana use: impaired memory, poor coordination, and elevated heart rate.

In the body, marijuana is metabolized in a way that produces a chemical that binds to cannabinoid receptors in the brain. According to research conducted in 1989, which still holds true today, there are cannabinoid receptors in several regions of the brain, including the cerebellum, striatum, amygdala, and hippocampus. As to be expected, these areas are responsible, in part, for the symptoms that emerge when a person is getting high.

As noted above, marijuana can impair short-term memory, but why? Research shows that the hippocampus is involved in memory. When a person uses marijuana, cannabinoid receptors in the hippocampus region are activated, which interferes with the way neurons in the brain communicate with each other. One of the side effects of this process is that it is harder for the brain to form new memories. Studies involving memory games bear out this neurological framework. In one test, participants smoked marijuana, and the researchers then asked them to memorize a list of words. This group remembered fewer words than the group that did not smoke marijuana.

As referenced earlier, marijuana use can very quickly impair a person’s coordination skills. Neurobiologically, this is because there are cannabinoid receptors in the striatum and substantia nigra, areas of the brain that are strongly connected to motor function. Marijuana use can cause these brain regions to deteriorate in a way that is similar to Parkinson’s disease.

After using marijuana, a person may soon experience an increased heart rate. According to research, being high can cause a 50 percent increase in the number of heartbeats per minute. Typically, heart rate peaks about 15 minutes after marijuana use. Studies have found that a person faces a 4.8 increased risk of a heart attack after getting high compared to the hour before smoking this drug. These, and other research studies, support that marijuana’s activation of cannabinoid receptors in the brain can directly cause an increase in the user’s heart rate.

The short-term symptoms associated with marijuana use can provide anyone who knows them with an incentive to never start using this drug or to discontinue use. Marijuana is unique in the American drug landscape in that it has a different legal status in different places. At the federal level, marijuana is banned. However, some states have decriminalized marijuana use for medicinal or even recreational purposes.

The varying legal status of marijuana does not bear on its proven short-term (and long-term) effects. Even individuals who may have the legal right in their home state to consume marijuana are advised to consider the physical, psychological, and behavioral consequences.

Observable Signs of Being High

When smoked, marijuana travels quickly to the brain. According to personal accounts of marijuana use, marijuana can start to have psychoactive effects as soon as 10 minutes after being smoked. Depending on numerous factors, including the amount of marijuana consumed, the user’s tolerance, and the user’s specific physiology, one or more short-term side effects can emerge.

A person who uses marijuana experiences symptoms of being high, whereas an onlooker would see any observable signs. Symptoms and signs of being high are related, but they can be distinguished from each other. For instance, a person who is hallucinating on marijuana may perceive an object to be in the room which isn’t actually there. An onlooker may see the person reacting to something that simply is not there. Such a hallucination can be part of a larger episode of marijuana psychosis. Marijuana psychosis can mirror the symptoms associated with schizophrenia disorder, even in individuals who do not have a diagnosis of this mental health disorder or any other symptoms associated with it. Research does not go so far as to say that marijuana use can trigger a schizophrenic disorder, but there are likely to be research studies conducted in this area in the near future.

Have you lost control of your marijuana use? Answer a few brief questions to find out if you need help. Complete our free and confidential addiction questionnaire today.

It’s never too late to reach out for help. If you or someone you love is struggling with the devastating side effects of addiction and are unsure of where to turn, call us today at . Oxford Treatment Center, American Addiction Centers’ Mississippi drug rehab, is ready to help you get the treatment you need today.

herbalmarijuanasubstance abuse symptoms
Prefer getting help via text?
We're available 24/7 via text message. Signup below for access to our team when its convenient for you!
and many more...
✕
Instantly Check Your Insurance Coverage
Your information is safe & secure
At Oxford, we accept most types of private (non-government) insurance and offer a variety of payment options.
You can quickly and privately check your insurance benefits to see if you're covered for addiction treatment services. We’ll be able to tell you if your provider is in network with Oxford Treatment Center and all American Addiction Centers locations.
This means your treatment may be FREE1 depending on your policy, copay, and deductible.
Your Next StepsFind help & resources or learn more about Oxford.