Written by: Editorial Staff
Edited by: Amanda Lautieri
Updated: May 11, 2022

DXM (dextromethorphan) is a cough suppressant medication (antitussive) that has been on the market for many years. Originally released in the 1950s, it became highly abused and was removed from the consumer market. Because DXM is an efficient cough-suppressing agent, several companies began to reintroduce the drug in a form that was unpleasant tasting to reduce abuse of the drug. Because the unpleasant taste led to poor sales, manufacturers then began to reintroduce medicines that were better tasting, and the drug was reestablished as a significant drug of abuse.

Currently, DXM is available over the counter in numerous medications (over 100 different products). Its major medicinal use is to suppress coughing associated with the common cold, bronchitis, influenza, allergies, and other conditions or infections. It is available in well-known medications, such as Vicks Formula 44, Robitussin, and Nyquil. The drug is often referred to by abusers as DXM, robo, triple C, skittles, red devil, etc. The term robotripping refers to its abuse in cough syrups (robo used as a term to signify Robitussin).

DXM is not a controlled substance. It is produced from a derivative of the drug morphine, but it is not classified as an opiate drug. DXM is an NDMA antagonist, which means that its major action is to inhibit the release of the excitatory neurotransmitter N-methyl-D-aspartate (opiate drugs have a mechanism of action that is entirely different from DXM). This mechanism of action accounts for its ability to control coughing.
When the drug is used according to its instructions, it produces a rather benign side effect profile that can include:

DXM taken for medicinal purposes is most often taken in doses that range between 15 mg and 30 mg every four hours. Using the medication in this manner does not produce any significant psychoactive effects, and its ability to suppress coughing effectively typically lasts throughout the four-hour time period. Abusers of the drug often take the substance in much higher quantities and at more frequent intervals.

Abuse of DXM produces similar effects to a category of drugs known as dissociative hallucinogenic drugs, which includes phencyclidine (PCP) and ketamine. Chronic abuse of DXM can result in similar effects to chronic abuse of these drugs. The United States Drug Enforcement Administration (DEA) has established a dose-dependent schedule that outlines the effects of DXM abuse. Because the drug has significant differing effects at different dosages, the DEA list DXM as a significant drug of concern, but it is not a controlled substance.

The four levels (plateaus) of DXM abuse recognized by the DEA are:

The DEA lists numerous cases where individuals under the influence of high levels of DXM were involved in serious accidents. In addition to the above effects, high doses of DXM are associated with poor judgment, impulsive behavior, and risk-taking that increase the risk of potential mishaps. A person using extremely high amounts of DXM is also vulnerable to serious health issues that result from significantly depressed breathing and cardiovascular issues, such as heart attack. The DEA reports that naloxone, an opioid antagonist drug used for individuals who overdose on opiate drugs, can be beneficial in reversing the effects of an overdose on DXM.

According to the National Institute on Drug Abuse (NIDA), chronic abuse of DXM may also produce:

Major organizations, such as the DEA, NIDA, and the Substance Abuse and Mental Health Services Administration (SAMHSA), indicate that chronic use of DXM can lead to significant tolerance (needing more DXM to get effects that were once achieved at lower doses); however, there is not sufficient evidence to indicate that repeated use of DXM is associated with the development of a withdrawal syndrome. Thus, it appears doubtful that individuals can develop significant physical dependence on DXM, although some individuals may develop significant psychological issues when they discontinue DXM (e.g., issues with depression, motivation, significant cravings, etc.). However, the diagnosis of a substance use disorder does not require that an individual develop physical dependence on any substance.

SAMHSA reports that DXM abuse can be found across all age groups but that the drug is primarily abused by younger individuals. People 12-26 years old are the most likely individuals to abuse DXM, and in the majority of cases, these are males, especially when the abuse occurs in individuals over the age of 18. In the past, SAMHSA also collected information regarding emergency room visits associated with specific drugs of abuse. The data indicated an increasing trend in the rise of ER visits associated with the abuse of products containing DXM, such that the number of cases doubled between 2004 and 2011 (the last year that SAMHSA actively reported this type of data). The DEA and SAMHSA also report that there has been a decline in DXM abuse in recent years; however, it is still a significant drug of concern, especially for younger people.

It’s never too late to reach out for help. If you or someone you love is struggling with the devastating side effects of addiction and are unsure of where to turn, call us today at . Oxford Treatment Center, American Addiction Centers’ Mississippi drug rehab, is ready to help you get the treatment you need today.

Signs Someone May Be Abusing DXM

NIDA reports that abuse of DXM is often accompanied by concurrent use or abuse of alcohol, marijuana, and prescription medications, such as prescription pain medications or benzodiazepines. In some instances, individuals use stimulant drugs to counter the effects of DMX. Consistently abusing multiple drugs can result in development of a serious issue with polysubstance abuse and a complicated substance use disorder profile. The American Psychiatric Association (APA) lists the diagnostic criteria for substance use disorders; information from NIDA and SAMHSA along with these diagnostic indicators suggests some telling signs that may represent the abuse of DXM. 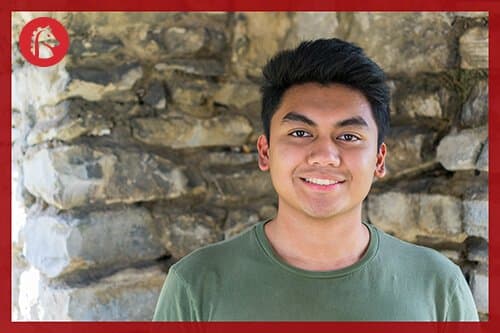 The main demographic factors associated with DXM abuse are being male and being relatively young. Because these individuals will often deny that they are abusing the drug or that they have lost control of their use of the drug, attempts to approach them that use confrontation are often ineffective. Instead, a more professional approach should be considered, such as enrolling the aid of a professional mental health worker with experience in the treatment of addictive behaviors or a professional interventionist.

Formal treatment for abuse of DXM may or may not include an initial physician-assisted withdrawal management program. The use of medications to help an individual cope with psychological issues and cravings in the initial stages of abstinence is done on a case-by-case basis. People who have developed severe substance use disorder issues as a result of polysubstance abuse may be more likely to be enrolled in this type of program than individuals who just abuse DXM; however, again, after an initial assessment is performed, it can be decided whether or not they should be enrolled in a withdrawal management program.

Formal treatment should include targeted interventions for any co-occurring mental health conditions as well as participation in substance use disorder therapy (group therapy, individual therapy, or both), participation in social support groups (e.g., 12-Step groups or other social support groups), medical management of conditions as appropriate in the individual case, and any other interventions or supports that are needed in the specific case. For instance, younger individuals may require tutoring services or vocational rehabilitation services. Family therapy may be an important addition to the treatment program for younger individuals who have issues with their family members or who need special support from family members.

For younger individuals, peer support is crucial. Because peer pressure is an important risk factor in the use and abuse of drugs, younger individuals in recovery often need to rearrange or even change their peer contacts. This can be successfully accomplished by enrolling the person in group therapy where the group members are primarily in the same age range or having the individual attend social support groups that are frequented by younger individuals. For most individuals, psychoeducation regarding drug abuse, mental illness, and relapse prevention is also crucial, and this can be provided in formal therapy and in support groups.

An important consideration for younger individuals recovering from some substance use disorder issue (and for anyone addressing a substance use disorder) is to understand that simply becoming abstinent or completing a withdrawal management program is not sufficient to promote long-term recovery. Most individuals will need to spend significant amounts of time involved in therapy, recovery groups, and social support groups to deal with issues regarding potential relapses of DXM abuse or to avoid engaging in the use of other potential drugs of abuse. While there is no definite boundary identified for the length of time one needs to remain in some form of substance use disorder treatment, it is generally considered that individuals who remain in treatment and remain abstinent for minimum periods of 5-7 years are on the road to long-term recovery.

dissociativesdxmprescription
Prefer getting help via text?
We're available 24/7 via text message. Signup below for access to our team when its convenient for you!
and many more...
✕
Instantly Check Your Insurance Coverage
Your information is safe & secure
At Oxford, we accept most types of private (non-government) insurance and offer a variety of payment options.
You can quickly and privately check your insurance benefits to see if you're covered for addiction treatment services. We’ll be able to tell you if your provider is in network with Oxford Treatment Center and all American Addiction Centers locations.
This means your treatment may be FREE1 depending on your policy, copay, and deductible.
Your Next StepsTake control of your