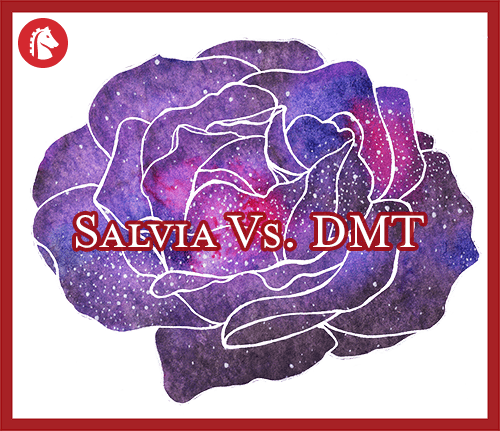 Salvia divinorum (sage of the diviners) is an herb that is a member of the sage family and indigenous to two areas of Mexico. The plant has hallucinogenic properties, and it has been used by Native Americans for religious and medical uses for centuries.

The psychoactive ingredient in salvia is known as salvinorin A, a very powerful psychedelic substance. In fact, salvia is reputed to be the most potent naturally occurring psychedelic or hallucinogenic drug with even more potent effects then drugs like mescaline and psilocybin.

At the time of this writing, salvia is not listed as a controlled substance by the United States Drug Enforcement Administration (DEA). It is legal in some states, not legal to use in others, and restricted in other states. The drug is widely available via the Internet. It is typically smoked, brewed into a tea, or the leaves are chewed.

DMT (N, N-dimethyltryptamine) is also a potent hallucinogenic drug that has been used by indigenous peoples (South America) in their religious services. DMT occurs in many indigenous plants in areas of South America, and the most well-known of these is the Ayahuasca plant. DMT can also be manufactured.

The DEA classifies DMT is a Schedule I controlled substance, designating that it has no medicinal utility, has a high potential to be abused, and is likely to produce physical or psychological dependence. Schedule I controlled substances are illegal to own by private individuals and can only be obtained by qualified institutions with governmental permission. Per the DEA, the drug is still available in the United States despite this classification and may be manufactured locally or imported illegally. DMT is commonly smoked, and the leaves of the Ayahuasca plant can be chewed. DMT can be taken orally in pill form when it is manufactured.

Hallucinogenic Effects of Salvia and DMT

According to sources like the National Institute on Drug Abuse (NIDA), hallucinogenic or psychedelic drugs result in powerful changes in an individual’s perception. These drugs often produce hallucinations (perceiving things that are not really there, such as seeing things, hearing things, smelling things, etc., that are not there), the experience of heightened senses (sounds seem more clear, colors brighter, etc.), significant alterations in one’s sense of the passage of time (time moves extremely slow), dissociation (feeling as if one is detached from one’s body or as if things are not real), and other effects, such as delusions, anxiety, panic, or feelings of extreme wellbeing and contentment.

Hallucinogenic drugs like LSD were once very popular with fringe groups, such as hippies or the Beat Generation. They were believed to have mind-expanding properties.

Side Effects of Salvia and DMT

Based on anecdotal reports, it appears that those who use salvia report a higher rate of dysphoria (negative emotions) associated with use of the drug than those who use DMT. Of course, this is not a scientific comparison, but may suggest that because salvia is of a very high potency, individuals may often use too much of the drug and suffer negative consequences.

The abuse potential of these drugs is considered to be low, even though the American Psychiatric Association (APA) does list a formal hallucinogen use disorder, which would apply to individuals who use these drugs on a regular basis, who experience significant dysfunction or distress as a result of their drug use, who display problems controlling their use of the drug, and who develop significant tolerance to the drug.

These drugs have a very low potential for the development of physical dependence, and APA does not list withdrawal criteria for hallucinogenic drugs like salvia and DMT because the research has not identified a formal withdrawal syndrome for these drugs, and there is little evidence to suggest that there is one. However, individuals who chronically abuse any drug can suffer emotional distress, depression, and cravings if they suddenly stop using the drug. 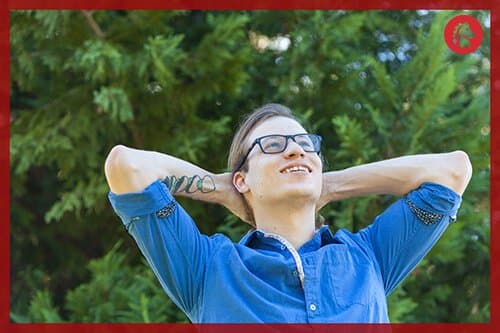 Although individuals who wish to stop using either salvia or DMT would most likely not require formal treatment for withdrawal symptoms, some individuals may require medical management of issues with emotional distress, depression, and cravings. Even though hallucinogens produce psychotic-like effects, there is little evidence that users of these drugs suffer higher rates of mental illness.

One of the major dangers associated with the use of either of these drugs is for an individual to experience an accident, issues with poor judgment, or some other mishap while under the influence of the drug. Because these drugs result in the loss of reality testing and the development of psychotic-like symptoms, individuals under their influence should not operate machinery, be left alone, be allowed to use other potential drugs of abuse, or be placed in situations where they can harm themselves or others. According to the book Hallucinogens: The Dangers of Distorted Reality, there are numerous cases where individuals under the influence of hallucinogens have been injured or committed suicide.

The sources listed in this article, such as APA NIDA, and the Substance Abuse and Mental Health Services Administration (SAMHSA), report that the majority of individuals who use or abuse hallucinogenic drugs are often able to discontinue their use with professional help (therapy, or support, support group participation) and a surprising number of people can just stop using the drug as they mature. However, any individual who is abusing any substance should seek professional help to discontinue its use and to safely become involved in a structured program of recovery.