What Is DMT? Is It Dangerous? 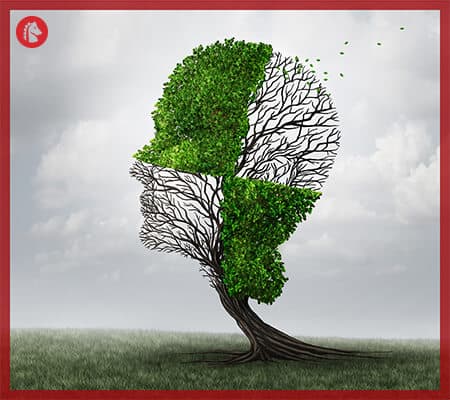 According to the DEA, the drug N, N-dimethyltryptamine, or DMT, is a potent hallucinogenic drug that has been used for centuries by a number of different groups in South America in their religious services. The National Institute on Drug Abuse (NIDA) states that hallucinogenic drugs produce powerful alterations of an individual’s perceptions of environmental stimuli and of their own state of being. The major effects from hallucinogenic drugs differ from the effects of other drugs in that they produce experiences that are often classified as psychosis in individuals who are not under the influence of a drug.

DMT is a naturally occurring substance in a number of plants, the best-known probably being the ayahuasca plant. DMT can also be synthetically produced and was originally produced synthetically by a British chemist, Richard Manske in 1931. According to the DEA, the substance became popular in the 1960s and was classified as a Schedule I controlled substance in the 1970s due to its potential for abuse, potentially dangerous effects, and possible potential for the development of psychological dependence. The drug has no known medicinal uses, and it can only be legally obtained for research purposes with special permissions from the DEA and the Food and Drug Administration (FDA).

The DEA reports that the drug is still encountered as an illicit drug in instances where it is purchased or manufactured illegally and marketed with other hallucinogens. Despite its classification in the United States, DMT is still legally used by certain religious tribes in Central and South America. The drug is smoked, brewed in tea (ayahuasca), used in forms of snuff, or taken orally.

These DMT experiences can include:

Individuals who have similar DMT experiences but are not under the influence of drugs or do not have some neurological problems, such as a head injury or stroke, would often be classified as having some type of psychotic disorder if they frequently have these experiences or beliefs. Interestingly, hallucinogenic drugs are often considered to be “mind expanding” drugs by individuals who use them, but are not without corresponding dangers. 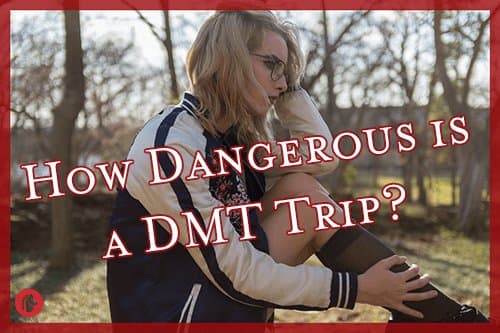 Individuals who use DMT often do so for its psychoactive effects; the effects are similar to those of LSD but significantly shorter-lived. For instance, both NIDA and the DEA report that the effects of LSD can last up to 12 hours or more, whereas the DMT side effects may only persist for several minutes to a few hours, depending on the amount and how the drug is taken. This results in DMT use being preferable to drugs like LSD, psilocybin, mescaline, etc., for individuals who do not wish to be incapacitated for lengthy periods of time but still wish to experience the hallucinogenic or “mind-altering” effects of these drugs. DMT is a classic hallucinogenic drug that primarily produces perceptual alterations and visual or other hallucinations but does not produce significant dissociative experiences, such as feeling that one is leaving one’s body, that things are not real, etc.

Reliable figures on the number of people who abuse of DMT are not readily available. The Substance Abuse and Mental Health Services Administration (SAMHSA) issues yearly reports on the abuse of a number of illicit and illicit substances that occurs in the United States. These reports are based on estimates derived from survey data of a large sample of individuals. The latest information indicates that a little over 1 million adults over the age of 12 reported some type of hallucinogenic drug use in the past year. The trend of hallucinogenic drug use has been relatively steady in recent years. While the figures are not of the magnitude of the abuse of some other drugs, a large number of individuals who use these drugs are younger, and due to some of the danger surrounding DMT use, this is of special concern.

According to the DEA, the American Psychiatric Association (APA), and academic sources, such as the book The Neuropathology of Drug Addictions and Substance Misuse Volume 2, the DMT side effects include:

At the time of this writing, it is not clear if extremely high doses of DMT produces toxic effects. The DEA reports that there are cases of individuals suffering respiratory distress as a result of DMT use; however, fatalities associated with DMT appear to be linked to polysubstance abuse, such as combining DMT with alcohol or narcotic pain medications. Therefore, it is unclear if DMT abuse alone can result in a potential fatality; however, individuals who are under the influence of hallucinogenic drugs run the risk of becoming involved in accidents or making judgment errors that can be seriously dangerous and/or fatal.

APA reports that tolerance to hallucinogenic drugs like DMT does develop, but there is no formal withdrawal syndrome that can be associated with abuse of DMT or other hallucinogenic drugs. Therefore, it is doubtful that physical dependence on DMT occurs, although individuals who chronically abuse the drug may develop emotional issues when they abruptly discontinue use.

The Neuropathology of Drug Addictions and Substance Misuse Volume 3 reports that individuals who abuse drugs like alcohol or narcotic medications in conjunction with hallucinogenic drugs will develop physical dependence on the other drugs in the same way that individuals who use them as singular drugs of abuse develop physical dependence. The complications associated with polydrug abuse can be multifaceted and difficult to treat.

Don’t let the devastating side effects of addiction go on for another day. If you or someone you love is struggling with addiction and are ready to start the treatment process, call us today at . Oxford Treatment Center, American Addiction Centers’ Mississippi drug rehab center, is ready to help you get the treatment you need today.