Hexen (Drug): Is There a Risk of Addiction or Abuse? 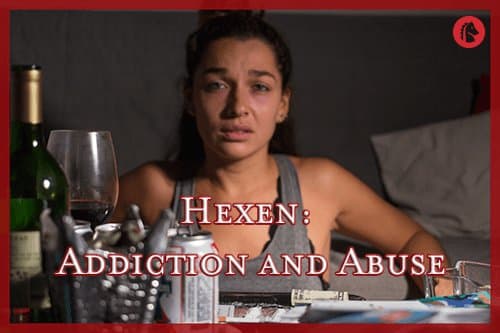 Hexen, or HexEn (N-Ethylhexedrone), is a synthetic drug that is classified as a synthetic cathinone. Its psychoactive effects are often compared to those of cocaine, including crack cocaine or substances such as MVP that occur in various designer drugs. Hexen may be a substance that is referred to by various media sources as bath salts as well. The drug appears to have been available since 2015 through various sources as a research chemical.

Cathinones are stimulants that produce:

These drugs are believed to affect the reuptake of the neurotransmitters norepinephrine and dopamine, although in the case of Hexen, this has yet to be scientifically studied. There is very little empirical evidence on Hexen.

Although many synthetic cathinones are listed as Schedule I controlled substances, the actual legal status of Hexen is uncertain. It is not listed as controlled substance by the United States Drug Enforcement Administration (DEA) at the time of this writing. However, it could be banned under the Federal Drug Analog Act. The drug is typically purchased online as a designer drug or research drug, and it is available as a white powder or in the form of crystals.

As mentioned above, little empirically validated information is available about Hexen. Most of the information regarding its recreational use comes from anecdotal evidence from individuals who have used the drug. These anecdotal reports indicate that the drug does produce euphoria and stimulation.

The drug is notorious on online sources as a drug that results in a significant desire to continue reusing it, leading to potential bingeing on the drug. Continuing to use the drug after it no longer produces euphoria often results in anxiety, psychosis (particularly paranoid delusions and hallucinations), jitteriness, hyperactivity, nervousness, appetite loss, and insomnia.

It appears that the drug has similarities to amphetamines and cocaine regarding its diminishing euphoric effects and the tendency toward reuse of the drug to produce more negative effects than positive effects. Abuse of substances with stimulant qualities at high doses (e.g., as a result of continued bingeing of Hexen) is known to be associated with the development of psychosis.

For some individuals, the psychosis occurring as a result of stimulant abuse may not fully resolve even with treatment. Estimates range from 5 percent to 15 percent of users who develop psychosis may not see this issue fully resolve after long-term abstinence. These individuals may need long-term treatment with antipsychotic medications that can lead to further complications.

In addition, stimulants are commonly abused with central nervous system depressants, such as alcohol. This combination can lead to serious issues with potential overdoses, an increased potential for seizures, which can be fatal, and long-term polysubstance abuse issues that can lead to significant health problems and problems with social functioning.

The drug is notorious on online sources as a drug that results in a significant desire to continue reusing it, leading to potential bingeing on the drug.

There is little research regarding the specific abuse potential of Hexen, although given that it is classified as a synthetic cathinone and that the anecdotal evidence indicates it is associated with compulsive bingeing, potential psychosis similar to amphetamine or cocaine psychosis, a short duration of effects, and initial euphoric effects that may lead to attempts to reuse the substance very quickly, it can be surmised that the drug does have a potential for abuse. Many of the drugs related to Hexen produce a form of physical dependence when chronically abused, although the symptoms of withdrawal associated with these drugs are most often emotional or psychological in nature as opposed to physical symptoms like nausea, vomiting, etc.
A person diagnosed with a substance use disorder as a result of abusing Hexen would most likely qualify for a diagnosis of a stimulant use disorder based on the diagnostic criteria for substance use disorders put forth by the American Psychiatric Association (APA).
This diagnosis would be associated with:

According to the diagnostic criteria for withdrawal from stimulants from APA, the person could be diagnosed with physical dependence on Hexen if they demonstrate two or more of the following symptoms after discontinuing its use:

Other symptoms often occur but are not diagnostic. Some of these include:

Don’t let the devastating side effects of addiction go on for another day. If you or someone you love is struggling with addiction and are ready to start the treatment process, call us today at . Oxford Treatment Center, American Addiction Centers’ inpatient Mississippi drug rehab center, is ready to help you get the treatment you need today.

Hexen is a stimulant compound similar to the cathinones that appears to have a moderate level of popularity, according to information gather from the Internet. There is very little empirical research evidence regarding the effects, both short-term and long-term, of use of Hexen; however, it appears that the drug has similarities to comparable drugs of abuse, such as cocaine, and should be considered to have a serious potential for abuse. Given the anecdotal information available about the drug online, it should be treated as a drug of serious concern and its use should be avoided.

synthetic
Prefer getting help via text?
We're available 24/7 via text message. Signup below for access to our team when its convenient for you!
and many more...
✕
Instantly Check Your Insurance Coverage
Your information is safe & secure
At Oxford, we accept most types of private (non-government) insurance and offer a variety of payment options.
You can quickly and privately check your insurance benefits to see if you're covered for addiction treatment services. We’ll be able to tell you if your provider is in network with Oxford Treatment Center and all American Addiction Centers locations.
This means your treatment may be FREE1 depending on your policy, copay, and deductible.
Your Next StepsFind help & resources