25i: The Deadly Synthetic LSD

The synthetic designer drug 25i – one of the nicknames for 25i-NBOMe and related substances – was developed as recently as 2003 at the Free University of Berlin as a method of mapping areas of the brain. Since its invention, however, 25i and other intoxicants derived from its base chemical have been recreated in clandestine laboratories and sold illicitly to the public for nonmedical abuse.

Unlike many other hallucinogens, this new designer drug can quickly lead to an overdose. It is often sold in place of LSD, so people who consume 25i often don’t know what they’re taking and are much more likely to take too much. As a new synthetic chemical, 25i is poorly understood anyway, so there is no way to take this drug without risk of overdose.

In fact, 25i has proven deadly for so many people that the Drug Enforcement Administration (DEA) classified the substance a Schedule I drug. This is the most restricted class of drugs, according to the Controlled Substances Act (CSA), including a list of intoxicants the federal government has deemed dangerous and addictive, with no medical use.

What Is This New Designer Hallucinogen?

Also called N-bomb and smiles, 25i is one of the derivatives of N-methoxybenzyl-methoxyphenylethylamine (NBOMe). This is a class of intoxicating and often deadly substances that made their way into the US’s illicit drug market in 2010. The drug 25i itself was first noticed by officials in 2011 around Virginia.

Like related NBOMe chemicals, 25i acts on the 5-HT2A receptors, serotonin-receiving neurons found in large clusters in the frontal cortex and scattered throughout the brain. The 2A receptors are involved in working memory and cognitive processes; they process serotonin differently when one struggles with an affective disorder like schizophrenia.
When these receptors are overwhelmed by a drug like 25i, the rush can cause serotonin syndrome. This condition can occur with other substances, especially large doses of antidepressant medications, by causing too much serotonin to be released into the brain while receptors are unable to absorb the neurotransmitter. Unlike antidepressant-caused serotonin syndrome, the heart palpitations, severe agitation, aggression, and seizures caused by 25i have been documented to last for up to three days.

Because NBOMes, including 25i, are sold to mimic LSD, one of the most well-understood, though illicit, synthetic hallucinogens available, these new designer drugs are often found on blotter paper. They can be consumed orally, sublingually, buccally (through the lining of the cheeks), and sometimes via snorting or smoking. There have been a small number of documented instances of intravenous injection, too. Although 25i is allegedly ineffective when consumed through the digestive system, this does not appear to be the case, as at least one documented overdose death involved oral consumption. The equivalent of a few grains of salt in 25i is enough to cause intense hallucinations and intoxication.

There have been at least 19 known overdose deaths involving 25i in the United States, predominantly among young adults.

The Dangerous Effects of 25i

The effects of 25i can last for 6-10 hours when taken under the tongue or dissolved against the cheek. When snorted, the substance’s effects last for 4-6 hours. Again, though, 25i is a new synthetic drug with unpredictable effects, and some doses have reportedly lasted as long as 12 hours.
Signs of 25i intoxication include:

Rhabdomyolysis occurs when muscle tissues break down, flooding the bloodstream with the contents of the muscle fibers, which can be toxic. In response, the kidneys become overwhelmed as they attempt to filter toxins out of the blood, and they begin to fail. Dehydration, seizures, and high fevers – aspects of being intoxicated on 25i – can all cause this life-threatening condition.

Symptoms of rhabdomyolysis include:

Mississippi Struggles with 25i 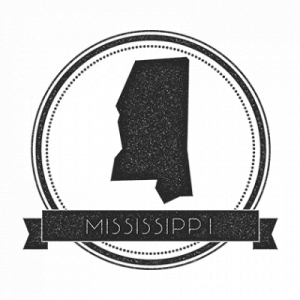 The first reports of 25i being abused recreationally and leading to overdose deaths came from Virginia, but the dangerous synthetic intoxicant quickly spread across several other states, including Mississippi. Initially, the Lafayette County Metro Narcotics Unit (LCMNU) reported that two people were hospitalized due to ingesting the drug, and an investigation began into where the two acquired 25i.

In 2014, four students at Mississippi State University were arrested for selling the dangerous chemical as LSD to fellow students. One of the arrested students reportedly had 700 hits of the synthetic hallucinogen on him at the time.

Several colleges around the state reported students suffering harm from abusing 25i, including by lacing joints with the drug and smoking two drugs at once. While the students recovered, not everyone in the US has been so lucky.

You don’t have to do it alone; help is just a call away. Call us at and we can help you find the right rehab program for you or your loved one. Whether you choose to attend our Mississippi drug treatment program at Oxford Treatment Center or at one of American Addiction Centers’ other rehab facilities across the United States, we will be there with you at every step of the way.

synthetic
Prefer getting help via text?
We're available 24/7 via text message. Signup below for access to our team when its convenient for you!
and many more...
✕
Instantly Check Your Insurance Coverage
Your information is safe & secure
At Oxford, we accept most types of private (non-government) insurance and offer a variety of payment options.
You can quickly and privately check your insurance benefits to see if you're covered for addiction treatment services. We’ll be able to tell you if your provider is in network with Oxford Treatment Center and all American Addiction Centers locations.
This means your treatment may be FREE1 depending on your policy, copay, and deductible.
Your Next StepsFind help & resources