The Partnership for Drug-Free Kids reports over 11,000 people were treated for events stemming from Spice misuse in emergency rooms during 2010. In 2012, a law went into effect making Spice illegal, but before that, it could be purchased easily at convenience stores and head shops.

This article will cover what Spice is, how to know when someone is misusing it, and what treatment options are available.

Also known as K2, Spice is another name for synthetic marijuana. This substance is manmade, and it creates a high similar to that of cannabis. Despite the name, synthetic marijuana does not have any of the organic properties of naturally occurring marijuana. Spice is nothing more than a chemically treated plant product. The plant has nothing to do with the marijuana family.

Sometimes, Spice is a combination of dried herbs, and other times it may be crushed leaves of a common household plant or garden bush. The leaves are sprayed with chemicals known as cannabimimetics that produce a high effect similar to that of tetrahydrocannabinol, also known as THC.

Who Is Abusing it?

There aren’t many discriminatory factors when it comes to who misuses Spice. Age, however, is the biggest determinant. Statistics show that young people are more likely to experiment with or misuse this drug. It is the third most commonly misused drug among America’s high schoolers, per the Partnership for Drug-Free Kids.

Males appear to be more likely to misuse this drug than females. The National Institute on Drug Abuse notes the results of a 2012 survey in which 14% of high school males used Spice, compared to 8% of their female peers. Misuse extends to those even younger than high school, as 2015 survey results from the National Institute on Drug Abuse report 3.1% of eighth-graders used Spice.

People with mental illness may also be more likely to misuse Spice since they have a greater likelihood of drug misuse altogether. These conditions – mental health issues and substance misuse – often influence the development and perpetuation of each other, per the National Institute on Drug Abuse.

Some people may misuse Spice because they think it won’t show up on a drug test like natural marijuana will, but technology has caught up with Spice in recent years. It is now detectable on drug panels.

For a lot of people, the misuse of Spice might start in a party environment, through peer pressure, or as an alternative when they can’t find any marijuana for sale. People who misuse Spice could be more likely to reach for it again and again because they believe the myth that marijuana isn’t addictive also applies to its synthetic counterpart.

In reality, marijuana is addictive and so is Spice. In 2013, 17% of all people admitted to treatment for drug addiction cited marijuana as their primary substance of misuse, per the Substance Abuse and Mental Health Services Administration.

Spice produces a more intense high much more quickly than traditional marijuana does. For this reason, side effects are common, such as:

How to Spot Spice Misuse 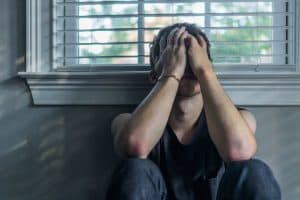 People who misuse Spice may suffer from increased anxiety. The high it produces is sedating, so loved ones may suspect something is off with a family member or friend who can’t seem to stay awake through dinner or who is falling asleep on the job.

Some people may stop communicating well with others, and this can actually be because they’ve lost the ability to speak. This very real side effect of Spice is almost always reversible once the drug wears off.

Paranoia is also very common while misusing Spice. While natural marijuana typically doesn’t induce hallucinations and a psychotic state, Spice does quite often.

The risk of incurring these side effects seems to be more likely the more the drug is misused. Death is even a potential risk with Spice misuse. Newsweek reports the number of people dying from Spice misuse tripled between 2014 and 2015.

Treating an addiction to Spice involves many moving parts. First, detox will need to take place. This step carries a patient through withdrawal to the point of being sober enough to accept other forms of treatment that will help them abstain from using Spice again.

Withdrawal may be uncomfortable at times, but the our medical detox program in Mississippi allows patients to receive medication and other forms of therapy, such as massage and acupuncture, to mitigate some of that discomfort.

The entire detox process should take no longer than a week. Withdrawal symptoms may include:

These symptoms typically peak within 24-48 hours of the last time a person used the drug and should begin to become milder after 72 hours. Mental and emotional symptoms may persist for as long as three weeks in people who misused Spice heavily.

Following medical detox, patients are encouraged to continue enrollment in rehab for an extended period of time. Various levels of addiction treatment are available at Oxford Treatment Center.

Talk therapy, either solo with a therapist or in a group setting with peers who are also going through rehab, can be extremely beneficial to each person in treatment. Attending support groups such as Narcotics Anonymous can also help individuals to stay on track during treatment and ongoing recovery.

Don’t let the devastating toll of addiction go on for another day. If you or someone you love is struggling with Spice addiction and are ready to start the treatment process, call us today at . Oxford Treatment Center, American Addiction Centers’ Mississippi drug rehabilitation center, is dedicated to helping you get the treatment you need.