The initial effects of meth involve a rush of euphoria, followed by agitation, anxiety, and fear.

Other mental and physical effects include:

Crystal meth, a common form of the stimulant methamphetamine, can cause a severe withdrawal syndrome among people who are physically dependent on the drug.

Meth is abused by snorting the powder, dissolving the powder in liquid and injecting the solution, or smoking the crystal form of the drug in a small glass pipe. According to NIDA, approximately 1.2 million people in the United States used meth in the year 2012. The average age of those who first try meth is 19.7 years old.

Meth use causes levels of dopamine to rise within the brain. Dopamine is responsible for signaling reward-based activity; this neurotransmitter signals the brain that something good or pleasurable is happening. The high levels of dopamine cause the euphoria and “high” associated with drug use. When meth use is ceased, dopamine levels go down. This drop in dopamine can cause many unpleasant symptoms, and it is responsible for the withdrawal syndrome associated with crystal meth.

Physical symptoms tend to be milder for meth withdrawal than for some other drugs. 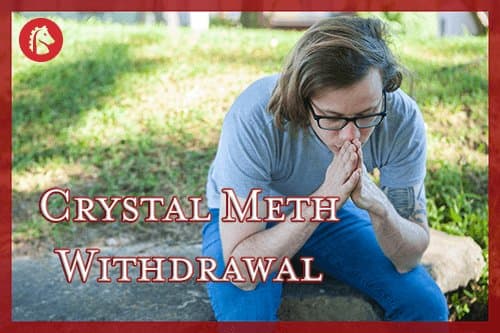 The most severe symptoms of withdrawal begin within 24 hours of last use of the drug. Most symptoms taper off within the first week, though some symptoms may last up to two weeks. In cases of severe addiction, the effects of meth abuse may last for months or even years. Psychological symptoms like depression and anxiety are more likely to persist on a long-term basis.

Many people in meth withdrawal experience anhedonia, or the inability to experience pleasure. According to Psychology Today, it can take as long as two years for normal dopamine levels and functioning to return to an individual recovering from meth abuse.

A study published by the journal Addiction found that a majority of people in the process of meth withdrawal experienced depressive symptoms, as well as symptoms of psychosis. Most psychotic symptoms, as well as stronger cravings, tend to resolve within a week of the last drug use. Some cravings may last for several weeks longer.

The most common signs and symptoms of meth withdrawal include:

In a study in the journal Addiction, researchers tracked withdrawal symptoms in 56 people who were addicted to methamphetamine. Researchers followed these people for several weeks, and they developed an understanding of how withdrawal works and how long it typically lasts. A timeline built on the research looks like this.

At the outset of withdrawal, which could be just minutes after the last dose in people with severe addictions, people may experience:

These troubling sensations tend to fade away after a week, but other symptoms remain.
The Next Month

Depression is common, and it is strongest at the outset of withdrawal, but it can last for up to five weeks. Similarly, people may experience deep cravings for meth, and these can also last for up to a month.

Each person is different, so the symptoms people experience may be different, but this general timeline explains what is common in people trying to work through a methamphetamine habit.

There are currently no medications approved by the FDA for the treatment of methamphetamine withdrawal. 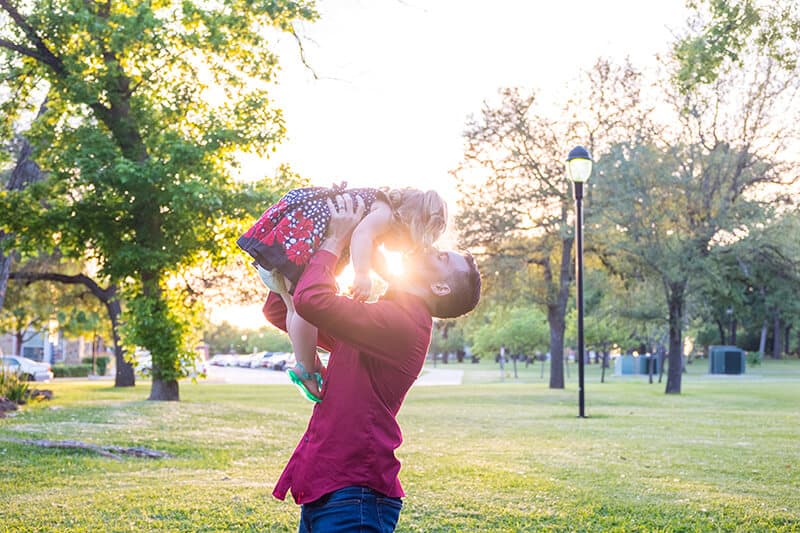 According to one recent study, some medications have shown a limited amount of success in relieving symptoms and shortening recovery time, but the most reliable and widely used treatment methods for methamphetamine withdrawal continue to be medical supervision and behavioral interventions.

Meth is highly addictive and can quickly lead to tolerance and physical dependence. Withdrawal from meth often takes place in a medical detox program; undergoing withdrawal with medical and behavioral supervision helps to prevent relapse, and can assist in the transition into addiction rehabilitation. Various behavioral therapies are used during the meth detox and addiction rehabilitation process, including Cognitive Behavioral Therapy, Contingency Management, Motivational Interviewing, and others. Behavioral interventions assist during the withdrawal process by providing emotional and social support throughout the process, as well as helping to manage the cognitive and emotional effects of the associated withdrawal syndrome.

Withdrawal from opioid drugs, including heroin and prescription painkillers, tends to cause some of the most severe symptoms, according to an article in Psychology Today. The severe, flulike symptoms people experience when they are in the first stages of opioid recovery can be excruciating.

Meth withdrawal may not come with these same symptoms, but the feelings of depression people feel are very real and hard to handle. Meth changes brain chemistry and makes brain cells unable to respond to signals of pleasure. It is more than feeling a little blue. Withdrawal depression can feel like a black hole of sadness that might never end.

While opioid withdrawal symptoms may only last for a week or so, meth withdrawal symptoms can persist for a month or longer.
Can meth withdrawal kill you?
According to an article in American Family Physician, 87% of long-term users experience withdrawal when they attempt to quit. Depression is the most common symptom, and it has been associated with suicidal thoughts. People who make a suicide attempt can die.

Meth has also been associated with seizures, although this is a little rare. An untreated seizure can also lead to death.

It’s important to note that supportive care can help with both seizures and suicidal thoughts. Medical professionals can use medications, therapy, or both to help people feel better as they recover. That’s why it is so important to get help from a trained professional. This is too dangerous to do alone.
What can ease the symptoms of meth withdrawal?
As the National Institute on Drug Abuse points out, there are no medications approved to help with meth drug abuse. That means there is no single drug that could help to ease these crushing symptoms.

Therapy can also help people to understand and work through their cravings for meth, so they are not tempted to relapse before the withdrawal process is complete.

Get the Info & Help You NeedWe're open across the US. Learn about your options.