How Long Does Meth Stay in Your Urine? (& More)

How Long Does Meth Stay in Your Urine? 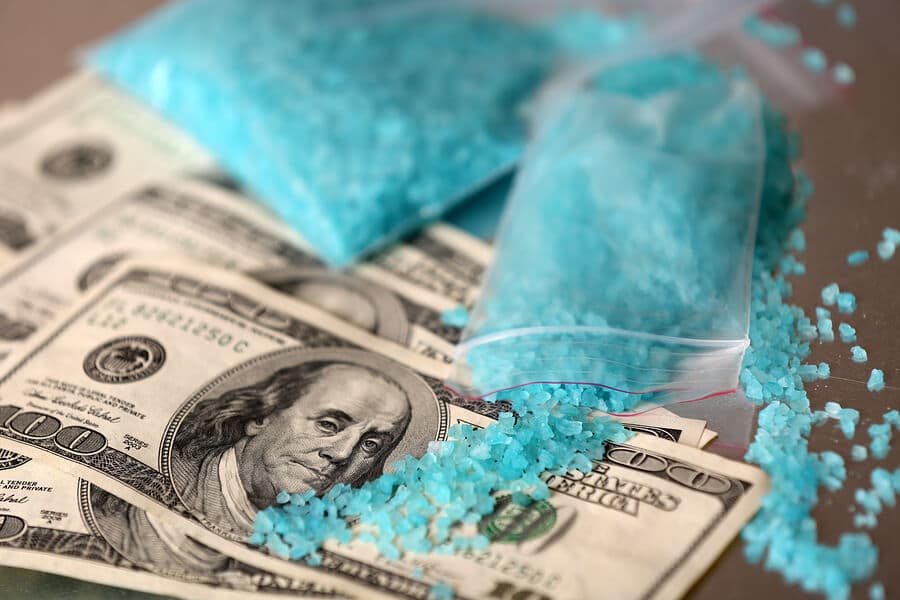 Meth will first appear in urine 2-5 hours after using it. According to the National Highway Traffic Safety Administration, the body excretes up to 54 percent of the methamphetamine unchanged when it is taken orally, and it can show up in a urine test up to four days later. With heavy use, a urinalysis test may appear positive as much as one week after the last dose.

A variety of factors affect how long an individual might test positive for meth. These include frequency of use, size of dose, metabolic rate, age, overall health, body mass, extent of physical activity, drug tolerance, and urine pH. According to The New York Times, there has been an increase in the demand for urine testing in recent years, but that is not the only way to test for meth.

The National Center for Biotechnology Information reports that meth will show up in a blood test within two hours after taking the drug, and such a test will typically provide positive results up to three days later. A saliva test can identify meth within 10 minutes after use, and it will produce positive results up to four days later. Meth can be detected in hair up to 90 days after use in most cases or, in some instances, even longer.

The Alcohol, Drug, Addiction & Mental Health Services reports that these meth side effects can last for anywhere from eight to 24 hours, and the body typically eliminates 50 percent of the drug from its system within 12 hours.

Side Effects of Meth Use

There are three main types of methamphetamine, and each affects the central nervous system in its own way. Levomethamphetamine, or l-methamphetamine, increases heart rate and blood pressure, but it does not affect attentiveness to a noticeable degree. L-methamphetamine is the active ingredient in some over-the-counter nasal decongestants.

According to the Foundation for a Drug-Free World, short-term side effects of meth use include:

Long-term side effects of meth abuse include:

Family and friends who suspect loved ones are using meth should step in and offer their support and encouragement as soon as possible. Ultimately, it is this unwavering love and support that will guide those suffering from addiction on the path to recovery.

Have you lost control of your meth use? Answer a few brief questions to find out if you need help. Complete our free and confidential addiction questionnaire today.

The Relationship between Amphetamine and Methamphetamine

According to the Drug Policy Alliance, methamphetamine was discovered in 1919, roughly 30 years after amphetamine was first synthesized. Doctors originally used these drugs to treat a variety of conditions, including depression, obesity, alcoholism, and narcolepsy. During World War II, combat soldiers also used amphetamine to remain alert.

Following the war, both drugs were widely available to the general public. Because of their addictive potential and potential negative side effects, however, Congress classified amphetamine and methamphetamine as Schedule II drugs in 1971. Although it is still possible to obtain a prescription for methamphetamine for certain conditions, crystal meth is an illicit substance, and there are serious penalties for manufacturing, possessing, or distributing it.

Testing positive for meth can have devastating consequences. According to the United States Drug Enforcement Administration, law enforcement personnel seized nearly 6,500 pounds of methamphetamine in 2014. Possible penalties for the possession of meth include hefty fines and jail time; however, the most serious risks of using meth are the health risks involved.