Methamphetamine-Induced Psychosis: Why it Happens and What to Do

Meth psychosis is a frequent complication associated with methamphetamine use.1 The following information is designed to educate readers about the prevalence of meth-induced psychosis, which can affect up to an estimated 40% of people who use the drug.1 It will also help illuminate the warning signs and various symptoms of meth-induced psychosis, as well as how to treat this often terrifying phenomenon.

What Is Meth Psychosis?

Psychosis is a condition that occurs when someone loses touch with reality.2 When experiencing a period of psychosis, a person may have a difficult time determining what is real and what is not real. It is often characterized by the presence of visual and auditory hallucinations (seeing or hearing things that aren’t there), as well as delusions (false beliefs).2

Periods of psychosis are influenced by several factors and may be the result of a pre-existing mental health condition, solely the result of methamphetamine use, or somewhere in between.1 However, with careful clinical assessment, its origin can be more accurately determined, and a treatment plan can then be formulated.1

The development of methamphetamine psychosis may be sudden or a gradual process, and there are generally 3 categories in its evolution:3

The prevalence of methamphetamine-related psychosis can be difficult to pinpoint, due to a broad range of reporting. Some studies suggest that an overall rate of about 36.5% of people who use meth will experience psychosis.3

Interestingly, although injecting meth is generally associated with more severe psychiatric symptoms, research indicates those who smoke meth may be at a heightened risk of experiencing psychosis compared to someone who injects it.3

Methamphetamine use can cause a wide range of side effects, including psychosis. For chronic meth users, some of these side effects can last for weeks, months, or even years after a person stops using because of significant changes in the brain associated with methamphetamine use.4

Pre-existing psychiatric conditions, as well as sleep deprivation, which is commonly associated with meth binges, can exacerbate symptoms of psychosis.1

Symptoms of meth-induced psychosis include:4

In the beginning, stimulants, like methamphetamine, typically cause a sense of euphoria (extreme pleasure) and increased levels of energy and alertness.3 Other acute effects include excitability, hallucinations, and repetitive, compulsive acts.3

A person can quickly develop a tolerance to meth, which may prompt an increase in the amount of meth consumed to try and reach the desired high.3 As a person increases the amount of meth and frequency with which they use it, enthusiasm about the rewarding effects of meth can quickly devolve into irritability, paranoia, and other psychiatric symptoms including psychosis.3

Research indicates that most people who use stimulants, like meth, also have other mental health disorders. People who use meth are more likely to have pre-existing lifetime depressive, anxiety, or psychotic disorders, rather than having these disorders induced by their meth use. 3

It can be challenging to differentiate between the psychiatric symptoms brought on by a mental illness and those brought on by meth use.3 For instance, there are many parallels between meth-induced psychosis and schizophrenia.3

Where a co-occurring mental health disorder is present alongside a stimulant use disorder, it is best for both disorders to be treated simultaneously by a doctor or mental health provider, since certain psychiatric symptoms may not improve when the substance use stops.3

How Long Does Meth Psychosis Last?

Symptoms of meth-induced psychosis usually end shortly after a person quits using methamphetamine. Hallucinations typically go away within 1–2 days and other altered perceptions of reality like delusions and paranoia usually stop within 2–3 weeks.3, 5

Those with persistent psychosis brought on by meth use may experience symptoms for 6 months or longer.

Resuming meth use, using other substances (including alcohol, especially when used heavily), and experiencing stress or sleep deprivation can trigger a return of psychosis even after prolonged abstinence or symptoms of psychosis have been resolved.

How to Treat Meth-Induced Hallucinations

Someone who is currently intoxicated on meth and experiencing a period of psychosis may require acute psychiatric care to keep themselves and others safe. Clinical staff will attempt to calm the person and increase their sense of safety and well-being. Medications like benzodiazepines and antipsychotics may be necessary.3

Medical detox will likely be recommended for someone who has experienced meth-induced psychosis. This will include stabilizing any acute psychiatric conditions and monitoring the physiological symptoms of meth withdrawal, including psychosis and depression.6 Detox under professional medical supervision can help assess the presence of other mental health conditions as well.6 For some, antipsychotic medications might be necessary to treat chronic psychosis.1

Following detox, inpatient or outpatient drug rehab interventions like cognitive behavioral therapy (CBT) and contingency management can be extremely effective in treating a person with a stimulant use disorder (SUD). CBT aims to help a person become aware of negative thought patterns, learn to change behaviors, and develop and implement healthy coping skills and relapse prevention strategies into their lives.1, 7

Treatment centers across the U.S. can help people overcome addiction to meth or other substances. Inpatient and outpatient programs, as well as other levels of rehab care, are available at facilities like Oxford Treatment Center in Mississippi. Many quality centers, including Oxford, will work with insurance providers to maximize insurance coverage for your addiction treatment.

To take the first step and learn more about your specific insurance benefits, please fill out the form below.

We are here to help you every step of the way. It is possible to recover from methamphetamine addiction. Call us at to begin the journey to recovery today. 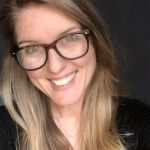 methside effectssubstance abuse symptomstreatment
Prefer getting help via text?
We're available 24/7 via text message. Signup below for access to our team when its convenient for you!
and many more...
Your Next StepsFind help & resources or learn more about Oxford.