How Is Meth Made? Ingredients and Cutting Processes

Methamphetamine (N-methyl-1-phenylpropan-2-amine) is a very potent central nervous system stimulant substance originally developed in the 1800s. The medicinal uses of the drug were related to its very strong stimulant effects, but with the advent of the Controlled Substances Act passed in 1970, its medicinal use has been significantly reduced and the drug is now better recognized as a significant drug of abuse.

The United States Drug Enforcement Administration (DEA) still recognizes that methamphetamine has medicinal value, although it is an extremely dangerous drug. It is classified as a Schedule II controlled substance, indicating that methamphetamine has some medical utility, but also significant potential for abuse and is very likely to produce physical dependence in people who use it over time. Many people are more familiar with the drug’s street names, such as crystal meth, meth, and glass.

Have you lost control of your meth use? Answer a few brief questions to find out if you need help. Complete our free and confidential addiction questionnaire today.

What Is in Meth?

Although methamphetamine is a legitimate medicinal product and manufactured professionally, the form of the drug sold illegally is commonly manufactured by transnational criminal organizations (TCOs) and private individuals in clandestine meth labs.

Laws have been passed to regulate the purchase of some ingredients, particularly common medicines crucial to the drug’s production. Meth’s primary ingredients, ephedrine and pseudoephedrine, come from over-the-counter cold medications and weight loss products.

The drug is most often used by:

How Is Meth Made?

Illicitly manufactured meth is usually made by combining ephedrine or pseudoephedrine with other chemicals that are often poisonous or highly flammable. The mixture is then added to a solvent such as gasoline and heated to crystallize. Because illicit methamphetamine production is not regulated or supervised, and there is no quality control process, any number of cutting agents could conceivably be added to the process to dilute the drug.

The heating process is particularly dangerous, as there is significant risk of fire and explosion. The waste materials left behind are also highly unstable and combustible. According to the U.S. Forest Service, 1 pound of meth produces up to 6 pounds of toxic waste.

There are many detrimental health effects associated with operating a meth lab. Inhaling fumes during methamphetamine production can cause significant lung damage and other respiratory issues, while handling the various corrosive or poisonous chemicals can damage the skin and eyes. 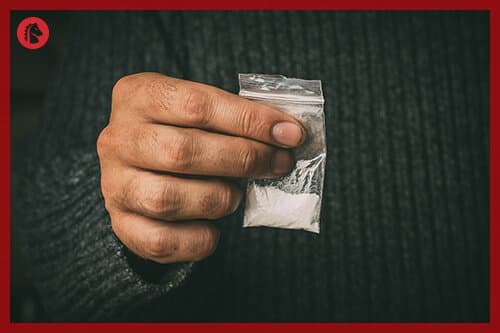 The standard process for producing methamphetamine requires space. Meth labs produce quite a bit of waste products and involve the use of numerous appliances, such as pots and pans for heating, stoves or burners, hoses for ventilation, curtains or other blockages, so individuals from the outside cannot see what is going on inside. This process can be quite expensive and difficult to maintain.

In addition, these sophisticated laboratories can often be spotted quite easily by legal authorities who are on the lookout for them and present a serious danger for the individuals who work in them, due to the highly unstable process of making methamphetamine and the combustible materials used in the process.

Some users and manufacturers use a “shake and bake” method to make meth, where ingredients are combined in a plastic or glass container and then shaken and heated. The meth is then extracted. This “instant meth” approach can also be dangerous, as the substance in the containers is very volatile and can explode, particularly when being removed.

Illicitly manufactured methamphetamine may contain numerous cutting agents and chemicals that were improperly separated during production. These often include:

Problems with skin abscesses, “meth mouth” (rotting and deteriorating teeth), weight loss, and internal organ damage are all the result of methamphetamine being taken in high doses and the impurities associated with the process of producing meth.

Physical deterioration can be very rapid in chronic users. The damage associated with chronic abuse of methamphetamine may not be fully reversible. Individuals may suffer significant organ damage and even brain damage as a result of chronic methamphetamine abuse.

If you or a loved one is seeking help with meth addiction, give us a call at . We are available 24/7 to support your journey. For more information about addiction treatment at Oxford Treatment Center, take a look at the services, therapies, and amenities we offer.

meth
Ready to get started?
We're available 24/7 to answer questions and help you make decisions about starting recovery from drug use.
Are you covered for addiction treatment? Find your insurance.
and many more...
✕
Instantly Check Your Insurance Coverage
Your information is safe & secure
At Oxford, we accept most types of private (non-government) insurance and offer a variety of payment options.
You can quickly and privately check your insurance benefits to see if you're covered for addiction treatment services. We’ll be able to tell you if your provider is in network with Oxford Treatment Center and all American Addiction Centers locations.
This means your treatment may be FREE1 depending on your policy, copay, and deductible.
Your Next StepsFind help & resources