Phenibut and the Potential for Withdrawal and Addiction

Phenibut (?-Phenyl-?-aminobutyric acid; brand names include Citrocard, Fenibut, Noofen, and Phenybut) is a central nervous system depressant substance that is structurally related to the inhibitory neurotransmitter gamma-aminobutyric acid (GABA). Phenibut also has structural similarities to the drugs baclofen and pregabalin.

It was developed in the Soviet Union during the 1960s and has been used in Russia and Eastern European countries as a cognitive enhancer at very low doses and at moderate to higher doses to initiate sleep and relieve anxiety. The drug is not defined as a medication in other countries outside of Russia and Eastern European countries, but it is often sold on the Internet as a health aide or supplement to reduce anxiety, initiate sleep, and even as a cognitive enhancer. Phenibut is not currently regulated by the United States Drug Enforcement Administration. 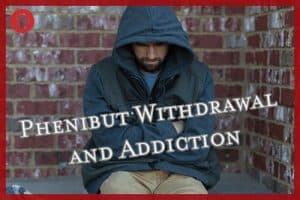 Using phenibut at high doses is most often associated with recreational users. There appear to be no reliable figures on the number of individuals who use and abuse phenibut in the United States. It is easily available over the Internet.

Disadvantages appear to be its potential to result in extreme lethargy following use of the drug at even moderate doses, its potential for abuse, and its potential for the development of physical dependence. Tolerance to phenibut appears to develop rapidly based on the few case studies in the literature and on anecdotal reports online. Most of the information about the withdrawal symptoms associated with discontinuing phenibut comes from anecdotal reports on the Internet.

Its beneficial effects appear to be:

Based on information from anecdotal reports and this case study, it can be hypothesized that the withdrawal process associated with discontinuing phenibut may have the following general timeline:


According to the best available information, potential symptoms that can occur during the withdrawal process include: 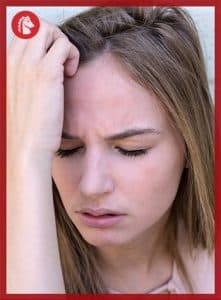 Baclofen was administered with a tapering dose of phenibut over the first nine weeks, and baclofen was then administered alone on a tapering schedule for an additional 12 weeks. This strategy was successful but complicated. Relatively high amounts of baclofen were required; the dosage suggested in the article is 10 mg of baclofen for every gram of phenibut that was normally used by the person. In addition, it should be noted that this individual had abused multiple drugs, including alcohol, benzodiazepines, and kratom, a stimulant drug of abuse, along with phenibut at the time of his treatment. He also had a complicated psychiatric history that appears to include significant issues with depression and anxiety.

A case study reported in 2012 in the Journal of Substance Abuse documented the case of an individual who was undergoing a withdrawal syndrome from phenibut and developed psychotic symptoms (hallucinations and delusions). The case study reported that it appeared that in this instance at least, withdrawal from phenibut was similar to the withdrawal syndrome that is associated with benzodiazepines and alcohol. Benzodiazepines were administered on a tapering schedule to assist this individual.

Because most of the information regarding withdrawal from phenibut is based on a very small number of case studies and anecdotal evidence from individuals who are self- reporting on the Internet, it is unclear at this time whether the withdrawal syndrome associated with phenibut might result in potentially fatal seizures. For this reason, anyone using phenibut should consult with a physician before they decide to lower the dose of the substance they are taking or wish to stop using the substance altogether. In addition, individuals seeking to reduce anxiety, initiate sleep, etc., would be advised not to use phenibut as a substance to assist them. Instead, consulting with a licensed mental health clinician, such as a psychiatrist or other physician, is more appropriate.

There are few regulations applied to products that are not subject to scrutiny by the Food and Drug Administration (FDA), such as vitamin supplements, herbal remedies, etc. In addition, there are no controls over the amounts of the supplements that individuals can purchase.

Signs of abuse include:

Even though the development of tolerance and withdrawal symptoms are associated with the diagnosis of a substance use disorder, simply undergoing the withdrawal process either by utilizing a cold-turkey approach or undergoing a professional physician-assisted withdrawal management program is not a sufficient program of recovery. Instead, individuals with substance use disorders need to become involved in long-term treatment programs once they complete the medical detox process. These programs should include some form of substance use disorder therapy (in groups or individual sessions), social support (preferably from family and friends), participation in peer support groups, medical management as needed, and other interventions as identified by an initial assessment performed by mental health clinicians.

Recovery from any substance use disorder requires years of involvement in treatment, years of established abstinence, support, and numerous ups and downs that may include problems with relapse, recovery, and recommitment. Individuals in treatment who view potential relapses as opportunities to learn, strengthen their program of recovery, and move forward are more likely to experience successful long-term recovery than individuals who view of relapse as a failure.

prescription
Prefer getting help via text?
We're available 24/7 via text message. Signup below for access to our team when its convenient for you!
and many more...
✕
Instantly Check Your Insurance Coverage
Your information is safe & secure
At Oxford, we accept most types of private (non-government) insurance and offer a variety of payment options.
You can quickly and privately check your insurance benefits to see if you're covered for addiction treatment services. We’ll be able to tell you if your provider is in network with Oxford Treatment Center and all American Addiction Centers locations.
This means your treatment may be FREE1 depending on your policy, copay, and deductible.
Your Next StepsFind help & resources or learn more about Oxford.