Tuinal: What are the Dangers and Side Effects?

If you are a part of Generation X, you’ve probably heard of the pharmaceutical drug Tuinal (sometimes misspelled as “Tuinol”). This sedative barbiturate was hugely popular from the 1960s through the 1980s, drawing praise from physicians and recreational users alike. Tuinal even made its mark on pop culture; characters in films like Taxi Driverand in novels like Fight Club reference the drug, and even James Bond took a capsule or two.

Although the drug saw widespread, medically approved use, Tuinal proved to be both dangerous and highly addictive. Because of this, Tuinal has been all but discontinued in the United States and Europe. It is possible for someone to buy expired capsules for illicit use, typically sold under street names like blue tips, Christmas trees, or rainbows.
Individuals looking for Tuinal can also purchase them from another country, such as the Indian company Ranbaxy Laboratories, the sole producer of Tuinal today. However, taking Tuinal without a prescription can be incredibly dangerous, leading to addiction or overdose. 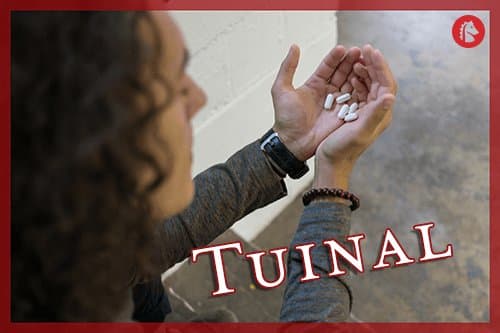 Tuinal is the brand name for a barbiturate made from two chemicals: secobarbital sodium and amobarbital sodium. Pharmaceutical company Eli Lilly introduced Tuinal to the medical world in the 1940s, marketing the drug as a sedative medication. In the decades that followed, physicians used Tuinal to treat insomnia, and some people used the drug recreationally to attain a potent, relaxed sensation.
Like most barbiturates, Tuinal is a central nervous system depressant. The drug works by interacting with gamma-aminobutyric acid (GABA), a naturally occurring neurotransmitter in the body. GABA reduces excitability in the brain cells, which calms the nervous system and makes a person feel relaxed and at ease. Barbiturates like Tuinal enhance GABA’s effects, helping the person taking the drug to achieve a calmed and sedated state.

For individuals who suffer from chronic insomnia or anxiety disorders, barbiturates like Tuinal can be incredibly useful. However, it is important to remember that they are not without risk. The Drug Enforcement Association (DEA) considers Tuinal a Schedule II substance. This means that, while the drug does have an accepted medical use in the US, it is considered highly addictive. To avoid developing dependency on Schedule II drugs, individuals should only use them for a brief period under medical supervision.

Side Effects of Prescription Use

Doctors typically prescribe Tuinal as a short-term treatment, either for chronic insomnia or to sedate a patient before surgery. Although Tuinal has fallen out of favor with modern physicians, a doctor may prescribe it to their patient in certain circumstances.
If an individual does begin using Tuinal, it is important that they take it under medical advisory, so a professional can monitor them for negative side effects.

All prescription drugs include some risk of adverse effects, and Tuinal is no exception. While the drug can benefit a person for a brief time, it can cause problems if used excessively.

Some of the most common side effects include:

One of the most dangerous side effects of Tuinal is physical dependency. For some, prescription Tuinal use can evolve into dependency, abuse, and addiction. This is largely because of the potency of the drug. According to Ida Walker’s 2007 book Sedatives and Hypnotics: Deadly Downers, people taking Tuinal will feel the drug’s effects in as little as 15 minutes, and the effects will last 4-6 hours. Tuinal’s strength is part of its appeal, but it is also the reason that so many individuals find themselves hooked on the drug.

Prescription drug abuse can affect just about anyone, regardless of their age or lifestyle. In fact, the British Medical Journal reported in 2005 that up to 33 percent of elderly adults in North America had been prescribed something to treat a sleep disorder. Drugs that treat sleep problems include benzodiazepines, z-drugs, and barbiturates like Tuinal.

These drugs have a strong effect on the brain and nervous system. If a person uses them too often or for too long, they can develop physical dependency and increased tolerance. To achieve the same sedative effect, the individual may find they are taking Tuinal more often, or taking more capsules at once, than they originally intended. Once this process begins, it often quickly progresses to continued abuse and then addiction.

If someone you care about is prescribed Tuinal, it is important that you (as well as their doctor) keep an eye out for signs of abuse.
Signs of abuse include:

Dangers of Illicit Use 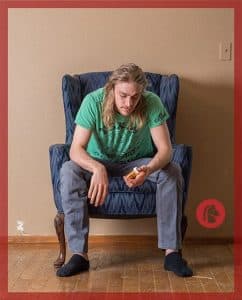 Recreational Tuinal use has decreased significantly since Eli Lilly stopped manufacturing the drug in the US. However, some individuals still sell old or expired Tuinal capsules to people looking for a relaxing high. Using Tuinal or any other barbiturate without a medical need to do so can be very dangerous, particularly if someone uses the drug for a lengthy period of time.

Illicit Tuinal use comes with its own risk of side effects. Some of these, like shallow breathing, could lead to a medical emergency if they aren’t taken care of quickly. Others, like impaired judgement, are more innocuous at the surface; however, the consequences of a person’s actions while using Tuinal could be devastating to their health, relationships, and future.

When someone is under the influence of Tuinal, they typically experience some side effects, such as:

Polydrug abuse (combining two addictive substances to create an enhanced effect) is a widespread problem among people who abuse Tuinal. According to the Canadian Medical Association, individuals who struggle with alcoholism are especially prone to abusing barbiturates like Tuinal. This is because alcohol, as a fellow depressant, can enhance the effects of the barbiturates. A person using Tuinal and alcohol together puts both their body and brain at risk of significant harm.

After an extended period of Tuinal abuse, individuals may experience health problems that impact their daily life.
These include:

The most frightening side effect of Tuinal abuse is fatal overdose. According to the National Health Council, barbiturates like Tuinal may account for up to 33 percent of all drug-related deaths in any given year. This phenomenon is far from recent; in 1980, the Medical Journal of Australia reported that Tuinal was the second highest cause of drug overdose in the nation, coming in just behind fellow barbiturate pentobarbitone.

Unfortunately, quitting Tuinal is not as simple as throwing away the bottle. Like most barbiturates, Tuinal is incredibly habit-forming, and most people who use the drug end up physically dependent on it. When someone decides to stop using Tuinal, it is critically important that they wean off the drug slowly. Ideally, this should occur in a treatment facility under the care of addiction specialists and medical professionals.

Recovering from an addiction to barbiturates like Tuinal usually involves an uncomfortable withdrawal period. Symptoms usually begin within eight hours of an individual’s last dosage, and they can last 5-15 days. While some side effects, like muscle twitching and nausea, are simple enough to endure, others can be potentially fatal.
Life-threatening side effects can include:

Because barbiturates affect chemicals in the brain, it should be no surprise that individuals withdrawing from these drugs experience psychological side effects as well as physical ones. The Oxford University Press’s 2014 edition of Psychiatry reports that many individuals “rebound” during barbiturate withdrawal, experiencing heightened insomnia or anxiety as their body weans off the drug. For individuals who first sought out Tuinal to treat their anxiety or sleep disorder, this can be particularly frustrating.

Medical detox generally involves the use of a long-acting benzodiazepine to stabilize individuals. Then, they are slowing weaned off the benzo until they are free from all substances. Individuals should not attempt a tapered approach to detox on their own. Medical supervision is required to prevent life-threatening situations. 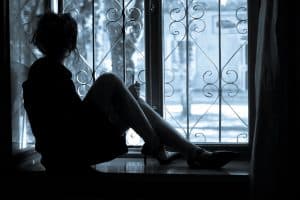 Treating an addiction to Tuinal involves the same processes as treating an addiction to any barbiturate. First, an individual must absolutely seek out medical attention to manage the withdrawal period. This period varies in length and can be uncomfortable; however, the side effects can be managed with the help of addiction treatment specialists.

It is then important that the individual undergoes comprehensive treatment to determine the root causes of their addiction. Whether someone uses Tuinal illicitly or with a prescription, they initially began abusing the drug for a reason. Do they have trouble sleeping? Do they suffer from depression or anxiety? Through group therapy, and working one on one with a psychologist, the client can discover the real reasons why they have become dependent on Tuinal, both physically and psychologically. They’ll then address these issues in therapy and begin the journey toward recovery.

Recovering from addiction isn’t easy, and barbiturates like Tuinal are particularly addictive substances. However, with the help of medical professionals, supportive treatment staff, friends, family, and peers, sobriety can become a reality.

Don’t let the devastating side effects of addiction go on for another day. If you or someone you love is struggling with addiction and are ready to start the treatment process, call us today at . Oxford Treatment Center, American Addiction Centers’ Mississippi drug abuse rehab center, is ready to help you get the treatment you need today.