For centuries, nitrous oxide has been a staple in hospitals around the world, giving patients pain relief before medical procedures. The additional euphoria has always been seen as a humorous perk of the drug, but with people getting high off the so-called “laughing gas,” doctors and public health advocates are issuing stronger warnings about the dangers of nitrous oxide abuse.

What Is Nitrous Oxide? 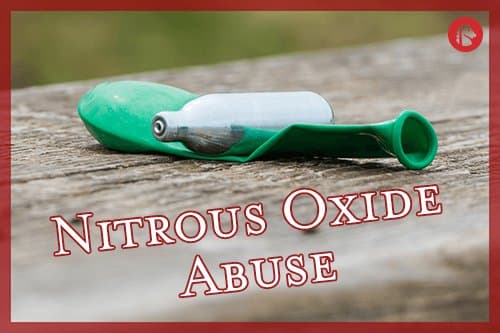 Many people dread surgery, so nitrous oxide is always on hand in clinics to calm patients down and alleviate the anxiety and the pain that comes from certain dental and surgical procedures. Neuroscience News explains that when nitrous oxide is properly used, it is harmless; when the patient stops inhaling the gas, it leaves their body very quickly. But the antidepressant effects of nitrous oxide “may linger in the brain long after the drug is out of the body,” which can potentially set the stage for someone who cannot control their compulsion to experience the euphoria more.

According to the Practical Neurology journal, the abuse of nitrous oxide has been going on almost since the drug itself was synthesized back in 1772. For a long time, it was misused primarily by medical and dental professionals who had access to the gas as part of their practice. Recently, however, the popularity of using nitrous oxide as a recreational drug has become “widespread.”

Research has discovered that continued exposure to nitrous oxide (beyond medical uses) has damaging neurological effects because of what the gas does to vitamin B12. The human body does not naturally produce vitamin B12, but it is important in the creation of DNA and red blood cells. It is usually created from animal-based foods or supplements, but whatever is produced does not last very long in the body, so food that helps the production of B12 or supplements that have the same effect have to be taken regularly.

Nitrous Oxide and Vitamin B12

WebMD writes that people who have a mild vitamin B12 deficiency might not experience any symptoms, but in cases where the deficiency goes untreated, the symptoms can become quite serious. They include:

As far back as 1993, the Archives of Surgery journal noted that “nitrous oxide […] renders vitamin B12 inactive,” and patients whose bodies cannot manufacture this vitamin “are exceedingly sensitive to neurologic deterioration.” The focus of the journal article was on vitamin B12-deficient patients who were receiving nitrous oxide in their anesthesia, but the scientists noted that untreated neurologic deterioration as a result of nitrous oxide exposure would not only become irreversible but could even result in the death of the patient.

The researchers in Practical Neurology shared three case studies of the neurological effects of recreational use of nitrous oxide (also known by the chemical symbol N20). One of the patients got his nitrous oxide from “whippit” canisters (also called whip-its, whippets, and whipits), which are sold commercially for use with whipped cream cans.

The Daily Beast explains that the cans come with a small dose of nitrous oxide, and if people suck the spout before shaking the can, they get a burst a pure laughing gas. This hits at the key difference between the nitrous oxide administered during a hospital or dental visit and the laughing gas taken straight from the can; in a medical setting, the N2O is administered with at least 20 percent oxygen.

Without that oxygen, people who take straight nitrous oxide are in danger of developing immediate hypoxia, decreased oxygen content in the blood. By taking more and more N20 without properly administered oxygen, or even inhaling simple room air at the same time, the resulting hypoxia might lead to irreversible brain damage.

Nitrous oxide canisters are also used to inflate balloons, and people then suck the gas out of the balloons to try and get high. Two of the patients in the study presented by Practical Neurology developed sensorimotor peripheral neuropathy (nerve damage), and even after being medically administered vitamin B12, the researchers noted that the patients “were left significantly disabled.”

A recent example comes from Australia, where in November 2017, a college student was hospitalized after inhaling 360 canisters of nitrous oxide in a single week. She was diagnosed with “severe nerve damage to her spinal cord,” and doctors fear that she may never be able to use her feet again. A toxicologist at a hospital in New South Wales told local news that he had recently seen a 20-year-old patient who had inhaled so much nitrous oxide, his brain had “the same level of damage as an alcoholic who had been drinking for 40 years.”

The trend of abusing nitrous oxide started at parties and music festivals. In 2012, the Global Drug Survey found that almost half of the people responding to the survey in the United Kingdom had used nitrous oxide for recreational purposes. The low cost and ease of availability of the whippit cans contribute to the likelihood of abuse; additionally, the innocuous packaging and use of whippit cans, as well as the common medical use of nitrous oxide, give the impression that the gas cannot be as dangerous as a harder drug like heroin or cocaine.

This makes nitrous oxide abuse a particular menace for young people. The Substance Abuse and Mental Health Service Administration noted in 2011 that 719,000 people aged 12 and up said they had used inhalants (like whippits) for the first time in the year prior to being asked; the average age at first use was 16. The director of the National Inhalant Prevention Coalition said that nitrous oxide cans are so easy to procure and use that getting high in the aisles at convenience stores becomes a real concern.

In 2013, the Los Angeles County Sheriff announced a crackdown on the use of nitrous oxide cans at parties, clubs, and other locations and events. Law enforcement’s job is made difficult by the fact that such cans are perfectly legal to purchase, so the Drug Enforcement Administration can do nothing to stop their diversion. Even the knowing distribution or use of nitrous oxide for recreational purposes is only a misdemeanor; since the gas is not a controlled substance, its illicit use is punishable by six months in jail. Nonetheless, state and local police have noted that the drug has been implicated in some serious crimes, such as rape and dangerous driving, which has resulted in some fatalities. The legality of nitrous oxide leaves it up to state and local police departments to do the legwork, like the LA County Sheriff’s office shutting down more than 350 illegal parties where people were using cans of “nox.” A sergeant in the office’s narcotics bureau told USA Today that one supplier was making more than $60,000 from selling cans of nitrous oxide in bulk.

In 1994, researchers writing in the Brain Research Bulletin journal noted that rats exposed to nitrous oxide developed a tolerance for the drug; that is, they became used to the behavioral effects of nitrous oxide and subsequently needed larger amounts of the gas in order to enjoy the same effects. In this way, N20 acts like many other drugs, convincing users to keep taking increasing amounts of it to try and recapture the initial burst of euphoria. This merely serves to deepen the dependence on the laughing gas, and it soon becomes the primary way (or even the only way) that a person can feel comfort, relaxation, or happiness. This becomes the focus, notwithstanding the physical and psychological effects of flooding the body with pure nitrous oxide at dangerous rates.

As N20 abuse persists, it becomes progressively more difficult for a person to manage without the nitrous oxide, to the point where the body reacts violently if it doesn’t get the dosage it has become accustomed to. Researchers writing in the Medical Hypothesis journal note that withdrawal symptoms from recreational use of inhalant drugs (like solvents, aerosols, and gases like nitrous oxide) “can be clinically significant among heavy inhalant users,” and are similar in many ways to the what happens when a person addicted to alcohol is forced to go without drinking.

Such symptoms can include:

Other research has also found that becoming dependent on inhalants like nitrous oxide follows very similar patterns of use, abuse, and withdrawal as other drugs. For example, a 21-year-old-man who had no other history of substance abuse told doctors that he felt increasingly agitated and anxious, and could not concentrate, when the effects of his recreational inhalant abuse (four years running, by that point) wore off. 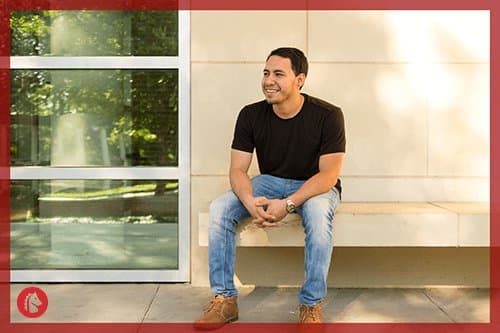 The Progress in Neuro-Psychopharmacology & Biological Psychiatry journal noted that some doctors have tried using lamotrigine, an anticonvulsant, to help people addicted to nitrous oxide get off the gas. The 21-year-old man who had been inhaling nitrous oxide for four years received both lamotrigine and individual and behavioral psychotherapy. The therapy proved ineffective, but a daily dose of lamotrigine for six months was successful in helping him discontinue his nitrous oxide abuse.

A big challenge facing the treatment of nitrous oxide abuse is that, unlike more publicized drug risks like alcohol, opioids, or stimulants, inhalant abuse is still seen as a lighthearted form of drug consumption; Pediatric Child Health cautions that this might make people who use nitrous oxide for fun less likely to seek medical help, and they may do so only when something goes badly wrong. Additionally, past research has found that people who use inhalants for pleasure tend to “suffer greater social dysfunction” than people who use other substances.

This may make them more reluctant to admit to having a problem with nitrous oxide, and it suggests that there are not enough treatment programs that address the specific needs of people hooked on inhalants.

The researchers in Practical Neurology worry that doctors may not be aware of the prevalence of N20 abuse, and that there is not enough known about the signs and risk factors for nitrous oxide abuse. Pediatric Clinics of North America writes that “families of inhalant abusers are often dysfunctional,” so treatment programs that have a strong emphasis on family and social reinforcement can go a long way in helping the predominantly young age demographic that tends to struggle the most with this kind of legal high.

prescription
Ready to get started?
We're available 24/7 to answer questions and help you make decisions about starting recovery from drug use.
Your Next StepsTake control of your