A class of sedative and central nervous system depressive drugs, barbiturates are synthetic drugs used as sleeping aids, anti-anxiety medications, anticonvulsants, and anesthetics. They range in action from causing mild sedation to general anesthesia, resulting in a medicated coma. Some are even used to in lethal injections and euthanasia of animals. 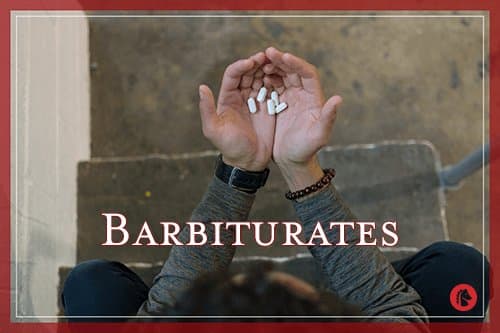 The Global Information Network about Drugs (GINAD) publishes that there are more than 2,500 types of barbiturates, and about one out of every three people in the United States has a barbiturate medication in their medicine cabinet. Most commonly prescribed as sleeping pills, these products are also regularly abused.

The National Survey on Drug Use and Health (NSDUH) reports that approximately 330,000 people were considered to be currently using a sedative drug nonmedically in the month leading up to the 2014 survey. These medications may be abused by swallowing the pills without a prescription or medical need for them or by altering the medication to inject the substance.

On the street, these drugs are known by a variety of names, such as:

How Long Do Barbiturates Stay in Your System?

These drugs may be used recreationally to create a pleasant feeling, not unlike that of alcohol intoxication, inducing relaxation and euphoria. They may also be used to counteract “uppers,” which are stimulant drugs like cocaine and methamphetamine. Barbiturates can stay in a person’s system for 4-16 hours, depending on the type, and it can be very easy to overdose on them. Barbiturates are also considered to be highly addictive as individuals can build up a tolerance and become dependent on them rather quickly. Barbiturate abuse is extremely risky, both in the short-term and long-term.

Difficult withdrawal symptoms accompany physical dependence on barbiturates when the drug processes out of the body. The symptoms of barbiturate withdrawal have the potential to be life-threatening, and for this reason, these drugs should never be stopped suddenly, the National Institute on Drug Abuse (NIDA) warns. Since barbiturates dampen some of the functions of the central nervous system and disrupt brain chemistry, when these drugs are suddenly not present after dependence has formed, the body can experience a rebound. Seizures, extreme mental confusion, fever, irregular heart rate and blood pressure, hallucinations, and delirium are possible.

This withdrawal delirium is similar to that of alcohol withdrawal-induced delirium tremens (DTs). It can occur as long as a week after stopping these drugs, and it may be potentially fatal. Additional withdrawal symptoms from barbiturates include insomnia, irritability, anxiety, depression, restlessness, abdominal cramps, muscle weakness, apprehension, nausea and vomiting, and drug cravings. Barbiturate withdrawal should be closely monitored and managed by highly trained professionals in a medical detox program.

Barbiturates can be lethal even in small doses. The European Monitoring Centre for Drugs and Drug Addiction (EMCDDA) warns that as little as 2-3 grams of amobarbital and pentobarbital can be fatal. Due to the long-lasting nature of some barbiturates, these drugs can stay in a person’s system for an extended period of time, and individuals may then take more of them, leading to a toxic buildup.

Also, the more a person takes barbiturates, the higher their tolerance to the mind-altering effects becomes. The same is not true when it comes to tolerance to the drugs’ lethal effects, and the National Library of Medicine (NLM) reports that repeated use of these drugs increases the risk for fatal poisoning. GINAD publishes that about 3,000 people die from a barbiturate overdose in the United States every year, and while around 60 percent of these overdoses are unintentional, the other 40 percent are classified as suicides.

The Drug Enforcement Administration (DEA) publishes the following as signs of a barbiturate overdose:

What Do Barbiturates Do to The Body?

Since barbiturates are central nervous system depressants, much like alcohol, they can decrease a person’s inhibitions and increase sociability and the odds for engaging in potentially dangerous or out-of-character behaviors. Slurred speech, lack of coordination, mental “fogginess,” difficulty concentrating, trouble making coherent decisions, drowsiness, sluggish movements, unsteady gait, headache, gastrointestinal upset, excitability, and impaired judgment are all possible side effects of barbiturate intoxication. Aggression and an inability to control hostile or sexual impulses may also be complications of barbiturate intoxication.

Those who take barbiturates nonmedically may also be at an increased risk for contracting an infectious disease, such as HIV/AIDS or hepatitis, through the sharing of dirty needles. The odds of contracting a sexually transmitted disease from unsafe sexual practices brought on by impaired judgment are also increased by barbiturate abuse.

According to the Drug Abuse Warning Network (DAWN), nearly 20,000 people in the United States received medical care in an emergency department (ED) for a negative reaction to barbiturate abuse in 2011. Taking these drugs on a regular basis can lead to breathing problems and potentially cause pneumonia, bronchitis, sexual dysfunction, memory issues, skin issues, a short attention span, impaired and delayed reflexes, bone pain, loss of appetite, muscle weakness, yellowing of skin or eyes, and continual inebriation. The World Health Organization (WHO) reports that chronic barbiturate abuse can cause barbiturate-induced residual psychotic disorder, a form of dementia that leads to issues with memory, learning, language functions, judgment, calculation, comprehension, and thought. In addition, other higher cortical and cognitive functions may be persistently, and potentially permanently, impaired. 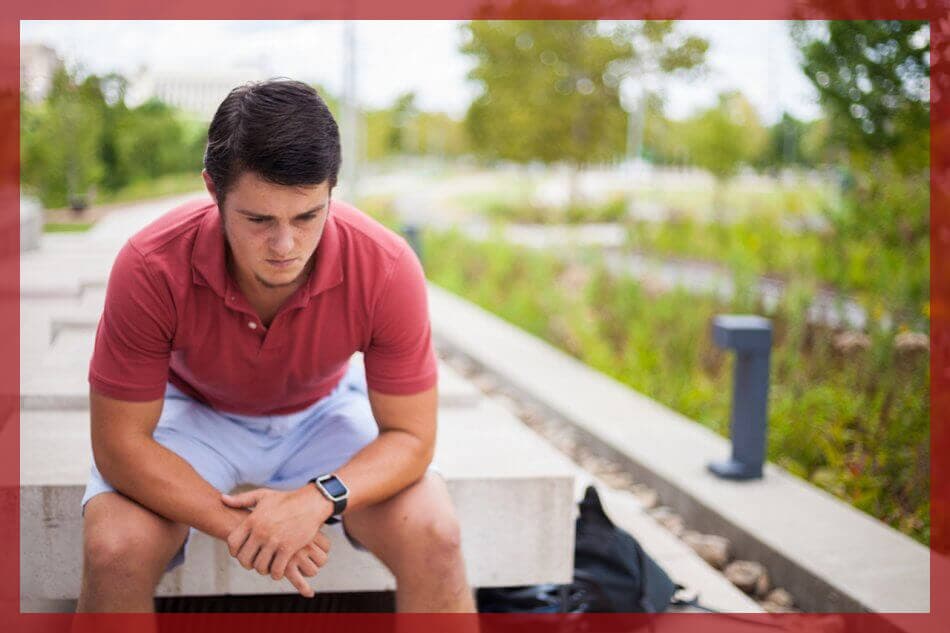 Perhaps one of the most pronounced potential side effects from regular and continued abuse of a barbiturate drug is the habit-forming nature of these medications. Barbiturate abuse can lead to tolerance and physical dependence. Tolerance occurs as the body and brain become accustomed to certain amounts of these drugs, and a person will need to take more barbiturates in order to keep feeling the effects. The fact that tolerance to the actual physical central nervous system depressant effects is not built up at the same rate as the mind-altering effects can be especially worrisome as individuals may take higher doses in order to feel a certain way and inadvertently overdose. When someone takes a barbiturate drug, the action of gamma-aminobutyric acid (GABA) in the brain is increased. GABA works to reduce anxiety by slowing down physical and emotional reactions to stress. The “fight-or-flight” response is dampened. Physical dependence occurs when the chemical changes barbiturates make in the brain become more fixed.

Addiction is considered a brain disease with many emotional, physical, interpersonal, social, financial, and behavioral ramifications. Barbiturate addiction can be optimally managed with a comprehensive treatment plan in a specialized facility.

Don’t let the devastating side effects of addiction go on for another day. If you or someone you love is struggling with addiction and are ready to start the treatment process, call us today at . Oxford Treatment Center, American Addiction Centers’ drug rehab in Mississippi, is ready to help you get the treatment you need today.

barbituratesprescription
Prefer getting help via text?
We're available 24/7 via text message. Signup below for access to our team when its convenient for you!
and many more...
Your Next StepsFind help & resources or learn more about Oxford.