According to the DEA (Drug Enforcement Agency), etizolam is a thienodiazepine drug that is chemically similar to the benzodiazepines. Etizolam is a prescription medication in Europe and Japan; however, it is currently not offered for medicinal uses in the United States, and it is not a controlled substance under the statues of the DEA. The DEA lists its trade names as Etilaam, Etizest, Depas, Etizola, Pasaden, and Sedekopan.

It is most often used in tablet or powder form; however, some sources may also illicitly distribute it on blotted paper. The DEA reports that the drug is often marketed online and may be available in local shops, often with a label that it is a drug used for “research purposes.”

While the DEA does not list etizolam as a controlled substance, several states do. The states include:

Uses and Mechanism of Action 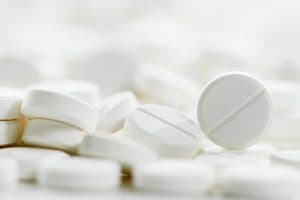 Etizolam has three major medicinal uses in countries where it is legally available:

According to the DEA and numerous research studies, the effects of taking etizolam include:

In rare cases, the development of neuroleptic malignant syndrome may occur, which consists of extreme rigidity of the muscles, extreme temperature increase, delirium, and instability in the autonomic nervous system. Neuroleptic malignant syndrome may also have potentially fatal consequences. Because of the potential dangers associated with the withdrawal syndrome, individuals who are using the drug for any reason and wish to discontinue its use should consult with a physician before doing so.

Individuals who abuse the drug in combination with other central nervous system depressant drugs, such as alcohol, narcotic pain medications, or benzodiazepines, run the risk of enhancing the effects of the drug and exacerbating the potential serious side effects of use, including significant damage to the brain and other organs as a result of respiratory suppression and a decrease in oxygen or a lack of oxygen that can have potentially fatal ramifications. Of course, mixing etizolam with other drugs or overdosing on etizolam can also have potentially fatal consequences. 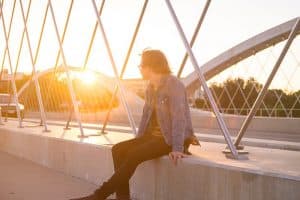 Individuals in the United States who abuse etizolam will have most likely gotten the drug from an illicit source. The presentation of abuse in individuals who use this drug is very similar to benzodiazepine abuse, and treatment is similar.

It is important that individuals who are entering recovery for any formal substance use disorder engage in the practice of being honest about their substance abuse. Individuals who abuse etizolam should be frank about the drug they were abusing, how they abused it, and if they abused it in combination with other drugs. Benzodiazepines are commonly abused drugs; however, they are not commonly the major drug of abuse as they are most often abused in combination with other drugs. One would expect in the United States that this pattern of abuse also holds true for individuals who abuse etizolam. It is extremely important that treatment for one’s substance use disorder be directed toward the needs of the individual, and those who suffer from polysubstance abuse should be frank regarding their drug use with their treatment providers.

The overall treatment protocol would include: