Prescription drugs are meant to help people deal with the symptoms of an illness or disease. Adderall, for example, is designed to help people with attention-deficit/hyperactivity disorder (ADHD).

People with ADHD struggle to focus, which can affect their ability to succeed in school or on the job. Adderall is a stimulant medication, and in people with ADHD, it can bring about the focus that’s been missing.

For people without ADHD, Adderall can spark a sense of wellness, energy, and happiness. It can also cause side effects, including psychosis and paranoia.

This article will discuss the symptoms of Adderall psychosis, treatment options, and how to get help if you or someone you love has lost control of their stimulant use. 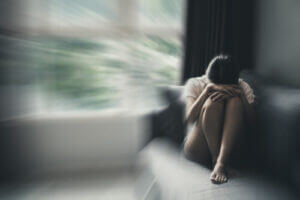 In a study in the journal BMC Psychiatry, researchers report that psychosis sparked by amphetamines may cause symptoms such as:

In a second study in the American Journal of Psychiatry, researchers outline the case of a young person who experienced Adderall psychosis. This boy described hearing voices and also described suicidal thoughts.

These side effects can be scary and dangerous, and someone who experiences them may need professional treatment or hospitalization to recover.

How Psychosis Is Treated

About 18% of people with amphetamine psychosis have psychotic symptoms that are mild, and they do not need hospitalization to recover, according to a study published in Cochrane. Only a small minority needs emergency care.

Therapies that address psychosis may not address the addiction. People who abuse or misuse amphetamines may have intense cravings for the drugs when they try to stop using them, and may be at high risk of relapse without professional treatment.

Enrolling in a medical detox program is often the first step on the road to recovery, so the psychosis and drug addiction can be safely managed and monitored by medical staff.

After detox, patients can move on to more comprehensive rehab treatment, including inpatient drug rehab and/or outpatient addiction treatment, where they develop the thought patterns, life habits, and self-care techniques that help sustain long-term recovery.

Anyone who abuses a stimulant like Adderall is at risk for a psychotic episode. The drug disrupts chemical pathways in the brain, leading to a misinterpretation of sensory information. That disconnect between the senses and the brain causes psychosis.

As a result, families that do have this history and are concerned about a loved one should be extra vigilant and contact a doctor if symptoms arise.

Getting Help for Adderall Psychosis & Addiction

Seeing someone you love experience psychosis can be difficult and frightening. But focusing on the future can help.

Through support and quality, evidence-based care, families can break the cycle of addiction cycle and get treatment that works.

If you or a loved one is struggling with the devastating side effects of addiction and unsure of where to turn, call us at .

adderallco-occurring disordersprescriptionpsychosisside effectsstudy drugs
Prefer getting help via text?
We're available 24/7 via text message. Signup below for access to our team when its convenient for you!
and many more...
Your Next StepsFind help & resources or learn more about Oxford.