The Risk of Adderall Dependence: How Serious Is It?

Adderall is the brand name for a stimulant combination of amphetamine and dextroamphetamine that is most often used in the treatment of ADHD (attention deficit hyperactivity disorder). Adderall can be prescribed in an immediate-release version that requires multiple doses (Adderall IR) or an extended-release form that can be used once in the morning (Adderall XR). The effects of these drugs will vary depending on which version is used, with the immediate-release version having medicinal effects that last 4-6 hours, and the extended release version typically lasting for a 12-hour period.

All versions of Adderall are listed as controlled substances by the United States Drug Enforcement Administration (DEA) and classified in the Schedule II category of controlled substances, which is the highest level of control exercised by the federal government for medications that are available with a prescription from a physician. By this classification alone, it can be recognized that there is concern that the drug can be abused and lead to the development of physical dependence.

Developing Dependence and/or a Substance Use Disorder to Adderall 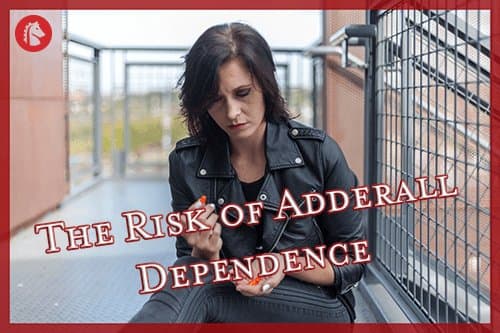 A person who takes Adderall for medicinal reasons (e.g., for ADHD or to treat some other condition like narcolepsy) is at an increased potential to develop physical dependence on the drug. Taking a stimulant drug like Adderall will lead to the development of tolerance to the drug’s effects in a relatively short period of time in many individuals, and the majority of people may display a minor syndrome of withdrawal if the drug is abruptly discontinued. This is why even individuals who have been using the drug for medicinal reasons are placed on a tapering strategy by their physician once it is decided that the drug can be discontinued. Thus, the development of physical dependence on Adderall is not an unusual feature of regular medical use of the drug in individuals who take it for more than a couple of months.

The development of a stimulant use disorder (the formal category of substance use disorder that would be diagnosed in a person who abuses Adderall) requires that a person regularly uses the drug for nonmedicinal reasons.

There are additional signs that a stimulant use disorder is present:

The formal diagnosis of any substance use disorder can only be made by a licensed mental health clinician. An individual who is suspected of issues associated with abuse of Adderall or any other substance should be assessed formally for the presence of this disorder.

The risk of developing a stimulant use disorder is actually relatively low in individuals who are prescribed Adderall and use the medication according to its prescribed purposes while under the supervision of a physician.

For instance, according to the annual survey on drug use and misuse by the Substance Abuse and Mental Health Services Administration (SAMHSA):

The estimates provided by SAMHSA are based on self-report data, and the misuse of a drug does not necessarily imply abuse; however, the misuse of a prescription drug like Adderall is an indicator of the percentage of individuals who may abuse the drug. As can be seen by the data, a significant number of people who report using amphetamine products also report misusing them at least once, although the data does not ascertain whether or not all of the individuals who report using the products had a prescription for them. However, more than half of the individuals who reported using amphetamine products did not report misusing them.

The percentage of individuals who would be diagnosed with a substance use disorder as a result of misusing amphetamine products would be even lower than the percentage of individuals reporting this use of the product. In fact, research studies have consistently found that adults and children who were administered prescription medications for the treatment of conditions like ADHD are not at an increased or decreased risk to develop any substance use disorder. This research indicates that treating ADHD with stimulant medications like Adderall does not appear to increase or decrease the risk that a person will develop a substance use disorder.

It should also be noted that individuals who are diagnosed with ADHD are more likely to develop substance use disorders than individuals without this diagnosis, whether or not they use medications like Adderall. However, the use of prescription medication for their ADHD has no significant effect on the probability that they will develop any form of substance use disorder. 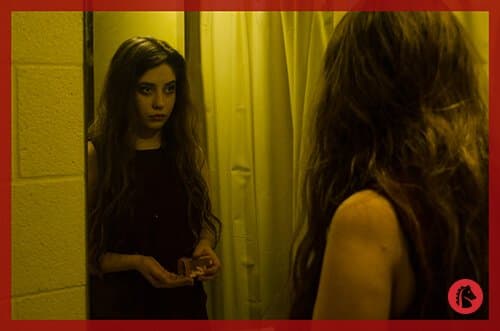 An issue that has received much publicity is the abuse of stimulant medications by college students. Research studies have suggested that perhaps as much as one-quarter of college students have abused stimulant medications that are commonly prescribed for the treatment of ADHD (e.g., Adderall, Ritalin, Concerta, etc.) as study aids. When the drugs are taken in this matter, they are typically ground and snorted in order to receive a much quicker effect than taking the drug orally in its pill form. This would certainly qualify for a potential abuse situation.

Moreover, abusers will very often develop high levels of tolerance and take doses of the drug that are significantly greater than the dose used for medicinal reasons. This practice results in more rapid development of physical dependence on Adderall and in more severe withdrawal symptoms after the drug is discontinued. The research also suggests that abuse of drugs like Adderall by college students typically occurs in conjunction with use of other substances, including alcohol and illicit drugs.

Research studies have suggested that men who are members of a fraternity and who are in very competitive college programs are at a higher risk to develop issues with stimulant abuse in college. These individuals typically have lower levels of college achievement, particularly in regard to their grades, than individuals who do not abuse stimulant medications. Most of these individuals get the drugs from a friend or relative, or purchase them illicitly.

Abuse of Adderall can lead to some serious potential issues, particularly if the drug is abused over lengthy periods of time:

Withdrawal from Adderall as a result of physical dependence on the drug is often more emotionally based than withdrawal from drugs like heroin where both emotional and physical symptoms occur. Individuals typically have problems with mood swings, cravings for the drug, depression, anxiety, insomnia, disturbing dreams, etc. Withdrawal symptoms typically resolve very quickly if the individual begins using the drug again, and this can fuel addictive behaviors. Individuals may become desperate for the drug or use other drugs to counteract their withdrawal symptoms.

Anyone who has developed a substance use disorder as a result of Adderall abuse should seek professional help, including enrollment in a supervised withdrawal management protocol (medical detox) in order to help them establish abstinence from the drug. Once abstinence is obtained and the withdrawal symptoms have been successfully controlled, the person should enter a long-term aftercare program designed to deal with their substance abuse issue. In order for such a program to be effective, the individual will need to be involved in treatment-related activities for many years.

It’s never too late to reach out for help. If you or someone you love is struggling with the devastating side effects of addiction and are unsure of where to turn, call us today at . Oxford Treatment Center, American Addiction Centers’ inpatient drug rehab center near Jackson, Mississippi, is ready to help you get the treatment you need today.

adderallprescriptionstudy drugs
Prefer getting help via text?
We're available 24/7 via text message. Signup below for access to our team when its convenient for you!
and many more...
✕
Instantly Check Your Insurance Coverage
Your information is safe & secure
At Oxford, we accept most types of private (non-government) insurance and offer a variety of payment options.
You can quickly and privately check your insurance benefits to see if you're covered for addiction treatment services. We’ll be able to tell you if your provider is in network with Oxford Treatment Center and all American Addiction Centers locations.
This means your treatment may be FREE1 depending on your policy, copay, and deductible.
Your Next StepsFind help & resources or learn more about Oxford.