Truth Behind the Numbers: DeSoto County

People at risk of overdose from heroin and opioids are:
(a) Criminals to be prosecuted.
(b) Victims to be rescued.
(c) Citizens to be helped.
(d) Sinners to be saved.

It’s a complex question in Mississippi’s most populous county. As the opioid overdose epidemic seeps over the state line from Memphis, Tennessee, the DeSoto County Sheriff’s Department is looking ways to help those addicted while still abiding by the law.

“We’re not going to arrest our way out of this problem,” said Sgt. Mike Cowan, one of four panelists at Truth Behind the Numbers: DeSoto County. 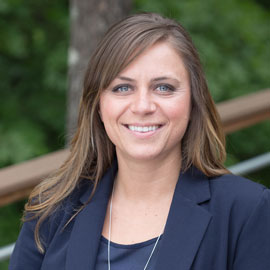 The Aug. 24 event at Longview Heights Baptist Church in Olive Branch brought together first responders and recovery advocates to spread awareness and share resources. The event was hosted by American Addiction Centers and Oxford Treatment Center. It was organized by Angela Quadrani, an AAC treatment consultant based in Memphis and DeSoto County.

“Working with families here every day, we see how important it is to equip them with resources to get help for their loved ones and themselves,” Quadrani said. “Everyone is alarmed by the rising numbers of overdose deaths. We’re looking for ways to connect the dots between services so that more lives can be saved.”

Cowan is a sergeant in the Special Investigations Division for the DeSoto County Sheriff’s Department, where he is also assistant team leader for the SWAT team. His team responds to drug overdose calls primarily to “secure the scene” for paramedics, he said — not to round up drug users and take them to jail.

“We are going to uphold the law; there are consequences sometimes for what you do,” he said. “However, within the DeSoto County Sheriff’s Department and Special Investigations, we try to spread the gospel of treatment. We have to be able to break down the stigma of getting help for addiction and mental health, and treat it like any other medical problem.

“Addiction is like diabetes,” Cowan said. “You’ve got it for life. You’re stuck with it, but it is treatable. You have to treat it properly, but if you do that, you can beat it.”

“We are trying to build awareness of the epidemic we have going on in our county,” Rasco said, adding that DeSoto County has had 21 overdose deaths so far in 2017. That compares to 17 at the same point in 2016. “People need to know what is happening in this county,” he said.

Morse, who moderates the 3,885-member Facebook group Memphis’ War on Heroin, said that the current overdose crisis is challenging the public’s understanding of addiction risks.

“A lot of people die from alcoholism, but that usually takes many years,” Morse said. “Heroin kills at an accelerated rate, with little time for intervention. When people start using heroin, they could be dead within a year.” 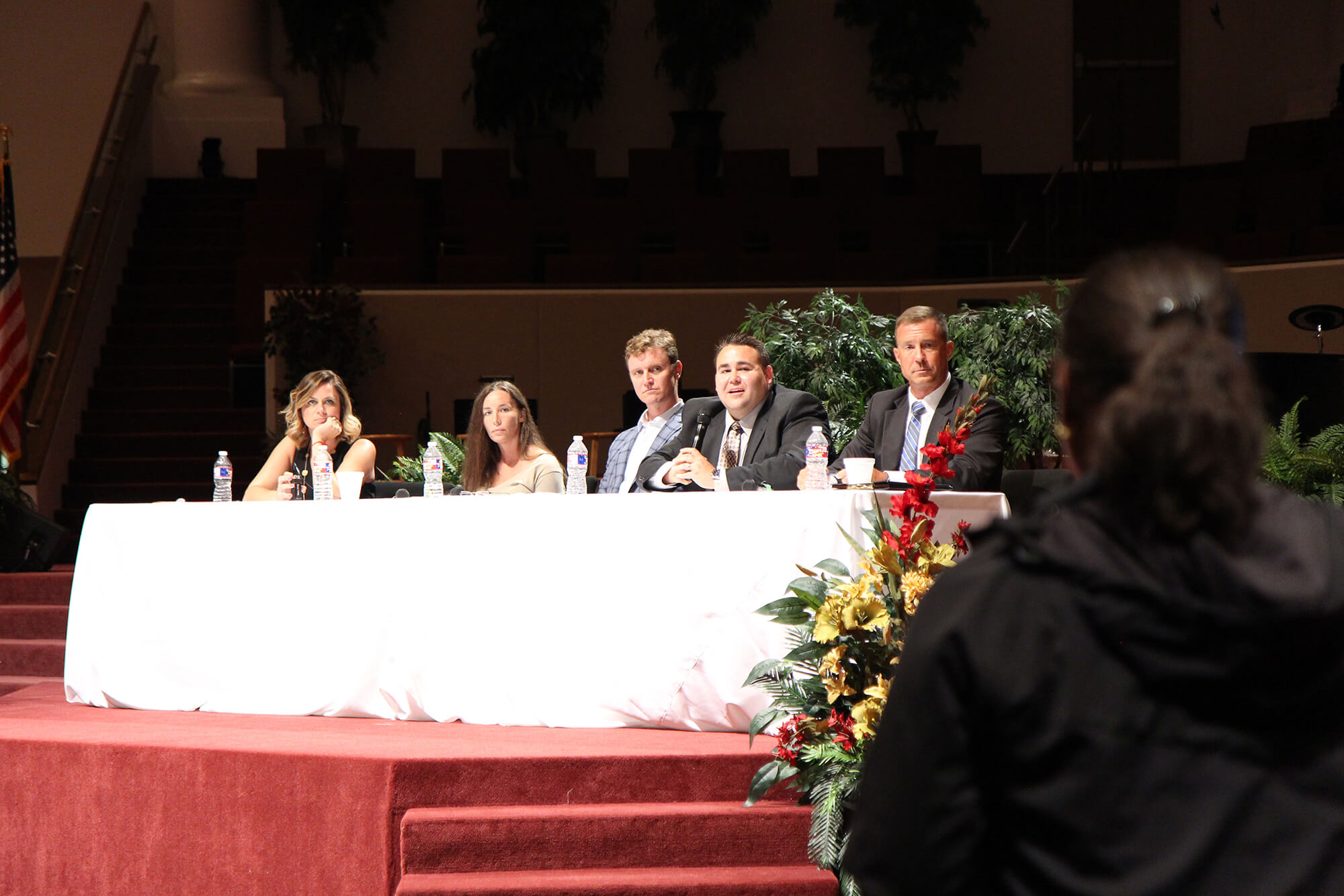 Kevin Smith responds to questions during “Truth Behind the Numbers: DeSoto County” in Olive Branch on Aug. 24.

The drugs at issue in the opioid overdose epidemic include both heroin and its synthetic cousins, like prescription pain pills oxycodone (OxyContin, Percocet) and hydrocodone (Vicodin, Lortab).

Addiction and overdose are affecting every demographic. People who would never shoot up with a syringe don’t have the same hesitation about popping pills. Others start using pain pills through a legitimate prescription then find themselves hooked. The American Academy of Addiction Medicine says four in five new heroin users started out misusing prescription painkillers. Once they’re addicted, heroin becomes attractive as a cheaper, stronger alternative.

In light of the opioid crisis, regulators around the United States have cracked down on over-prescribing by physicians. The CDC reported in July that opioid prescriptions are down from their 2010 peak. Even so, the amount of opioid prescriptions being written is still enough to keep every American medicated around the clock for three weeks.

As prescriptions decrease, the demand for those addicted is being met by even more dangerous street drugs. Drug suppliers today are lacing heroin and knock-off pain pills with far-stronger opioids — fentanyl (like morphine, but 50-100 times more potent) and carfentanil (a shocking 10,000 times more potent). People who are addicted to opioids can take what they think is a “normal” dose and die.

Recently, Cowan said, the DeSoto County Special Investigations Unit confiscated 5.68g of what was supposedly heroin, in 50 individually wrapped packets. It turned out to be pure fentanyl. They belonged to a 20-year-old in Southaven who had been selling to his peers.

“These young men were all upper-middle-class,” Cowan said. “They lived in a nice neighborhood and drove nice cars. Most of them were in college. All of them were addicted to heroin.” 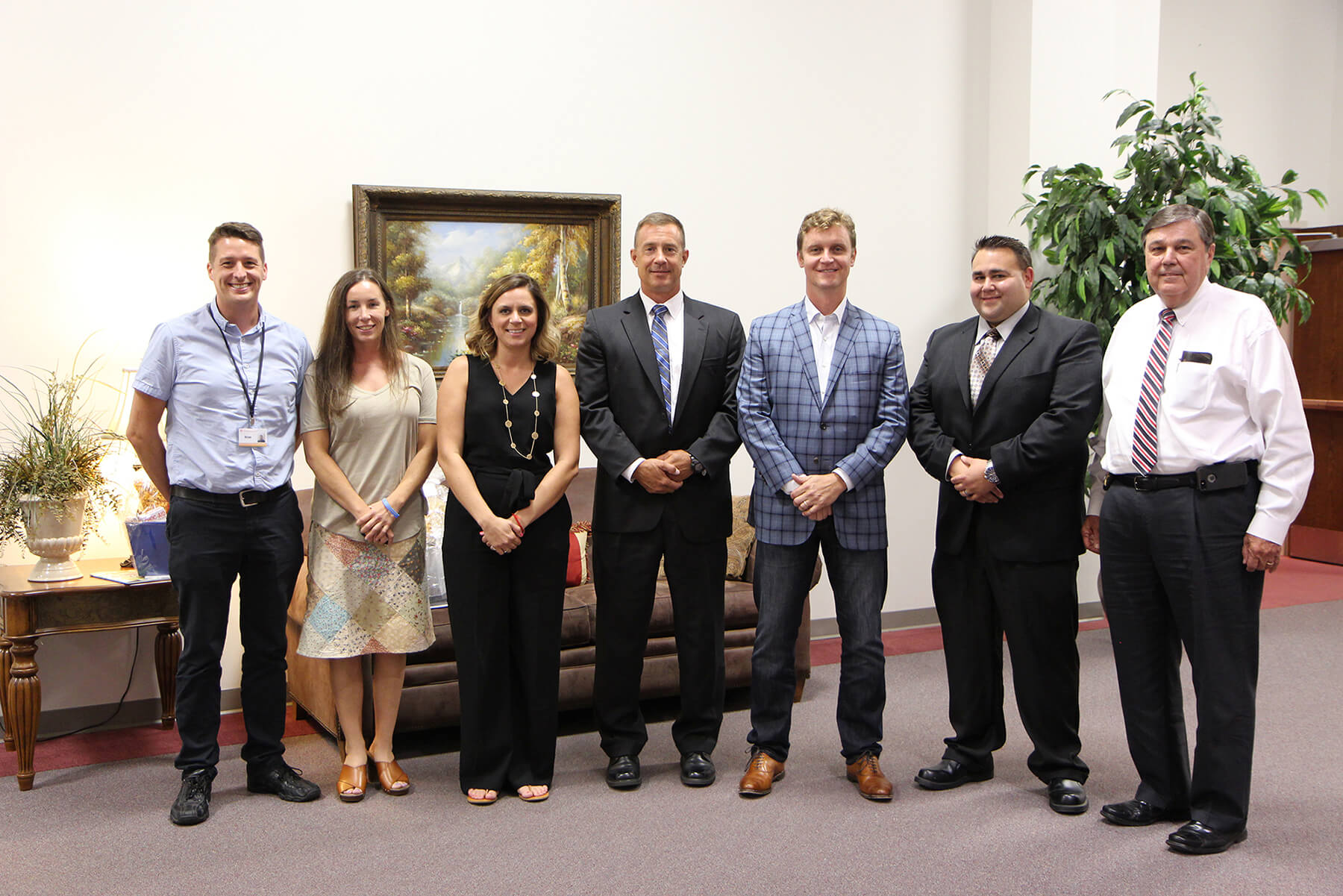 Stephen Pannel, DO, psychiatrist and medical director at Oxford Treatment Center, said that the parents of young adults often have no idea their son or daughter is involved with drugs until the law gets involved.

“The speed of chemical acceptance is so fast now, parents are always behind,” he said. “A clinician can recommend treatment, but the parents will say, ‘No, thank you. We don’t think it’s that serious.’ The problem is, particularly with opioids, we just don’t have the time anymore.”

At Oxford Treatment Center, 60 miles southeast of DeSoto County, opioid addiction accounts for 80 to 85 percent of those who come for treatment.

Oxford Treatment Center is a private, research-based center that provides a long-term continuum of care, starting with on-site medical detox at its 110-acre campus. In DeSoto County, it has an outpatient office in Olive Branch to provide continuing care for those returning to the area after residential treatment. Its programs are designed around a minimum 90-day standard for treatment, as recommended by the National Institute on Drug Abuse for successful outcomes in treatment.

While resources for addiction treatment in Mississippi are growing, panelists at Truth Behind the Numbers called on legislators to provide more funding for treatment, especially for the uninsured and those on Medicaid.

“I urge you to talk to your elected officials to get more funding,” Cowan said, “so that we have alternatives to incarceration for people who will take it.”

The sheriff said his department is gathering more information on local addiction resources, to share with families in crisis. He said several local men have also gotten help through John 3:16 Ministries in Charlotte, Arkansas, a “spiritual boot camp” that provides peer- and faith-based support for six to 12 months.

As ground zero for the opioid crisis in Mississippi, DeSoto County continues building its response. The Sheriff’s Department was the first in the state to equip all its officers with Narcan, the life-saving drug that can quickly reverse the effects of an overdose. Cowan said officers, who are often the first on the scene, have saved six lives so far this year with those doses.

As a medic, Smith said when he responds to an overdose call, the person’s family members are often are often at home and are the ones who dialed 911.

“I take it very seriously to be in someone’s home, with their mom or dad or spouse right there,” Smith said. “I see the pain in everybody else’s eyes.”

Five Takeaways from Truth Behind the Numbers: DeSoto County

1. Local law enforcement is out to help users — and to catch dealers.

Among his key messages, Cowan emphasized the DeSoto County Sheriff’s Department’s intention is for opioid addicts to end up in recovery rather than behind bars.

“A lot of people we deal with are not using to get high anymore, but just to feel normal and not feel sick,” Cowan said. “We’ve got to get treatment for these people.”

Cowan said when his team responds to an overdose call, the questions they ask are usually about where the drugs came from.

“We understand there are supply lines coming in, and that’s what we’re looking for,” he said. “That doesn’t mean somebody who’s selling to two or three of their buddies is not going to get in trouble. But we’re truly looking for those who are supplying a large group of people.”

2. In the event of an overdose, friends and family members calling 911 are protected under Good Samaritan laws.

“When somebody calls and requests emergency assistance because of a drug overdose, we can’t arrest them,” Cowan said. “We’re just there for support. We try to get with the victims’ families and find out where they’re getting the drugs.”

Cowan said those making the call are protected unless they have drugs in such a quantity that it’s clear they are a dealer.

3. Families in DeSoto County can reach out for help locally.

In DeSoto County, resources include treatment centers and nonprofit advocacy groups. Cowan said concerned families have even reached out directly to his team for help, rather than waiting for a loved one to overdose.

“The family invites us in, and we arrest them and take them to jail,” he said. “They go through the detox process in jail, and we explain to them they have some options, including treatment and drug court.

“When families do that, we take into consideration that they have come to us. We’re not trying to crucify this individual; we’re trying to get them some help. It can serve as a wakeup call, where it is more controlled than if we catch them on the street.”

4. Forced commitments are possible, but should be a last resort.

Both Thompson and Morse affirmed that while families can have a loved one committed against their will, it should never be the first choice for an intervention. Thompson, who reviews involuntary commitments filed in DeSoto County, said such writs should only be filed when it seems very likely that a person is about to harm themselves or someone else.

“Filing a writ takes away someone’s civil rights for a period of time,” Thompson said. “And while we keep them in a medical room, they’re still in the jail. It can be very traumatic.”

Currently, Thompson said, due to state funding cuts, writs are no longer even accepted for men.

5. Families of those addicted need help and support for themselves.

Even when a loved one who’s addicted to opioids refuses to get help, family members can surround themselves with education and support.

Morse said the turning point in her addiction was when her mother began focusing on her own health and stopped enabling Morse’s behaviors.

“If my mom had never gone to Al-Anon and gotten stronger, I would never have gotten clean,” Morse said. “If you love your child and want them to get sober, take care of yourself.”

There are 12 weekly Al-Anon meetings in DeSoto County. Oxford Treatment Center also hosts a free weekly family support group at its Olive Branch Outpatient Office, Tuesdays at 6 p.m. Anyone who has a loved one in addiction or recovery is welcome.

Truth Behind the Numbers: Resource Exhibitors

Start Recovery at Our Southern Resort
Take a step back from your life and get the help you need at our premier drug and alcohol addiction center. Nestled in the countryside 1.5 hours from Memphis, Oxford gives you the support you need in a calm and beautiful setting.