Cold Turkey and Quick Detox: Is it Dangerous?

When addressing an addiction disorder, the first step in most treatment plans is detoxification, or detox, a process in which the addicted person stops taking the drug and lets it leave the system naturally. This generally produces withdrawal symptoms, which can be intensely unpleasant and, with certain classes of intoxicants, dangerous. Withdrawal can be so difficult that it often serves as a deterrent to addicted persons even thinking about quitting.

There are multiple ways to address the problem of withdrawal. For certain drugs, especially prescription medications, it may be safer and easier for the addicted person to taper off their dose gradually rather than detox all at once. With opioids like heroin and Vicodin, there are less potent versions of these drugs that addicted individuals can be switched onto either temporarily or permanently.

In other situations, it may be best to go off the drug all at once and remain abstinent at least until the withdrawal symptoms have passed. This is often referred to as “going cold turkey.” An addicted person can attempt to get through this process alone, but success is unlikely. There are plenty of addiction treatment centers that offer medical services to make the process safe, much easier, and ultimately more successful. This is due to the fact that withdrawal from certain drugs like alcohol and benzodiazepines has been known to be fatal. There are also dangers associated with relapse.

In addition to standard cold turkey detox, some people advocate for methods of rapid detox that supposedly significantly reduce the period of withdrawal, therefore making the process much easier to endure.

In the United States alone, 22.7 million people fit the diagnostic criteria for an addiction disorder in 2013, according to the National Survey on Drug Use and Health. Unfortunately, only 2.5 million of these people sought treatment. This gap is due to a number of factors, including social stigma and a lack of education around treatment options. With the right medical assistance, withdrawal doesn’t need to be at all dangerous or a physical and emotional ordeal.

For those who have been heavy alcohol users for years, suddenly stopping all alcohol consumption can result in a condition known as delirium tremens. This is a set of particularly severe withdrawal symptoms, which include:

Many people remain unaware that withdrawal symptoms from certain intoxicants can be dangerous and even deadly. Though most don’t think of alcohol as being as dangerous a substance as illicit drugs like cocaine or heroin, alcohol withdrawal can, in rare cases, end in death.

These symptoms can start off as fairly mild and rapidly increase in severity. Psychological symptoms like delirium, hallucinations, and agitation can cause injury to the afflicted person and nearby individuals, and sustained seizures can be fatal. About 1-5 percent of people who develop delirium tremens will die from it.

Benzodiazepine withdrawal syndrome is also potentially deadly. Benzodiazepines (benzos) are a class of prescription medications commonly used to treat anxiety and panic disorders. These drugs can be rather addictive, even if taken as directed by a doctor. They can also be abused to produce a high.

Due to the dangers of benzo withdrawal, doctors will always recommend that anyone going off a drug in this class be weaned from it rather than attempting a cold turkey detox. Unfortunately, those who have been illegally taking one of these drugs may be unaware of the risks of withdrawal.

Benzodiazepine withdrawal symptoms can include:

Like with delirium tremens, the psychosis and hallucinations of benzo withdrawal can cause a person to lash out and cause harm, and seizures can be fatal. Additionally, suicidal ideation and urges along with the rest of the significant symptoms from this withdrawal can put a person at serious risk of ending their own life.

Withdrawal symptoms from most other drugs are not directly dangerous, but they can cause agitation, delirium, and psychosis. At the same time, withdrawal symptoms and cravings often lead addicted persons to relapse, which can end in overdose. Cold turkey detox, even if it only lasts for a couple of days, can significantly reduce a person’s tolerance to a drug. When a person builds up a tolerance to a substance, they need higher and higher doses to get the same effect. If addicted individuals lose that tolerance but are unaware of it and relapse because they can’t endure the withdrawal symptoms, they may go right back to the dose they were taking before they attempted to quit. This can easily result in overdose and possibly brain damage or death.

Also known as ultra-rapid detox, this technique of addiction treatment was developed to help people who are addicted to heroin get through withdrawal quickly and easily. Addicted individuals are put under anesthesia while given opioid blockers that cause instant and intense withdrawal as the heroin can no longer have any effect on the brain.

The theory is that withdrawal symptoms would be over in the space of several hours and that, while unconscious, patients wouldn’t have to experience them at all. However, according to studies conducted  on the technique, patients still reported discomfort comparable to those going through standard withdrawal. It also isn’t covered by insurance companies, making it inaccessible to many.

The biggest problem with rapid detox is the danger associated with anesthesia. In the US, anesthesia is involved in about 315 deaths each year. There’s always a risk of someone having a bad reaction to the anesthesia, and other things can go wrong while a person is under.

Anesthesia is generally very safe for healthy persons, but someone in the grips of an addiction is not healthy. Many health problems that are caused by or made worse by heavy, ongoing substance use also increase the risk of complications from anesthesia. These include:

The dangers and discomfort of cold turkey detox can be treated, reduced, or prevented entirely by medically assisted detox. This is a service that many addiction treatment centers offer. It is simply a stay in a hospital setting for the duration of the most intense withdrawal symptoms, usually for a few days to a week, depending on the type of drug involved. 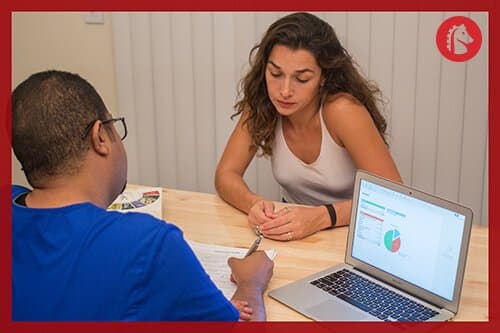 The client stays in a hospital bed where vitals can be monitored to ensure that any kind of life-threatening symptoms can be immediately addressed. Additionally, non-life-threatening but unpleasant symptoms are also treated to make the withdrawal period as easy and comfortable as possible. Anxiety and depression can be prevented with nonaddictive medications like selective serotonin reuptake inhibitors (SSRIs), and pain and nausea can be treated as they emerge. The goal of medically assisted detox is to keep the client comfortable, making it more likely that the person will successfully complete detox.

This treatment program significantly reduces the risk of relapse as there is less temptation to make withdrawal symptoms stop. Plus, monitoring clients can prevent them from relapsing due to cravings alone. Medically assisted detox also makes it easy for clients to transition into an inpatient or outpatient rehabilitation program.

Without further treatment, an addicted individual is very likely to relapse soon after detox is finished. Cravings for the substance of choice can continue for weeks, months, and even years. At the same time, if there are co-occurring mental illnesses or physical illnesses that contributed to the drug abuse behavior in the first place, there’s no reason why an addicted person wouldn’t turn back to that behavior if these conditions are not treated.

Without professional help, it can be very difficult to get and stay sober, especially from substances like alcohol, opioids, and prescription drugs. Cold turkey detox without significant help may work for nicotine addictions, but for others, withdrawal can be serious and dangerous. The best thing addicted persons can do for themselves is seek a professional medical opinion for the best way to get off a drug, and if cold turkey detox is necessary, accept all the help they can get.