Spending Money on Cocaine: How Much Is Too Much? 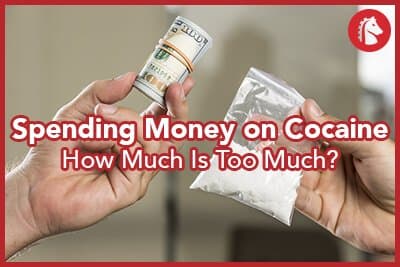 Cocaine (benzoylmethylecgonine) is a central nervous system stimulant that is a notorious drug of abuse. The drug is extracted from the leaves of the coca plant, which freely grows in areas of Central and South America. Despite what some people may think, cocaine does still retain some medical uses and is classified by the United States Drug Enforcement Administration in the Schedule II category of controlled substances. The drugs in this class are available for medical use and can legally be obtained with a prescription from a physician, although it would be very rare for cocaine to be prescribed to anyone.

According to most sources, cocaine remains used medically as a topical anesthetic to numb the nose, mouth, or throat before certain types of medical procedures, such as biopsies, wound cleaning, and even stitches. Cocaine results in the constriction of the blood vessels in areas where is applied, and this can also reduce swelling and bleeding during these procedures. It is not typically prescribed to private individuals. Thus, it is extremely unlikely (although possible) that any individual would be purchasing cocaine for medicinal use with a prescription from a physician. The possession of cocaine by private individuals is illegal unless they have some documented reason for possessing it.

Abuse of cocaine remains a problematic issue in the United States, although the decrease in prices for opioids, including heroin, has resulted in an increase in their abuse and an associated decrease in abuse of cocaine. The Substance Abuse and Mental Health Services Administration (SAMHSA) runs annual surveys on the use of legally available and illicit drugs in the United States. The latest figures indicate the following:

Based on the data collected by SAMHSA, it appears that cocaine use is relatively stable compared to the use and abuse of other drugs. Cocaine is considered by SAMHSA to be an illicit drug, and virtually no prescriptions are written for it; therefore, any personal use of cocaine would be considered to be illicit use given its controlled substance status.

What Is a Sign That Someone Is Spending Too Much Money on Cocaine?

The first thing to understand is that the amount of money a person spends on a drug is not an indicator that the person has any type of substance use disorder. However, given that there is virtually no legal reason for anyone to have a prescription for cocaine, it can be reasonably argued that anyone who is spending money on cocaine is using the drug illicitly. Thus, when one takes into consideration the standards of legality and honesty within a society, it becomes clear that anyone spending money on cocaine is engaged in an illicit activity. Hence, spending any money on cocaine is too much.

These would be indirect indicators that a person is spending too much money on cocaine:

Other issues that are not diagnostic issues can also signal that a person may be spending too much money on cocaine, such as:

From the aspect of a cost-benefit analysis, there are also several indicators that would suggest that a person is spending too much money to get cocaine. These indicators suggest that the costs (both financially and otherwise) of cocaine use outweigh any potential benefits that one might imagine they are getting from using the drug.

Some of these indicators would include:

Again, it is important to understand that these are not diagnostic signs of a stimulant use disorder, but they could be indicators that a person is spending too much money on cocaine. Finally, an individual who is diagnosed with a stimulant use disorder as a result of cocaine use, according to the American Psychiatric Association’s diagnostic criteria, would be considered to be spending too much money on cocaine.

cocaine
Your Next StepsFind help & resources