The disorder was one of the first forms of mental illness to be formally identified, and it was originally classified as dementia praecox. In the early 1900s, the psychiatrist Eugene Bleuler coined the descriptive term schizophrenia to describe the disorder as an indication that Bleuler believed that the disorder can be described as a splitting of one’s cognition or thinking from their personality. This notion of schizophrenia being a disorder of a “split mind” led to one of the most common misconceptions regarding the disorder.

Only a licensed, trained, mental health professional, such as a psychiatrist or psychologist, can formally diagnose any psychiatric/psychological disorder. There are no blood tests, brain scans, or other medical test that can formally be used to make a definitive diagnosis of any type of mental illness. The diagnosis of a disorder such as schizophrenia is made on the basis of a thorough assessment using specific behavioral signs as diagnostic criteria.

The major features of schizophrenia include displaying one or more of the following:

The diagnosis of schizophrenia is made on the basis of the following:

Why Do People Develop Schizophrenia?

Schizophrenia is a relatively uncommon disorder. According to APA, overall, females and males have equivalent prevalence rates of schizophrenia but males may have a greater propensity to display negative symptoms that females. The disorder typically appears to emerge between one’s late teenage years and their mid-30s. The presentation of schizophrenia is rare in children, but it does occur. The psychotic symptoms that occur in schizophrenia tend to diminish as one becomes older, and this has been explained as an age-related association with the declines in specific neurotransmitters (e.g., dopamine).

Many individuals complain of issues with depression, may have cognitive issues, and may have idiosyncratic-type behaviors prior to the formal onset of the disorder. As a result, many early theories of the cause of the disorder attempted to link it to child-rearing practices by the person’s parents; however, these theories have long been abandoned.

There is no identified formal cause of schizophrenia. Instead, according to APA, articles in the journal Schizophrenia Bulletin, and the book Schizophrenia, the general hypotheses suggest that schizophrenia is most likely a biological condition that occurs as a result of one or more of the following:

Research suggests that the nicotine in tobacco products, especially in cigarettes where it is delivered rapidly through smoking, may have some therapeutic-type effects for individuals who are diagnosed with schizophrenia, and this connection may explain why tobacco use is quite common in individuals with this diagnosis. However, despite any potential benefits, the risks of chronic tobacco abuse, such as the development of cancer, heart disease, emphysema, and other diseases, outweigh any potential benefits that individuals may derive from its use. 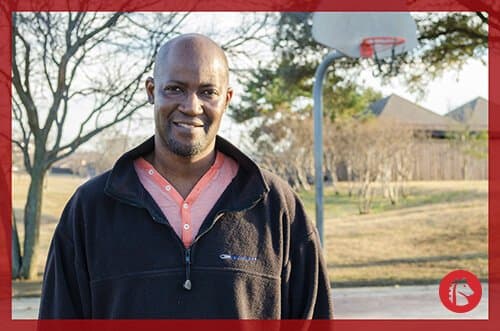 While individuals with schizophrenia may become involved in individual or group therapy, therapy is not the first line treatment option for schizophrenia. Instead, the primary form of treatment includes the use of antipsychotic medications. Early antipsychotic medications such as Thorazine (a major tranquilizer) were effective in reducing some of the symptoms of schizophrenia (especially the positive symptoms such as hallucinations and delusions), but their use also resulted in significant side effects, including the neurological condition tardive dyskinesia, which consists of involuntary movements of the face and other parts of the body.

Over the years, other drugs have been developed for the treatment of psychotic disorders, and some of the more familiar drugs include Seroquel (quetiapine), Zyprexa (olanzapine), Risperdal (risperidone), and many others. Early medications typically targeted the neurotransmitter dopamine and decreased its availability in the central nervous system; however, newer antipsychotic medications often target more than one neurotransmitter. Most individuals with schizophrenia will remain on some form of medication for a good part of their life, if not for their entire life.

People who have a diagnosis of schizophrenia and a co-occurring substance use disorder would still be treated with antipsychotic medications and other medications as well as undergoing concurrent treatment for their substance abuse issue. Depending on the individual’s capacity to participate in treatment, this may include substance use disorder therapy, support group participation, and other forms of behavioral interventions. Individuals who have developed physical dependence on drugs would be placed in a formal physician-assisted withdrawal management program. The treatment outcomes for individuals with schizophrenia are far more positive when co-occurring issues like substance use disorders are also addressed.