Approximately half of those with a mental health condition, such as obsessive-compulsive disorder, will also experience a substance use disorder and vice versa.1 This is known as a co-occurring disorder, which often requires professional services to effectively treat.

This article will discuss what obsessive-compulsive disorder is, the connection between OCD and substance use disorders, and what kinds of treatments are available.

What is Obsessive-Compulsive Disorder? 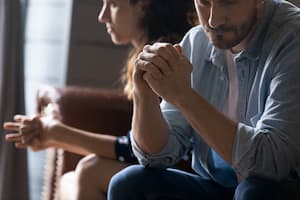 Obsessive-compulsive disorder (OCD) is a psychological disorder that consists of an individual displaying both obsessions and compulsions.2 For many years, this disorder was classified with other disorders that were primarily fueled by anxiety (Anxiety Disorders); however, the American Psychiatric Association in its most recent update of its Diagnostic and Statistical Manual for Mental Disorders has placed the disorder in its own category (Obsessive-Compulsive and Related Disorders).

Symptoms of obsessive-compulsive disorder can include, but are not limited to, the following:3

What Are The Different Types of OCD?

There are four subtypes of obsessive-compulsive disorder, including contamination, checking, hoarding, and rumination. Each OCD subtype presents with its own set of symptoms and can include the following:

All manifestations of OCD present with obsessions and compulsions. Some people may recognize that their behaviors are irrational and disrupt their lives. Others may believe them to be perfectly functional and may actually believe their actions to be useful to them despite suffering serious ramifications from their behavior.

The Connection Between Substance Abuse and OCD

OCD appears to have high comorbidity rates with depression, anxiety disorders, bipolar disorder, personality disorders, and ADHD. Any individual diagnosed with nearly any type of formal psychological/psychiatric disorder is at higher risk to also develop a substance use disorder, which is also commonly referred to as a “dual diagnosis.”

How to Treat Co-Occurring OCD and Addiction 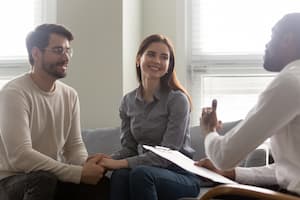 OCD is most commonly treated by using some form of cognitive behavioral therapy (CBT) that assists clients in identifying their irrational thoughts and replacing them with more functional thoughts and beliefs. In addition, CBT helps clients to develop a set of behaviors that are more in line with reality and more functional. Additionally evidence-based therapies and practices have also shown to help effectively treat those with OCD and a co-occurring substance use disorder.

Substance abuse treatment for individuals with this particular disorder should be initiated along with the therapeutic modalities they are receiving for OCD. It is well known that treating one disorder without addressing the other is counterproductive to recovery and treatment progress for either disorder. Individuals who have substance use disorders in addition to OCD need to follow empirically validated treatment protocols for their substance use disorders.

There are also a number of pharmacological interventions that can be used to assist in the treatment of OCD; however, these interventions are not long-term solutions.  Medications can complement therapy, but they are not the best overall solution for the treatment of OCD in the majority of cases. The goal of treatment should be to help the individual become as functional and autonomous as possible, and therapy will help the individual realize these goals.

The treatment of OCD is generally effective; however, like any psychological disorder, there are some potential setbacks. Recovery can be a long and sometimes difficult process.  In addition, there are some cases that do not respond to standard treatment. For example, a small subset of individuals is noted to have very severe OCD symptoms that are not responsive to medication or therapy. In these cases, certain types of psychosurgery and deep brain stimulation may be helpful in curbing obsessions and compulsions.

If you or someone you love is experiencing a co-occurring disorder, get the process of treatment started by verifying your insurance through our secure . We encourage you to call us to discuss potential payment options, as well as answer any questions you may have.

Do not wait to reach out for the help you need. Call us at to speak with one of our admissions navigators and learn more about the process of beginning treatment at our Mississippi facility.