Our guide will help you to understand borderline personality disorder and addiction, how to help someone with BPD and addiction, and treatment options for co-occurring disorders.

What Is a Personality Disorder? 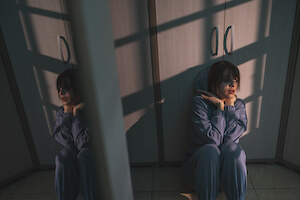 A personality disorder is a type of mental health condition that affects the way a person thinks, feels, and behaves. Often these disorders involve distorted and sometimes rigid ways of thinking, atypical behavior patterns, and emotional dysregulation. They can be disruptive to a person’s day-to-day life, relationships, and physical and emotional health.

According to the American Psychiatric Association, there are 10 types of personality disorders. These include:

What is Borderline Personality Disorder (BPD)?

Borderline personality disorder is a mental health condition that is characterized by difficulty regulating intense feelings that are felt for extended periods of time. For individuals with BPD it can be difficult to find an emotional “baseline,” which can result in poor self-image, difficult interpersonal relationships, and impulsive, sometimes dangerous behavior.

Although the formal diagnosis can only be made by a licensed mental health clinician, the diagnostic criteria to make this diagnosis cover numerous issues that the person expresses, including:

The need for an individual with borderline personality disorder to attempt to control their unstable emotional reactions, volatile feelings, and chronic feelings of boredom and emptiness, along with their tendency to be extremely impulsive, results in a very large number of these individuals having some issue with substance abuse.

How Common is Co-Occurring BPD and Substance Abuse?

Does BPD Cause Substance Use Disorder?

The most commonly occurring substance use disorder that occurs in individuals with BPD is an alcohol use disorder; however, any co-occurring substance abuse should not be ruled out. Individuals with BPD are prone to using and abusing prescription drugs like opiates and benzodiazepines, stimulant drugs such as cocaine and methamphetamine, cannabis products, and other types of substances.

According to APA, risk factors associated with a diagnosis of borderline personality disorder include:

Individuals diagnosed with BPD are extremely vulnerable to other types of comorbid (co-occurring) mental health disorders.

Treatment for Co-Occurring BPD and Substance Use Disorder

BPD and addiction can take a heavy toll on your life. But there is help to effectively manage co-occurring borderline personality disorder and addiction. Oxford Treatment Center in Etta, MS offers effective co-occurring disorder treatment to help people manage their mental health and substance use disorders and find hope and healing in a life of recovery. Our drug and alcohol rehab in Mississippi has multiple levels of care to help meet whatever need you may have.

If you or someone you love is struggling with co-occurring disorders, call our admission navigators at our inpatient rehab facility in Mississippi at . They are on hand to answer your questions about our treatment options — including our outpatient addiction treatment in Mississippi — handling the cost of rehab, and the admissions process. They can even help you make travel arrangements to our center.

To find out about using insurance to pay for rehab, you can check your coverage hehttp:///addiction-treatment/paying-for-treatment/re by filling our simple and secure

co-occurring disorders
Prefer getting help via text?
We're available 24/7 via text message. Signup below for access to our team when its convenient for you!
and many more...
Get the Info & Help You NeedWe offer a range of treatment programs. Learn about your options.