Panic Disorder and Drug Abuse: How to Find Treatment

Alcohol and other drugs are especially dangerous for individuals suffering from anxiety disorders because these substances can make symptoms worse, and increased anxiety can make an individual want to use more. According to the Anxiety and Depression Association of America, abusing alcohol and drugs can cause panic attacks. Additionally, panic disorder increases the risk of relapse for individuals with substance use disorders.

What Is Panic Disorder?

Panic disorder is an anxiety disorder that is characterized by episodes of overwhelming and often debilitating fear despite a lack of any real danger. The physical symptoms that accompany these episodes include heart palpitations, shallow breathing, dizziness, chest pain, and abdominal distress. According to the National Institute of Mental Health, these panic attacks can last for several minutes or longer. They can happen at any time, and people with the disorder often worry about the next possible attack, which can cause even more anxiety and fear.

According to the National Institutes of Health, 2.7 percent of adults in this country suffer from panic disorder in any given year. In 44.8 percent of these cases, or 1.2 percent of the adult population, the disorder is considered severe.

Most people experience a panic attack at some point during their lives, but panic disorder is characterized by regular or frequent episodes or the constant fear of another attack. Panic attacks are not necessarily life-threatening; however, individuals with panic disorder may feel inclined to self-medicate in order to ease their anxiety. This type of substance abuse poses serious risks of its own.

How Is Panic Disorder Treated?

Treating any mental illness is challenging because everyone responds to therapy and medication differently. The underlying cause of the disorder is different among individuals as well, but there are some general treatment modalities that may work for most people.

According to Mayo Clinic, a combination of psychotherapy and medication may be able to reduce the frequency and severity of panic attacks while helping individuals function in everyday life. During talk therapy, individuals will aim to address the underlying issues that contribute to their anxiety in the first place, and they will learn coping mechanisms for dealing with the onset of fear that might otherwise lead to a panic attack. Cognitive Behavioral Therapy is just one approach that helps individuals gain the skills they need to cope with their disease. Since panic disorder is a chronic condition, individuals may need to arrange for ongoing counseling sessions or maintenance visits in order to ensure their anxiety stays in check.

According to the American Psychological Association, medication may also be an effective treatment approach in some cases. This includes selective serotonin reuptake inhibitors (SSRIs), serotonin-norepinephrine reuptake inhibitors (SNRIs), and benzodiazepines. SSRIs and SNRIs are fairly safe to take for an extended period of time. Benzodiazepines, on the other hand, are central nervous system depressants that may be habit-forming in some individuals. For that reason, doctors typically only prescribe them for a short period of time. Individuals who are admitted to the emergency department while having a panic attack may also be given benzodiazepines. They are not a good long-term treatment option though, because of their addictive potential. Since individuals with panic disorder already have a higher risk of substance abuse, they should avoid taking such drugs as much as possible.

Does Panic Disorder Cause Substance Abuse?

There are three main ways that these co-occurring disorders can develop. In some cases, individuals develop panic disorder first and aim to ease the symptoms by using drugs or alcohol. With prolonged use, this can lead to dependence and eventually addiction. In other cases, people begin abusing substances and develop a panic disorder as a result of their addiction. Many substances can cause depression and anxiety, and if left unchecked, these symptoms can lead to a disorder. In the third scenario, panic disorder and addiction develop independently of each other and just happen to occur at around the same time in the same individual.

How Do You Treat Co-Occurring Disorders?

Both panic disorder and addiction are chronic diseases, which means ongoing care is critical in order to prevent relapse. Aftercare (ongoing care that may last for life) is the last step to treating these co-occurring disorders, and although there are a variety of different treatment modalities, the first step is generally always medical detox.

During medical detox, the individual stops taking all substances so the body can begin to readjust to life without them. Clients who have developed dependence on drugs or alcohol will experience physical withdrawal symptoms at this stage, but healthcare providers in an addiction treatment facility can manage the worst of the symptoms. The detox timeline will vary among individuals depending on a variety of factors, but for most substances, the worst of the withdrawal symptoms will subside in less than a week.

Following medical detox, clients can begin to tackle the psychological symptoms of addiction as well as those of panic disorder. Treatment typically begins with an evaluation to identify the severity of both disorders and to devise an effective, integrated approach. Since Cognitive Behavioral Therapy can treat both panic disorder and substance use disorder, it is a common approach to treating individuals who suffer from both illnesses at the same time. Group therapy and family therapy may also help clients find the support they need to stay on the path to recovery, and a good aftercare plan will almost always include regular or intermittent counseling of some kind.

Although medication is commonly used to treat panic disorder, it may not be the best approach for individuals who also suffer from substance use disorder. For that reason, clients may be more open to trying complementary and alternative treatments for anxiety, and they will often be able to do so at a treatment facility before devising an aftercare plan. 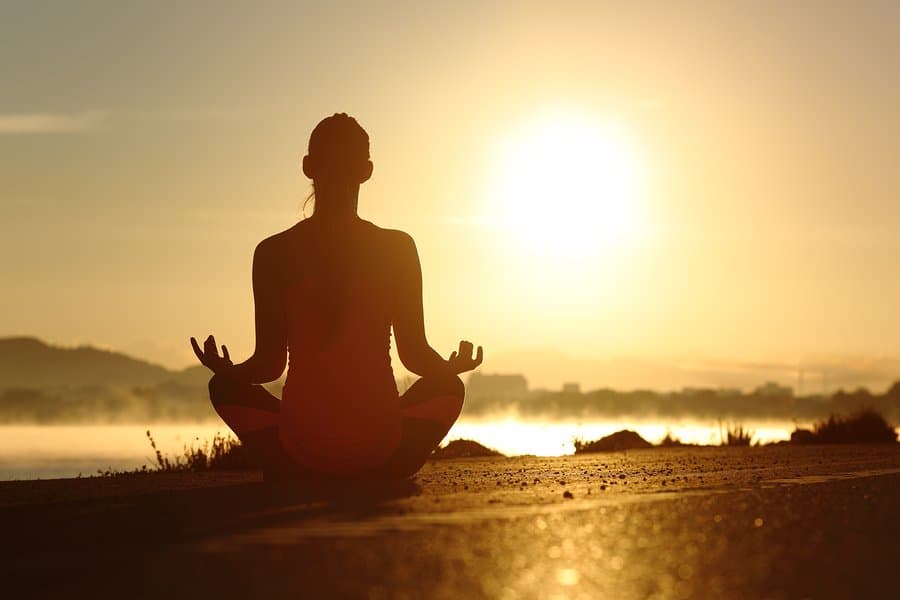 Natural and holistic remedies that can ease the symptoms of panic disorder include:

Living with one mental illness is incredibly challenging, so it’s vital that co-occurring disorders are managed with care. Loved ones suffering from co-occurring disorders like panic disorder and substance use disorder need encouragement and support from peers, family members, and friends. With the right level of care and a positive support structure in place, recovery is within reach for those who suffer from panic disorder and substance abuse.

It’s never too late to reach out for help. If you or someone you love is struggling with the devastating side effects of addiction and are unsure of where to turn, call us today at . Oxford Treatment Center, American Addiction Centers’ substance use rehab center in Mississippi, is ready to help you get the treatment you need today.