Antidepressants & Drug and Alcohol Abuse: What are the Risks?

Antidepressant medications make up a class of drugs that are designed to treat the symptoms of clinical depression. Even though numerous other drugs can treat depressive symptoms, antidepressant medications are designed specifically for this purpose. Other drugs are being investigated for their utility in treating depression, such as ketamine and even opiate drugs, but these drugs are not antidepressant drugs as their original manufacture and design is not to address the symptoms of clinical depression. 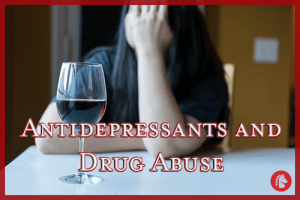 Currently, there are several different classes of antidepressant drugs: 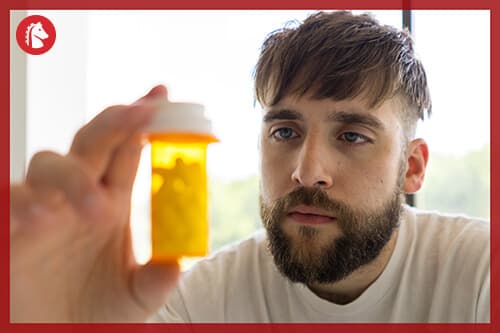 Despite a common misconception, the use of antidepressant drugs does not make one giddy, abnormally happy, or euphoric like the “high” that one receives from other types of drugs, such as opiates or alcohol. Although there are cases of individuals abusing antidepressant drugs, these medications are not common drugs of abuse and certainly do not produce the types of psychoactive effects (euphoria) that many other drugs produce.

For some people who use antidepressants, there are unintended side effects that may weakly resemble the psychoactive effects of other drugs, such as hypomania, lethargy, and hallucinations, in rare cases; however, these are untoward effects of the drugs that occur very rarely and are not experienced by the vast majority of people using these drugs. There is a mild withdrawal syndrome associated with the discontinuation of antidepressants when a person has been using the drug for a lengthy period of time (on a continual basis for at least six weeks or more), but the withdrawal symptoms are very mild and can be controlled by the prescribing physician in most cases.

Antidepressant Abuse?
There are numerous medications that have the inscription on their labels, “Do not take in conjunction with alcohol,” or some other similar warning or disclaimer. The reason that alcohol use is commonly prohibited or strongly discouraged when a person is taking a prescription medicine is that alcohol typically limits the effects of the medication, results in side effects that can be serious, or the effects of the drug can be dangerously enhanced when combined with alcohol.

Opiates and Antidepressant Use
Opiate drugs include illicit drugs like heroin and prescription medications that are primarily used to control pain, such as morphine, Vicodin, OxyContin, and codeine. Individuals who suffer from chronic pain may be prescribed opiate drugs for pain control.

Use of opiate drugs when they are not prescribed is extremely dangerous. A person who was on an antidepressant medication may already be experiencing a mild level of central nervous system depressant effects, and taking an opiate drug, particularly in the types of doses that abusers use, can exacerbate these effects because opiate drugs are powerful central nervous system depressants. Most readers are acutely aware of the dangers associated with opiate abuse and overdose, including the potential for death. Using opiate drugs that are not prescribed and while on antidepressant medications can lead to significant problems with lethargy, respiratory suppression, and alterations in judgment and thinking that can be potentially serious and even fatal.

Moreover, an individual who has chronically abused opiate drugs and is undergoing opiate withdrawal may experience an exacerbation of withdrawal symptoms if they also stop using their antidepressant medications. This can lead to potentially dangerous issues with dehydration or judgment and reasoning that can lead to accidents or even intentional self-harm.

Antidepressants and Benzodiazepines
Benzodiazepines include familiar drugs like Valium and Xanax. They are central nervous system depressants that are designed to treat anxiety or seizures. Because depression and anxiety are common bedfellows, it might not be unusual for a person with an atypical form of depression who has strong feelings of nervousness, jitteriness, etc., to receive a prescription for a benzodiazepine from their treating psychiatrist. In addition, certain anxiety disorders, such as panic disorder and agoraphobia, often have associated depressive symptoms, and a psychiatrist might describe both an antidepressant (most likely an SSRI) and a benzodiazepine. However, it is known that use of benzodiazepines can inhibit the effects of the transmission of serotonin in the brain, and using benzodiazepines while one is on antidepressant medications could reduce the effects of the antidepressant.

Moreover, benzodiazepines are central nervous system depressants like alcohol and opiate drugs. When the substances are combined, it could lead to increased side effects, increased issues with lethargy, and/or an increased potential for overdose.

Stimulants and Antidepressants
Stimulants include drugs like cocaine, methamphetamine, Ritalin, Concerta, and substances that are found over the counter like caffeine and dietary aides. Most stimulant drugs increase the available levels of the neurotransmitters dopamine and norepinephrine in the brain. Rising levels of dopamine inhibit the release of serotonin, and it is conceivable that using or abusing stimulant medications by someone who is taking an antidepressant medication could seriously interfere with the effectiveness of the antidepressant medication. Moreover, the use of stimulant drugs in conjunction with antidepressant medications would be expected to increase the potential for the development of side effects to either drug that can include lethargy, drowsiness, problems with motor control, and even the potential for hallucinations.

In general, use of cannabis products produces central nervous system effects. In some individuals, an increase in anxiety and even hallucinations may occur. There is little research devoted to understanding the effects of cannabis in conjunction with being prescribed antidepressant medications. This means that there is potential for unpredictable interactions between these two drugs to occur. Moreover, chronic cannabis use is often associated with problems with motivation, and the use of cannabis products while on antidepressants may lead to the person stopping their use of the antidepressant. This might trigger what is known as an antidepressant discontinuation syndrome, a mild form of withdrawal that occurs in some people when they stop using antidepressant medications.

There is quite a varied side effect profile that is associated with the use of antidepressant medications in general.

It is not advisable that any person using antidepressant medications for any reason use any type of prescription medication, illicit drug, or alcohol unless they are instructed to do so by their physician. Any person who believes that they have a substance use disorder should consult with a licensed mental health professional.

antidepressants
Ready to get started?
We're available 24/7 to answer questions and help you make decisions about starting recovery from drug use.
Your Next StepsFind help & resources