It is estimated that in the United States, nearly 20 people per minute are physically abused by an intimate partner.1 One in 3 women and 1 in 4 men have experienced physical violence.1 October is Domestic Violence Awareness Month and it’s a great reminder that we need to talk about healthy relationships, intimate partner violence, and ways to prevent abuse. It’s debated whether drugs and alcohol can be a trigger in domestic abuse, but statistically, substance misuse is often involved.

More than 10 million women and men in the United States are physically abused by an intimate partner. On average nationwide, there are over 20,000 calls placed to domestic violence hotlines per day.

The NCADV reports that in Mississippi:1

When the abuse is between two romantic partners specifically, it can be referred to as intimate partner violence (IPV) instead of domestic violence.1

Domestic violence and drug and alcohol misuse are connected in three major ways: 2

One study led by the University of Oxford found that analyzed hundreds of thousands of medical records and police data found that men with an alcohol or drug dependence are 6 to 7 times more likely to be involved in domestic violence against women. 4

Research has also found that some victims are coerced into using drugs and alcohol by their abusive partner. The abusive partner can also then sabotage the victim’s efforts to seek substance treatment or threaten to alert the authorities of their substance use. 5

Celebrities Speak Up About Domestic Abuse

The #MeToo movement (now almost 20 years since it was founded) was created by Tirana Burke to empower black women who had suffered sexual abuse. In 2017 the #MeToo movement went viral after news sources reported on the sexual harassment against Harvey Weinstein.6

#MeToo has since expanded to describe rape, domestic violence, gender bias, verbal abuse, and workplace sexual harassment. Celebrities like Charlize Theron and Tyler Perry have spoken out about the abuse they have suffered from parents with alcohol addictions.7 Recently, the very public Johnny Depp vs. Amber Heard trial brought up incidences that involved both substance use and violence. In one example, Depp claimed his ex-wife threw a bottle of vodka at him during an argument, severing his finger. 8

The Office on Women’s Health has helpful resources on how to identify domestic violence/abuse and how to get help. For many men and women domestic violence or intimate partner violence “can be difficult to see if it starts little by little if your partner says they love you, or if they support you financially.”

Oxford Treatment Center is an industry-accredited drug and alcohol rehab in Mississippi that has treated over 8,000 patients. Along with evidence-based behavioral therapy, Oxford offers specialized programs including:

For more information on how to get help, levels of care offered, and any other questions you may have, speak with a compassionate admissions navigator available 24/7 at . 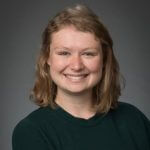 alcoholalcohol rehabco-occurring disordersfamily & loved onestherapy
Prefer getting help via text?
We're available 24/7 via text message. Signup below for access to our team when its convenient for you!
and many more...
Get resources & helpBrowse 100s of informative articles.