Modafinil Tolerance: How to Help Yourself

Modafinil is a prescription stimulant medication created to treat excessive sleepiness, narcolepsy, and other sleep disorders. It can also be prescribed alongside specific breathing devices to prevent fatigue from conditions like sleep apnea and related breathing obstructions. While modafinil promotes wakefulness, it is not based on amphetamine drugs like other prescription stimulants, including Adderall and Ritalin.

This medication is taken orally, as a tablet, with or without food. Many studies suggest that modafinil is safe to take for a long time, but it is important to work closely with the prescribing physician to safely take it. Taking the drug without a prescription or in different doses than prescribed is a form of drug misuse, which can lead to drug abuse, dependence, tolerance, and addiction.

What Is Modafinil, and Why Is It Abused? 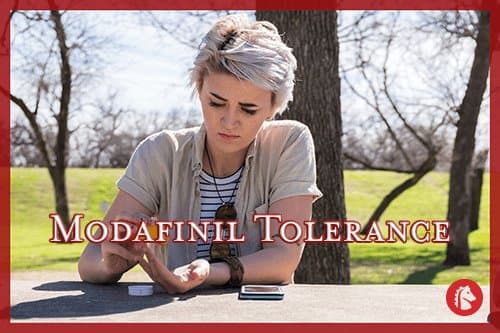 The US Food and Drug Administration (FDA) lists modafinil, in both its generic form and its prescription form Provigil, as a Schedule IV substance, according to the Controlled Substances Act (CSA). This means that modafinil is regulated, but not as closely monitored as prescriptions for opioid narcotics or other stimulant drugs that contain amphetamine. The FDA also reports that modafinil is much safer than many prescription drugs, with barely any risk of addiction or abuse and rare withdrawal symptoms.

Because it is a stimulant, modafinil can cause psychoactive and euphoric effects, including:

Like other prescription stimulants, modafinil changes how dopamine is released in the brain. By increasing the amount of available dopamine, the individual feels more awake, energetic, and high. Clinical studies involving monkeys showed that, rarely, the drug could be “reinforcing,” meaning the experience of mood-altering effects may lead to patterns of abuse. Still, the experience of addiction, withdrawal, and relapse associated with drugs like dextroamphetamine has not been observed with modafinil, so it is believed to be safer.

Side effects associated with modafinil include:

The only reported withdrawal symptoms among those prescribed modafinil to treat narcolepsy involve a return of sleepiness, especially during the day. Since this is a common symptom of sleep disorders, the return of this symptom in the absence of medical treatment makes sense.

Modafinil does not lead to addiction or withdrawal symptoms for many, so few people develop a dependence on the drug or a tolerance to it. However, taking large doses, especially if the dose is more than the prescribed amount, has led to some instances of tolerance to the drug. This can become problematic because a person who is physically tolerant to modafinil due to drug abuse may begin taking larger doses to get high, which can lead to overdose.

How Does Tolerance to Modafinil Develop? 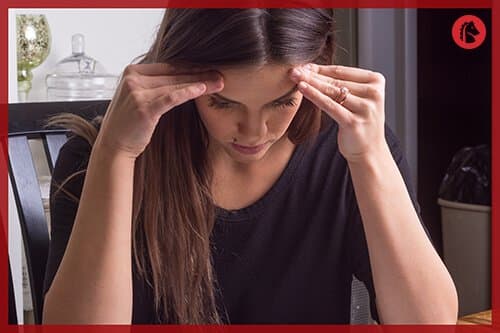 According to the National Institute on Drug Abuse (NIDA), tolerance occurs when one takes a drug long enough that their body becomes used to the substance’s presence. Once the body becomes used to the drug, the substance does not cause the same experiences or effects as before. For stimulants, this means that the high, increased energy, elevated mood, and intensified awareness do not occur as strongly.

The European Medicines Agency (EMA) reports that there are 485 reports of abuse, misuse, dependence, and tolerance involving modafinil in their pharmacovigilance database. These were listed between 1999 and 2007, with misuse and illicit abuse through diversion accounting for less than 3 percent of the reported instances. The predominant form of modafinil abuse is as a performance enhancer – as a work or study drug, similar to how Adderall and Ritalin have been abused in the US.

Those who abuse the drug without a prescription are at greater risk for developing a tolerance to the substance and increasing how much they take; however, some reports show that long-term prescriptions for modafinil can lead to tolerance as well. Some clinical studies have not found evidence of tolerance at therapeutic doses (doses as prescribed by a physician). These studies ranged from 40 weeks to three years. The EMA reported a study that found that, over a 12-month prescription period, 70 percent of participants needed to increase their modafinil dose to receive the same effects as the initial prescription.

In 2009, reports on modafinil’s abuse and tolerance potential suggested that, because the drug was not easily snorted or injected to get high faster, it was less likely to be abused than other stimulant drugs. The drug is not prescribed as widely either because it is more expensive than other stimulants; with fewer prescriptions, modafinil is diverted less often. However, since it was originally approved by the FDA, modafinil is becoming more common for off-label or illicit abuse as a cognitive enhancer.

Although it is known that modafinil adjusts how much dopamine the brain releases, the exact mechanism that triggers this process is not well understood. The substance does not act like amphetamine-based stimulants. Still, modafinil and Adderall reportedly bring similar levels of stimulation and cognitive enhancement by increasing the amount of dopamine available to the brain; however, modafinil has fewer immediate side effects and withdrawal symptoms. While this may make it easier to stop taking the medication, some people may be more at risk because they will not experience immediate negative effects from the potent psychoactive medication. This may increase the risk of abuse, which could increase the risk of tolerance and overdose.

One case report of modafinil tolerance and addiction showed that, like other prescription drugs, slow tapering of the medicine helped to end the physical experience of dependence and tolerance. This process was scheduled and monitored by a physician. Even if withdrawal symptoms are rare, the best way to safely taper off dependence and tolerance of any prescription drug, including modafinil, is to work with a doctor to reduce the risk of relapse.

Relapsing back into modafinil abuse or continuing to abuse the drug in larger doses as tolerance to the substance increases puts one at risk of overdose. If a person overdoses on modafinil, or any other drug, call 911 immediately. The individual needs emergency medical attention to survive.

How to Overcome Modafinil Tolerance

Taking modafinil as prescribed is much less likely to lead to physical tolerance than misusing the drug or abusing it without a prescription. For those who do develop a tolerance and begin to feel like they need more modafinil to treat symptoms of their original condition, speaking with their doctor to adjust the prescription or switch to a new medication will help. Prescribing physicians may recommend taking a break from the drug to adjust the body’s interaction with the medication, but this should only be done with a doctor’s oversight.

Withdrawal symptoms, though rare, may include:

Those who struggle with abuse of modafinil, however, should seek help from an addiction specialist. While there may be few physical withdrawal symptoms associated with quitting modafinil, people who struggle with addiction or substance abuse patterns are at risk of experiencing cravings and psychological withdrawal symptoms. Entering a rehabilitation program that offers behavioral therapy will help to manage these experiences and change compulsive behaviors around intoxicating substances.

Don’t let the devastating side effects of addiction go on for another day. If you or someone you love is struggling with addiction and are ready to start the treatment process, call us today at . Oxford Treatment Center, American Addiction Centers’ inpatient drug rehab center in Mississippi, is ready to help you get the treatment you need today.

detox
Prefer getting help via text?
We're available 24/7 via text message. Signup below for access to our team when its convenient for you!
and many more...
✕
Instantly Check Your Insurance Coverage
Your information is safe & secure
At Oxford, we accept most types of private (non-government) insurance and offer a variety of payment options.
You can quickly and privately check your insurance benefits to see if you're covered for addiction treatment services. We’ll be able to tell you if your provider is in network with Oxford Treatment Center and all American Addiction Centers locations.
This means your treatment may be FREE1 depending on your policy, copay, and deductible.
Get the Info & Help You NeedWe offer a range of treatment programs. Learn about your options.