Taking Campral for Alcohol Abuse and Addiction: Is it Effective?

Campral (acamprosate) was approved by the Food and Drug Administration (FDA) in 2004 as an adjunctive treatment for individuals who have alcohol use disorder. Campral is one of a handful of medications that have this type of approval and restricted use. The other two medications that are approved for the treatment of alcohol use disorders are Antabuse (disulfiram) and ReVia (naltrexone). 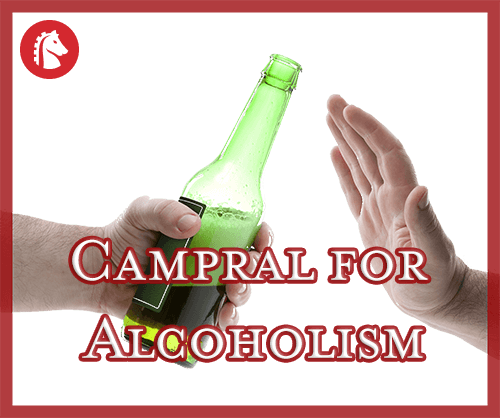 There are a number of proposed neurotransmitters that are believed to be affected by Campral; however, the actual mechanism of action by which the medication operates is not fully understood. It is believed to primarily affect the activity of the N-methyl-D-aspirate neurons in the brain (NMDA receptors, a subclass of the excitatory neurotransmitter glutamate) and the gamma-aminobutyric acid receptors (GABA, the primary inhibitory neurotransmitter in the brain). In addition, it may affect the calcium channels in neurons.

All of these neural pathways are involved in the physiological effects associated with alcohol abuse. It is believed that the drug inhibits the functioning of the NMDA receptors and acts in enhancing the effectiveness of the GABA receptors, and this accounts for its mechanism of action. However, the actual mechanism of its neuropharmacology is unknown, and this explanation is speculative at best.

Utility in the Treatment of Alcohol Use Disorders

There are a number of double-blind, placebo-controlled research studies that have indicated that use of Campral is an effective adjunctive medication in the treatment of alcohol use disorders. However, better quality research findings are found in meta-analytic studies investigating its effectiveness. Meta-analysis is a statistical technique that is able to review the results of multiple studies regarding some specific treatment outcome. This means that meta-analysis offers more reliable and therefore a more valid picture of the overall effectiveness of a particular form of treatment then a single study does.

The results of these meta-analytic studies suggest that Campral is an effective adjunctive treatment for individuals who are in recovery from alcohol use disorders. However, there are a couple of caveats to this research.

Campral has a relatively benign side effect profile; however, all drugs have side effects.
There are some side effects associated with its use, such as:

There is not enough empirical evidence to suggest that the use of Campral is associated with a reduction in cravings or in an increase in abstinence from other substances of abuse, such as opiates, stimulant medications, cannabis, etc. It is only formally approved for individuals who have alcohol use disorders and may have some off-label uses, including tentative use for the treatment of other substance use disorders.

detoxtreatment
Get the Info & Help You NeedWe're open across the US. Learn about your options.