Spending Money on Weed: How Much Is Too Much? 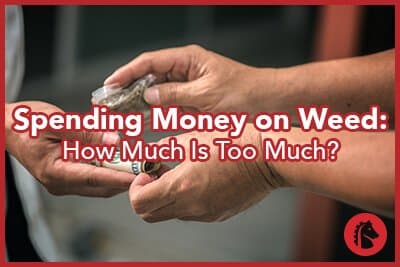 The federal government, via the United States Drug Enforcement Administration (DEA), still classifies marijuana (cannabis) products as Schedule I controlled substances. This classification means that the DEA considers cannabis products to have no known medicinal value and to be extremely dangerous potential drugs of abuse that can result in the development of physical or psychological dependence. This is in spite of the recent legalization of marijuana for both medicinal and even recreational use in many states and many upcoming ballot decisions addressing these issues.

However, because it is recognized that there is a legitimate substance use disorder that can result from the misuse of cannabis products, it is important to spotlight the potential downside of use of this drug. Financial burdens associated with regular cannabis use, even in states where it is legal, should be considered to be a potential downside of the increased availability of cannabis products.

herbalmarijuana
Ready to get started?
We're available 24/7 to answer questions and help you make decisions about starting recovery from drug use.
Are you covered for addiction treatment? Find your insurance.
and many more...
✕
Instantly Check Your Insurance Coverage
Your information is safe & secure
At Oxford, we accept most types of private (non-government) insurance and offer a variety of payment options.
You can quickly and privately check your insurance benefits to see if you're covered for addiction treatment services. We’ll be able to tell you if your provider is in network with Oxford Treatment Center and all American Addiction Centers locations.
This means your treatment may be FREE1 depending on your policy, copay, and deductible.
Your Next StepsFind help & resources